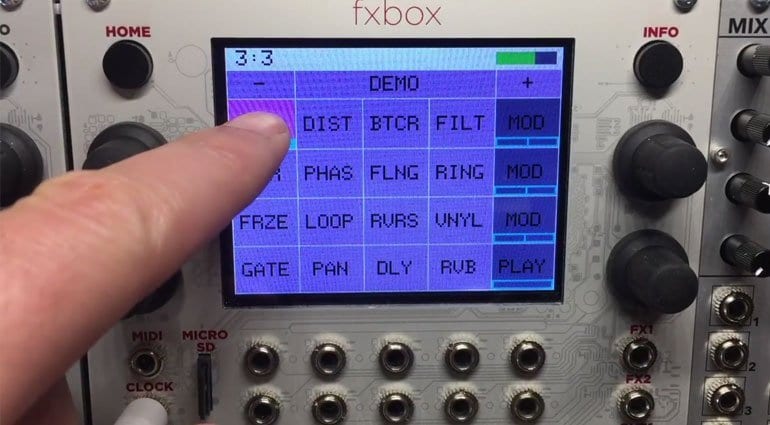 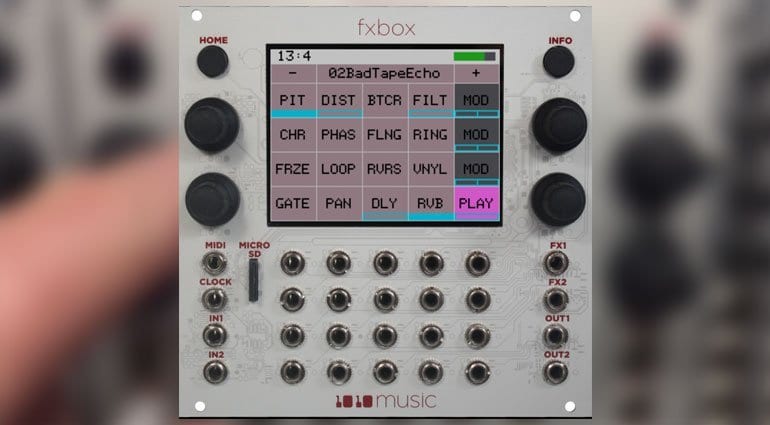 We first saw this module back at the NAMM show. 1010music have now announced that the fxbox Eurorack effects processor has shipped to shops and customers and is all ready to bring some touchy effects to your performance.

It’s a wide looking module at 26hp. With that striking screen and a grid of patch points it looks like a crash of technologies. Fxbox is a digital effects processor with a touch-screen interface and voltage control. The screen offers instant triggering of effects in a performance/DJ styli but it also has some hidden depths. It can become an XY pad for some instant control. It also houses a step sequencer for controlling effect parameters.

There are 16 available effects, which are all available, all at once. All the usual suspects are present and accounted for – reverb, delay, modulation, bit crushing and vinyl, distortion and looping. They can be chained and layered, messed about in the sequencer or XY pad which can morph up to three parameters at once.

The grid of patch points at the bottom offers gate inputs for all 16 effects, turning then on or off in response to the rest of your modular. There are also two FX inputs for CV control of effects parameters. It offers a stereo input and output, which seems, perhaps, a little disappointing.

It comes with 50 presets ready to go and the SD card slot on the front allows for saving your own once you get creating.

It looks like fun to play with and could easily make its way into your performance. Although it feels a little like being pulled back into screens and menus again, a rejection of which is often a reason to get into modular in the first place. But there are many ways to run a Eurorack.

Fxbox is available now for $599.95 and you’ll find more information on the 1010music website. 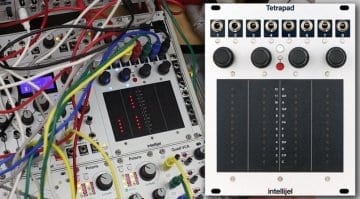