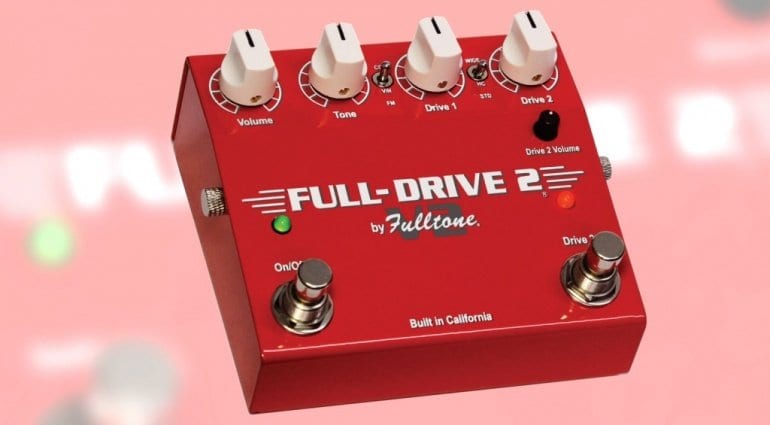 Fulltone has just announced a new version of its Full-Drive2 pedal. The V2 is smaller than previous incarnations and is based on a 1990s design. The Californian pedal builder says it’s refined this old classic with a few design tweaks to bring it up to date.

At first glance, it looks like the 10th Anniversary Edition with MOSFET, but is actually a small version of the original Full-Drive 2 from the 1990s based on a JRC4558 chip. The knobs have stayed the same, moving just a little bit closer together – Volume, Tone, Drive 1 and Drive 2. The latter has a small Drive 2 Volume knob just below it. 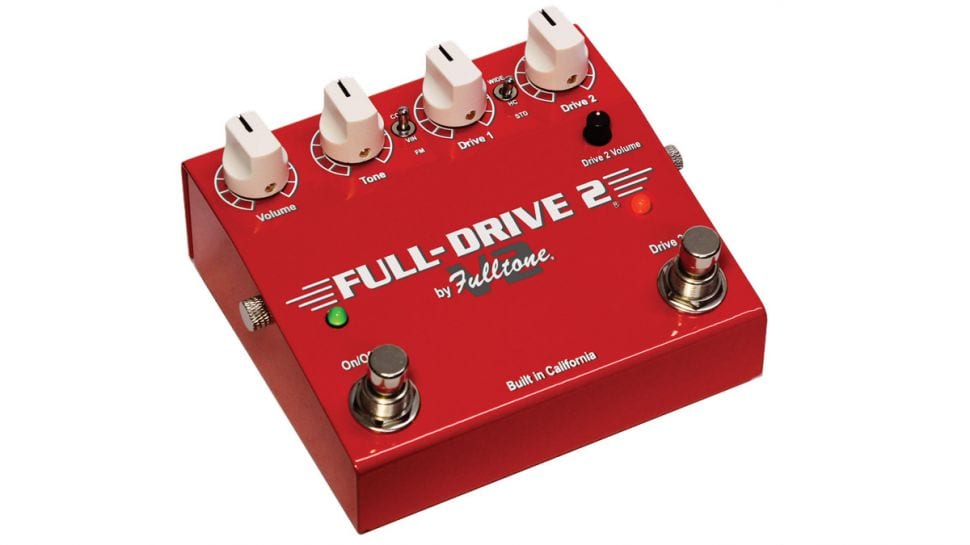 In between, there are now two small switches that give you additional options. The left 3-way switch can be used to select between three modes: Comp Cut (no clipping diode), Flat Mids (self-explanatory) and Vintage  (asymmetrical clipping). The right switch also has three positions and can be set to Wide (combining Mosfet and Schottky diodes), Standard (he classic FD2 sound) and Half Clipped (only clips the top frequencies of the waveform for better clarity).

As usual, be the two footswitches can toggle the Drive Mode or bypass the effect as a whole. The bypass switch uses what Fulltone calls the ‘No Pop Bypass’. This pedal can run from power supplies rated between 9 to 18 volts, so will fit onto most pedalboards. 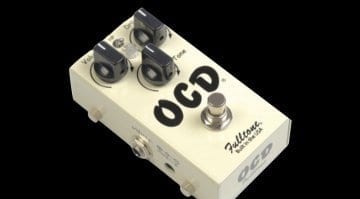