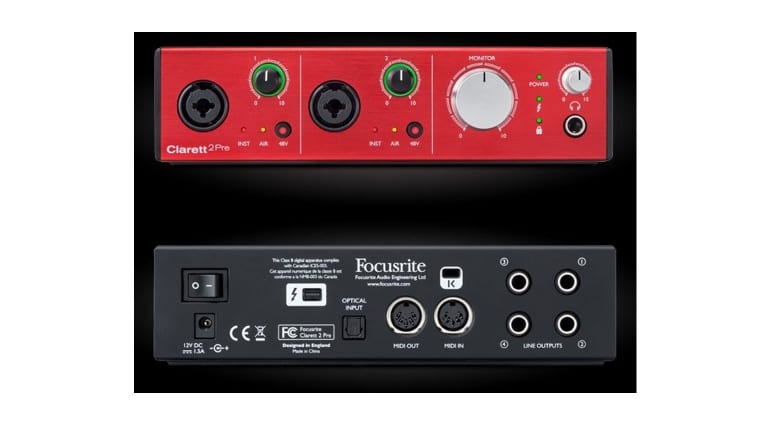 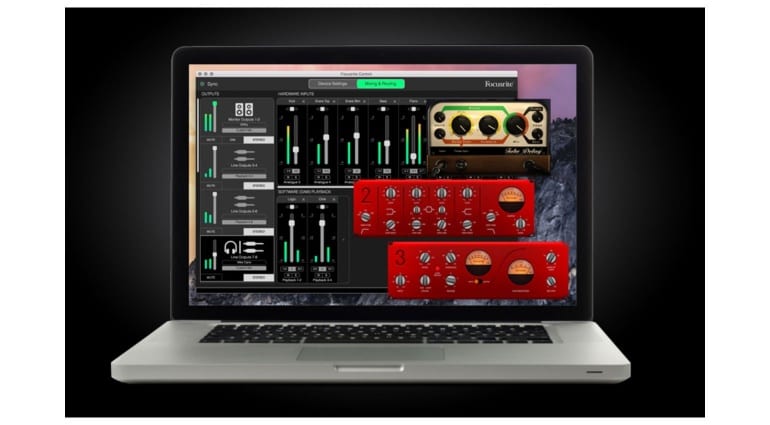 Thunderbolt has taken much longer to really get a foothold in the pro audio market than I’d expected. Partly this is because USB2 is “good enough” for some people and also much cheaper to license, as well as being fitted as standard on just about everything. It’s also because there are still a lot of machines out there clinging on to FireWire connectivity: a dead format, realistically speaking. Also, good luck finding a Windows PC off the shelf that accepts Thunderbolt. Despite all that, heavy hitters like Focusrite are using the format in smaller and smaller interfaces. And with good reason – it’s super fast, reliable and relatively future proof. Enter the Clarett 2Pre.

This device is definitely at the more portable end of the company’s range of interfaces but packs a decent amount of I/O into that compact frame: two hi-z combo inputs on the front with cool “halo” effect level meters and four line outs on the back. There are an extra 8 channels of ADAT digital input which boosts the capacity to ten inputs, though you’ll need to add a digital mic pre to actually be able to use this. Your MIDI gear doesn’t get left out in the cold either, with 1×1 ports; the “air” switch sends your two main inputs through some analogue modelling.

Focusrite claims extremely low roundtrip latency and they throw in a software bundle too, including some goodies from Softube and models of Focusrite’s Red hardware. Given the company’s pedigree for making great-sounding hardware this seems like it would be a great option for producers on the move, or anyone short of space. It’s not the cheapest small interface around but then in many cases you get what you pay for! It’s available for EUR499 / £360.

Read more about it here 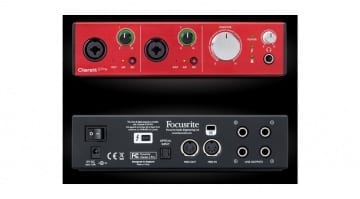 Focusrite complete the Clarett lineup with the 4Pre