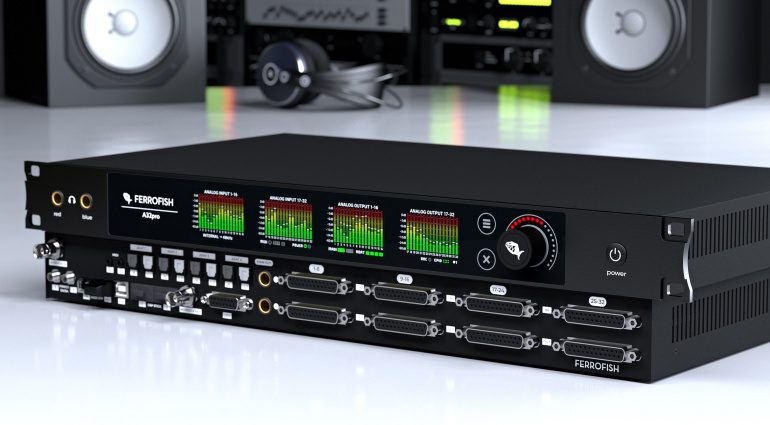 The new models are based on a new modular hardware platform and implement the latest generation converters from ESS Tech, operating at up to 192kHz sample rates and 24-bit depth. Changes are present on the outside as well. The A32pro and A32pro Dante feature updated front panels with touch-screen controls for easier operation.

Digital connectivity supports up to 64 channels over MADI via dual SFP slots (either optical or coaxial MADI SFP) which can be run in tandem for redundancy. Up to 32 channels of ADAT optical I/O is provided in each direction. It is possible to use one of the connections for S/PDIF optical I/O. The A32pro Dante also supports an additional 64 channels of I/O via Audinate’s popular Dante networking format.

The units make it possible to freely convert audio signals between all analogue and digital formats. They can be routed to multiple destinations in blocks of 8 channels. Multiple FERROFISH units can be connected in series and powered from redundant power supplies. The units are sized in 19-inch 1U frames and employ silent fan-less designs.

The FERROFISH A32pro and A32pro Dante are expected to start shipping in April 2022. They will be sold via Ferrofish distributors, such as Thomann (affiliate link) and Synthax. The prices are as follows: 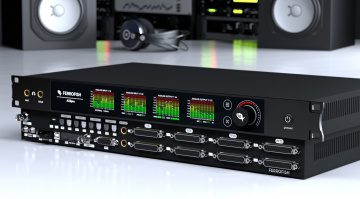 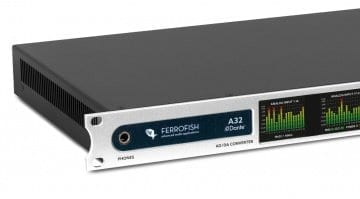 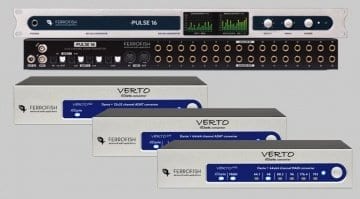 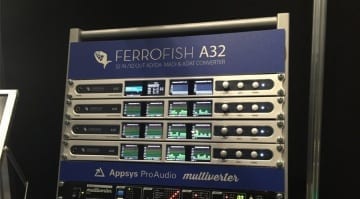 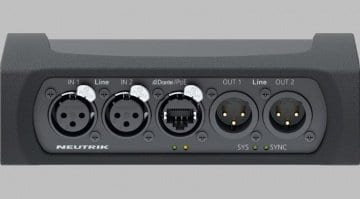