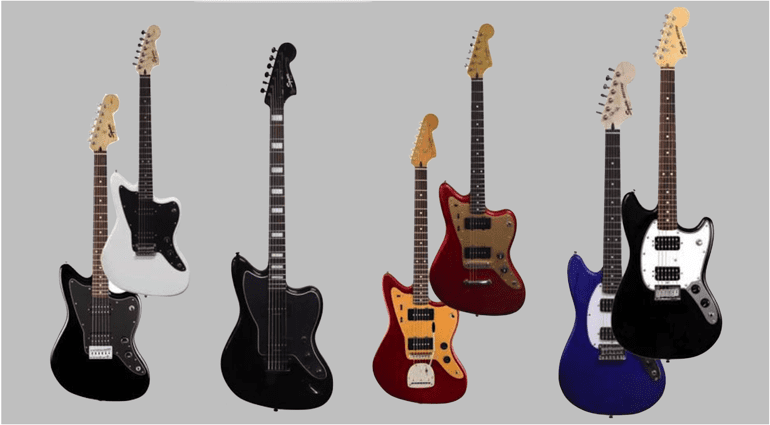 Fender Squier Range has announced a new set of offset models, due to be presented at Winter NAMM 2017. If you’ve tried some Squier brand guitars over the last 5 years, you might, like me, be getting the feeling that this is a ‘budget’ brand whose quality has been improving of late. Will the 2017 models take this trend further?

Offset on a budget

Offset guitars are very much the trend at the moment. They’ve enjoyed a huge resurgence in popularity lately, along with bands from the early ’90s like Sonic Youth, My Bloody Valentine, Dinosaur Jr and Nirvana. Back then they were cheap. Unfortunately, the prices of originals have soared in price and nowadays you will find it hard to find an original vintage Fender offset guitar on the cheap.

Luckily for us offset fans, Squier has been making reissues for a few years and has done a pretty good job of it. If you search enough on a certain video streaming website, you may even find some reports I did many years ago on the Squier J Mascis Jazzmaster. To summarise, I thought for the money it was an excellent guitar!

Since that signature model was released, the Squier range has been knocking out all manner of budget offset guitars. For 2017, it looks like we have some new variations and colour schemes to get excited about. These models are already being listed on dealer websites (though nothing official as yet on the Squier website) and I have been talking about them over on certain guitar geek forums with my offset-obsessed online friends already…

At last, a Squier Baritone that is not coloured like a 1970s bathroom suite! The last version was in vomit, inducing ‘Antigua’ or as I call it ’70s Avocado’. Tuned A to A and featuring a  30” scale length, this puppy should give you some low-end growl without forcing you to resort to a bass. This is great for players like me, or anyone that likes 1980s The Cure tracks. It also has Duncan Designed JM101B single coils with Alnico 5 magnets, so it should sound pretty feisty, I reckon.

It’s got pretty much the same spec as before, but now it’s sporting an all blacked out colour scheme that’s cool as f**k.

Squier Blackout Baritone. This is for when you need to get go deep!

Available in Black or Olympic White, this is essentially a hard-tailed Jazzmaster with twin humbucker pickups. It looks pretty solid and you can’t really argue with the pricing, as it is pretty cheap.

Squier Affinity HH Jazzmaster, for when you need a bit more oomph!

Available in Candy Apple Red, this looks exactly the same as the J Mascis signature model I mentioned earlier. It has the same specifications and the larger frets. I think this may essentially be a re-badged version of that cream and gold guitar…

Oh look, it’s the same guitar as above, but with a Stop-Tail bridge. This is a good idea, as sometimes you just want to dig in, play hard and riff. A Stop-Tail bridge is great for that and, of course, you get much better tuning stability when doing insane ‘double stop’ bends!It’s available only in Candy Apple Red.

Last but not least, here’s the ‘Bullet Mustang’ in either Imperial Blue or Black. This is another budget guitar with modern features: Hard tail, 12″ radius and so on. You can’t argue with the price and I get the feeling a lot of players will buy this and mod the hell out of it. The Bullet Mustang has ‘Indie Guitar Hero’ written all over it and I think at this price it will be very popular.

Squier Mustang in Imperial Blue. So cheap and so good!

I want one each of these. so for me this could be an expensive year. But seriously, I really like the stuff Squier has made recently and I have owned quite a few myself. They are great gigging guitars that you can thrash around and modify as and when your budget allows.

The whole cool Indie vibe is very much up my street, and I really hope that these bring a few young ‘uns into the realms of playing electric guitar, as they offer some great looking guitars for very reasonable prices.

That’s my first New Year’s resolution out the window already: I was so not going to buy any more guitars in 2017… 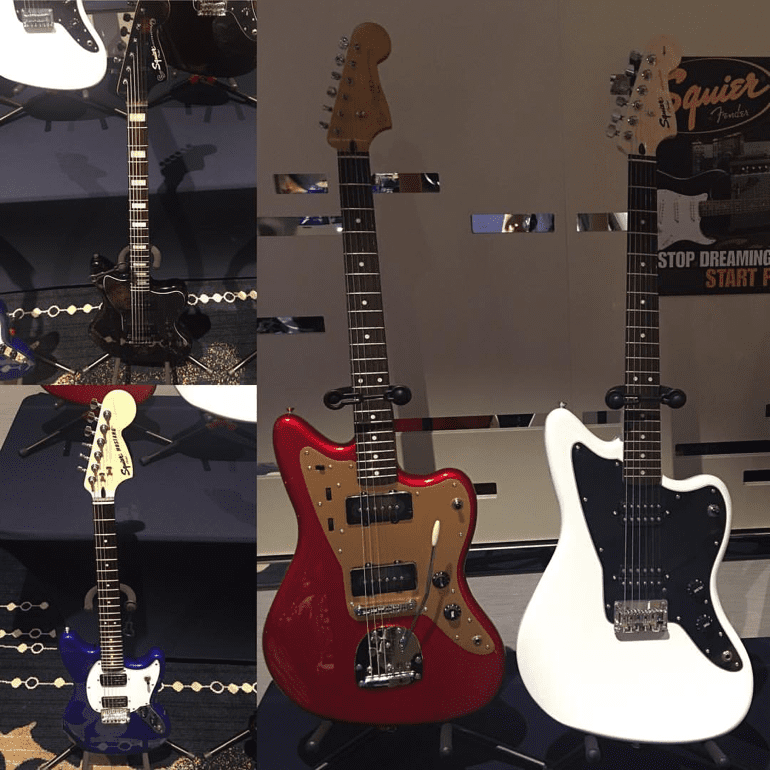 3 responses to “Fender with new Squier offsets in 2017: Cool on a budget?”