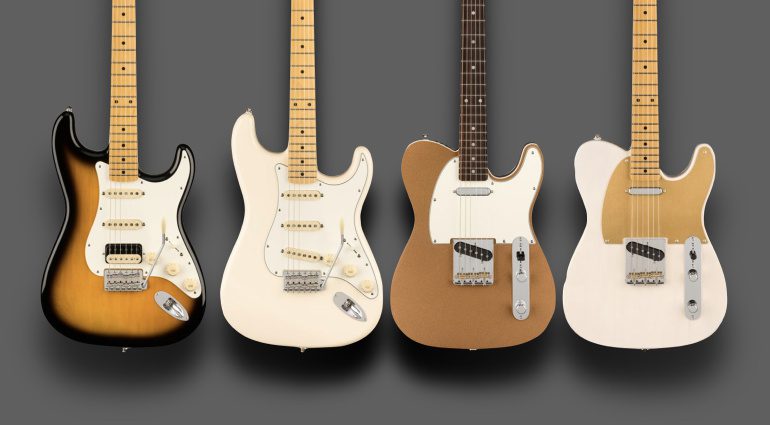 Fender has just dropped a new JV Modified Series that brings back the early-80s Japanese made Vintage Series and adds some tweaks to the original recipe. The new range is based on classic American ’50s and ’60s models, but now with modern playability.

The JV Modified Series is based on the Japanese vintage reissues from the early 1980s. Expect a combination of vintage American Fender styling, with a few tweaks to improve the playability. All the guitars in the range feature a basswood body and a maple neck with a soft V profile and 9.5-inch radius maple fretboard with medium jumbo frets. I’m old enough to report that I owned many of these JV models in the ’80s myself and I have fond memories of the originals. It’s nice to see them back – albeit in a slightly new format – for 2022. 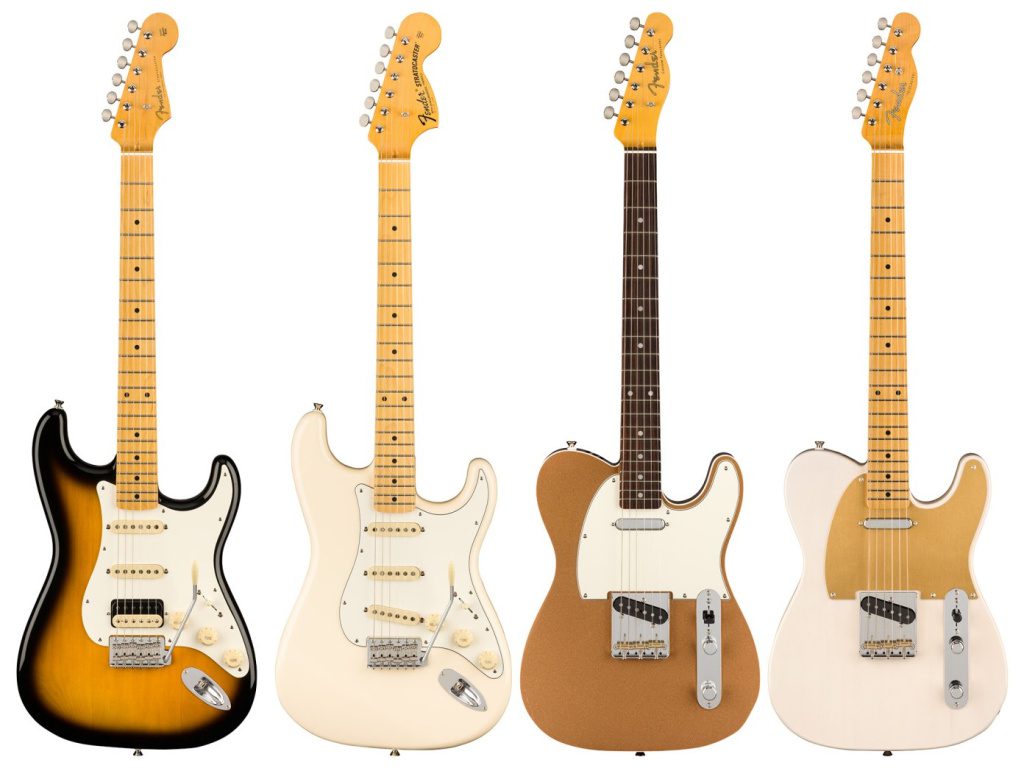 Fender JV Modified Series back for 2022

This JV Modified ‘50s Telecaster is focussed on vintage styling, finished in cream with a gold anodised pickguard. I really like this colour combination, and it’s nice to see something other than a Butterscotch ’50s reissue! It’s a more modern interpretation with new wiring, giving you a four-way selector switch for the ability to select each of the two single-coil pickups individually or have both pickups in either series or parallel. Finally, the push-pull pot on the tone control switches the pickups in and out of phase in positions 2 and 4. Cool stuff.

The JV Modified ‘60s Custom Telecaster comes in a luxurious Firemist Gold finish with double binding; it’s a classy look. This model also features a 9.5″ radius rosewood fingerboard and has medium jumbo frets. The wiring setup is the same as the ’50s style version above, so plenty of tones on tap here.

The new JV Modified ‘50s HSS Stratocaster comes in a two-tone Sunburst finish and features two vintage-style single-coils in the neck and middle positions, plus Hot Vintage Alnico humbucker in the bridge position. Again, you have a push-pull pot on the second tone knob that coil-splits the humbucker.

Finally, we have the JV Modified ‘60s Stratocaster and this one comes in a very ’60s looking Olympic White finish, with a more traditional three single-coil pickup layout. A push-pull tone control adds in the neck pickup for a Gilmour-esque tone.

The original JV Series guitars were made in the early 80s in Japan, and many are still seen today as impressive guitars. At the time Fender USA was still recovering from its previous CBS ownership, so many of these Japanese models were a lot nicer than their American-built counterparts. These modern day recreations look pretty good, and I like some of the new colours. The wiring tweaks are most welcome, too. Hopefully, they will play as well as they look. Some nice models in this release. 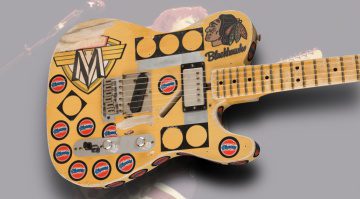