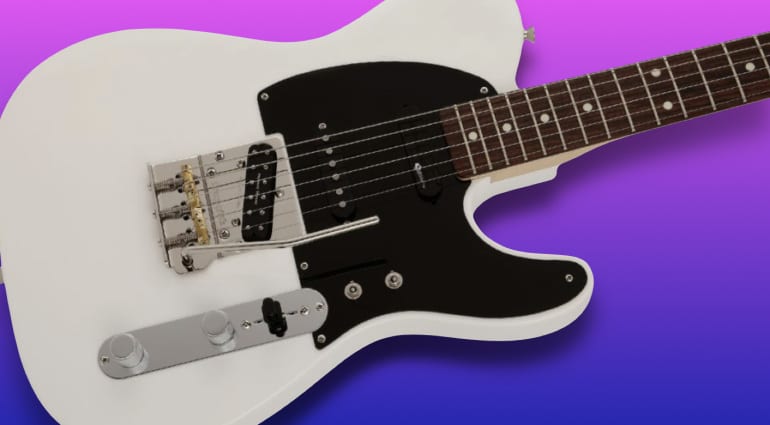 A signature Telecaster can go in many directions, but more often than not they’re fairly conservative. Not so this new Fender Japan Miyavi Signature Telecaster, which is anything but traditional and adds some unique hardware combinations to this classic 1950s design.

The basic construction is all pretty standard stuff: an alder body with a maple neck and rosewood fretboard with 9.5″ radius. However, from here on out it all gets a bit wild.

The first eyebrow-raiser is the pickups. This Tele has an HSS pickup layout, with a Seymour Duncan Little ’59 in the bridge position, Pure Vintage ’65 Gray-Bottom single-coil Strat in the middle and a Sustainer Driver in the neck. All good choices, I feel. I love a sustainer (I own two guitars with them). These are wired via a master volume and master tone controls, plus a five-way selector switch, plus two switches for the neck sustainer. The first of these switches the sustainer driver on and off while the second switch chooses the Fundamental, Harmonic or Blend sustain.

Another intriguing choice is the Maverick Super Vee tremolo system, with three brass saddles. That means you have access to lots of whammy tricks. Combined with that sustainer pickup, this guitar should make for a very interesting ride.

Fender previously offered the Ed O’Brien signature model with a sustainer, but that’s a Stratocaster and at first glance looks quite traditional. One look at this new Miyavi signature model, on the other hand, and you can tell straight away this is no stock Telecaster.

I really, really like this design. Unfortunately, it is currently exclusive to Japan, but as always with Fender there is hope that this model will be released worldwide some day. 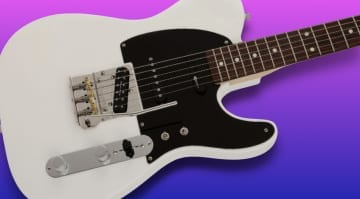 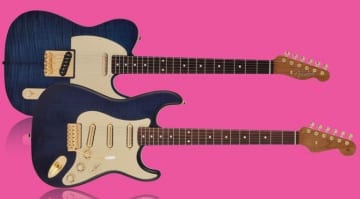 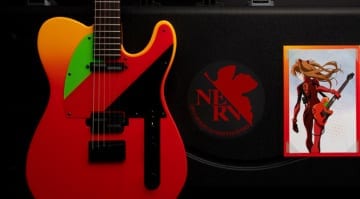 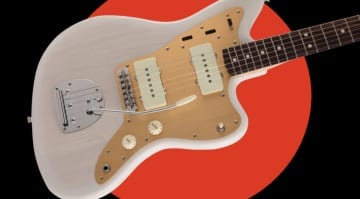 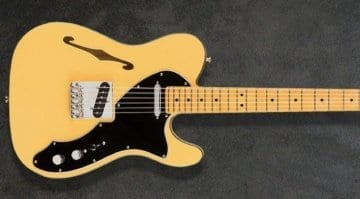 This is basically a Fender EOB Stratocaster. As someone who uses one of those begrudgingly despite his love for Telecasters, this might be worth picking up.

I think the bridge is a large part of the sound as well, whereas Ed’s is a regular Strat bridge. But, I pretty much agree with your statement.