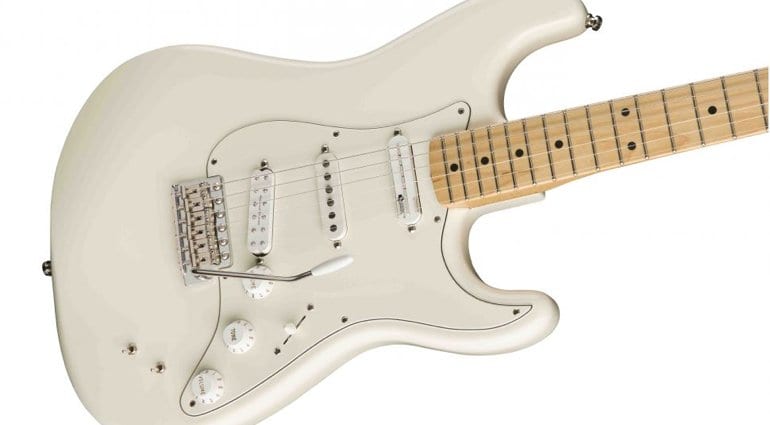 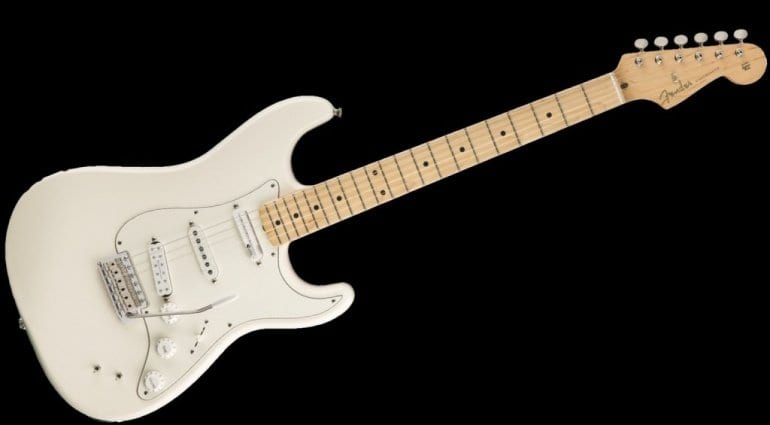 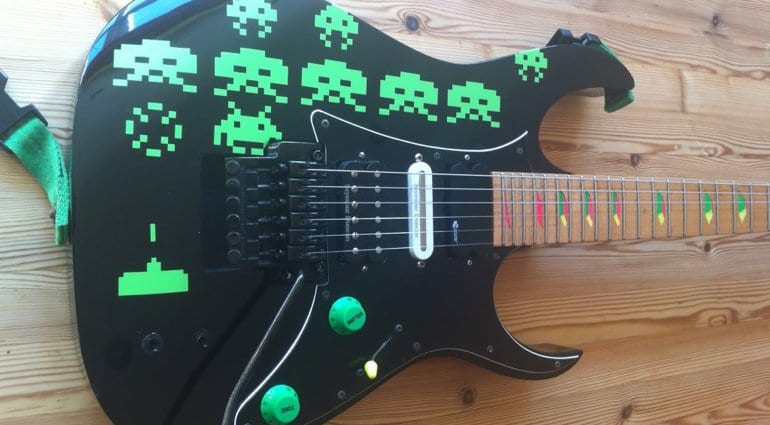 The Fender EOB Sustainer Stratocaster, the signature model for Radiohead’s Ed O’Brien, has this week finally gone on sale throughout the UK and Europe. We originally wrote about this unique Strat back during the Summer NAMM Show, but why should you check out this guitar?

This band has always been about pushing boundaries. When it came to their Kid A album, the idea was to make a very synth-focused set of songs and so poor old Ed was left a little out on the edges, being the third guitarist in the band. To alleviate his potential frustrations he had Fernandes Sustainer pickups fitted into his Fender Eric Clapton Strat and embarked on a journey of weird ethereal noises.

Since the Kid A, album Ed has used the guitar on many albums and live on stage with Radiohead. Now, finally, the collaboration with Fender has reached fruition and you will be able to order his new signature Strat from Fender dealers all over Europe as of this week. I think it is a guitar that many players really should be checking out.

I covered all the most important specifications in my original article here. What I find interesting is that to my knowledge this is the first time Fender has put a Fernandes Sustainer pickup onto a production model of one of their guitars.

As someone that has owned a guitar with one of these fitted, I can report that they offer a lot of new ways to get fresh sounds from a conventional electric guitar. But they don’t distract in any way from the guitar’s regular tones or playability.

If you look at this new guitar you will see it looks just like a regular Stratocaster, albeit with two mini switches where you would normally see the jack output plug (as Fender has moved the plug onto the lower edge instead). These control the Sustainer pickup system and allow you to add overtones to your guitar’s sustained notes as well.

Personally, I believe you are getting a hell of a lot of guitar for the money. This is a Fender Stratocaster with a 10/56 V-profile neck and branded pickups. Ed has opted for a Duncan JB Jr in the bridge position and a Fender Texas Special in the middle position. A Fernandes Sustainer is probably not cheap to build.

I did a similar thing to my RG550 which has a Fernandes Sustainer built in and it cost me a lot of money to make. Given the price, I think I will have to buy one myself, as I love Strats with V profile necks and I really do enjoy the Fernandes Sustainer pickup system as well. Plus this is actually cheaper than I could build one out of good quality branded parts myself. 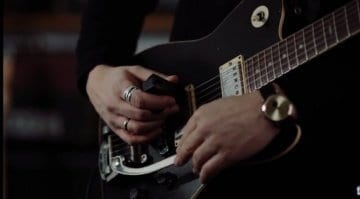