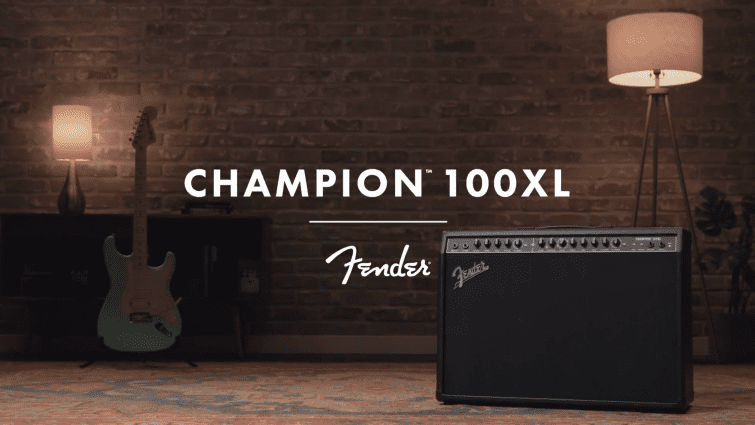 The new Fender Champion 100XL is packed with sounds and functions. But how will it fare against the Katana amp range by Boss, a much-lauded and commercially successful compact amp at the same price point?

So here it is, the big brother of the 50XL*! This new all-black amp will be the flagship of the Fender Champion series. It’s rated at 100 Watts and is fitted with two Celestion Midnight 60 speakers. That should be more than enough for most players, even on large stages.

The Champion 100XL has 2 channels. Channel 1 (clean) covers the typical clean Fender sounds, while channel 2 is a distorted channel with its own Gain and Volume controls. Judging by the demos, it should cover a wide range from low-gain to metal sounds. 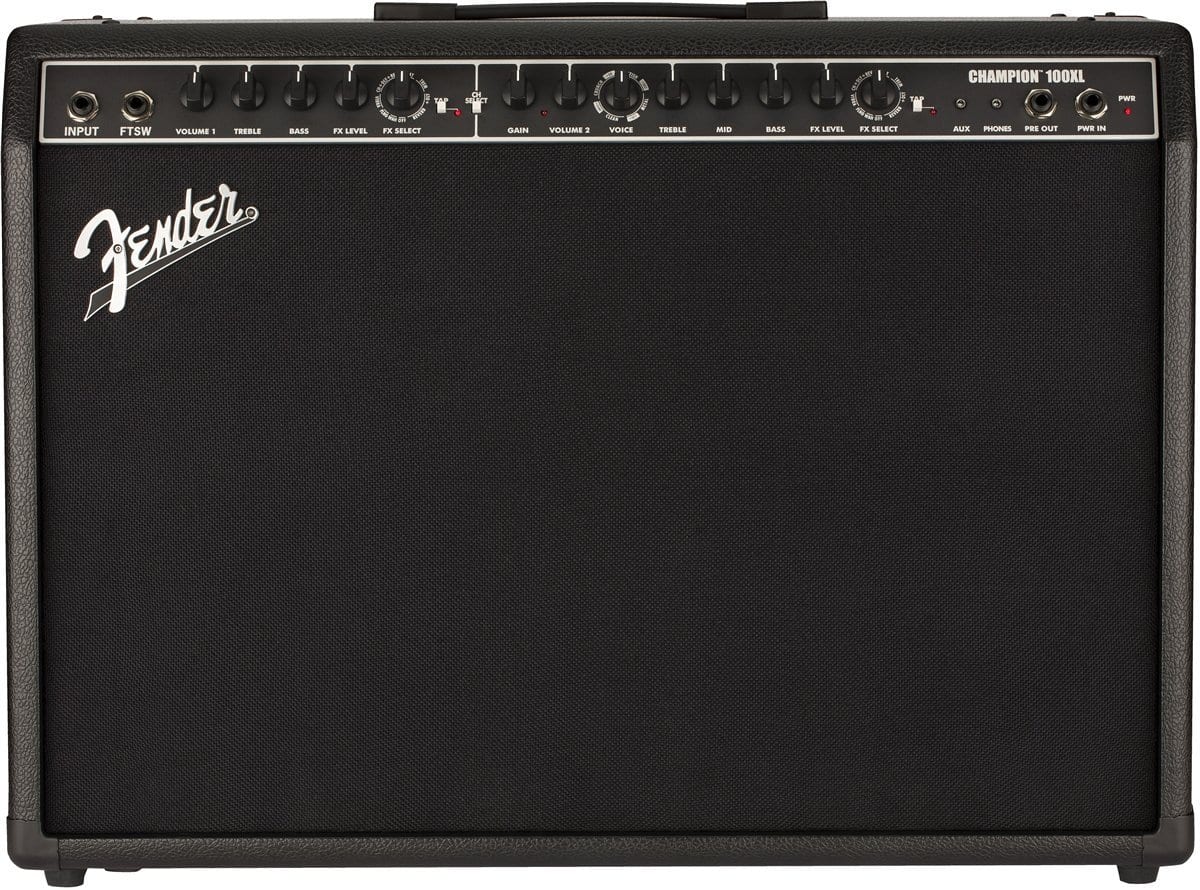 Each channel has its own effects section. You can choose from 16 digital effects that include delay, chorus, tremolo and reverb. You also get a TAP button to control the tempo of the relevant effects.

Another four stompbox-style effects are also advertised: Compression, Overdrive, Distortion and Octaver. However, these effects are only available as fixed preset variations, so are somewhat limited in their use. For a nightly practice session in a quiet room, Fender has provided an integrated headphone output, along with an AUX input for playing along to your favourite tunes. Both are handy to have and make the amp more flexible for practising. Overall, the 100XL seems easy to use. There’s no display and annoying no sub-menus, which is a bonus in my opinion. All the functions are quickly accessible without any messing around with displays, arrow buttons and apps.

Where does this new offering fit into Fender’s amp range and the market in general? This amp is part of Fender’s drive to cover a range of price points with digital amps. Price-wise it falls way below tube-inspired amps like the Tone Master and Twin Reverb, which cost more than twice as much. The 100XL covers the 300-350 Euros range, putting it head to head with other 100-Watt digital amps like the Boss Katana II. It’s certain to be a major competitor to Boss’s successful model. Will it win out? Time will tell. That Fender badge alone may woo plenty of customers, though…