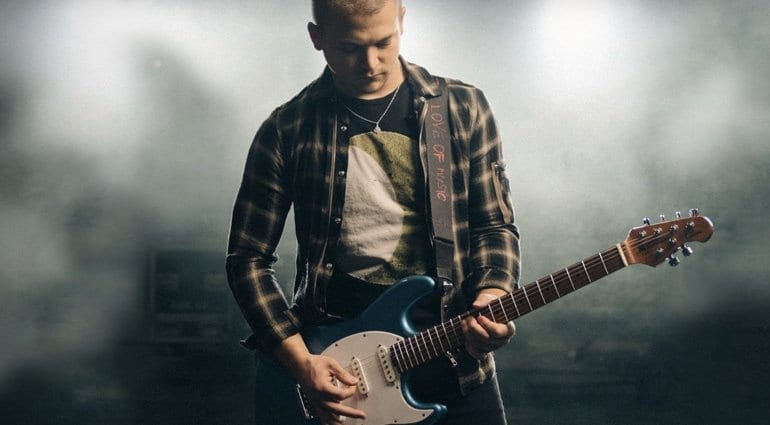 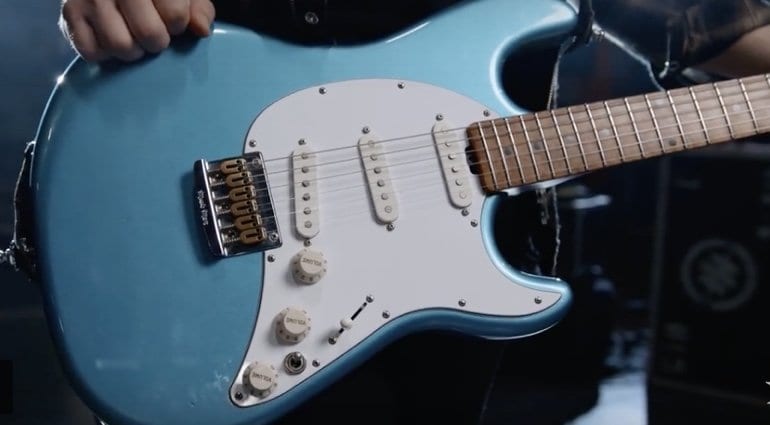 Ernie Ball Music Man’s new Hunter Hayes Cutlass signature guitar is a new take on the classic single coil Strat-style instrument, with a few tweaks added to the mix that go all the way to humbucker territory. Could this new model be the only guitar you’ll ever need? It certainly seems to cover a lot of bases.

If you’re not familiar with Hunter Hayes, he’s an American Grammy-nominated country player. His new signature guitar has a 10” radius, roasted maple neck with 22 stainless steel frets and a lightweight alder body finished in a tasteful Lake Tahoe Blue.

What I think makes this a real workhorse guitar is the pickup configuration and hardware choices.

These include three custom-wound Music Man single-coil pickups with an onboard 20dB boost. You also get the Music Man silent circuit, to help keep those pickups from humming. Finally, it comes factory fitted with Piezo equipped brass saddles on a Music Man hardtail bridge. Combined with the Schaller M6-IND locking tuners, I can imagine the tuning stability won’t cause you any issues at all.

This guitar looks like it could be perfect for many things, including hard touring and studio work. I love single coils, but they do tend to suffer from 60 cycle hum and get noisy on stage. And they aren’t as loud as a humbucker guitar. Both of these issues have been tackled here, and having piezo as well is just the icing on the cake!

You can also blend the neck and bridge pickups into a kind of faux humbucker, so it has that Tele-like tone in there as well. Nice.

As part of the company’s Artist Series it comes with a custom laser-etched neck plate, just like the recent Dustin Kensrue model. Overall, I think this guitar ticks all the right boxes and I would love to try one out sometime soon. 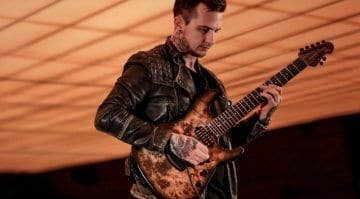