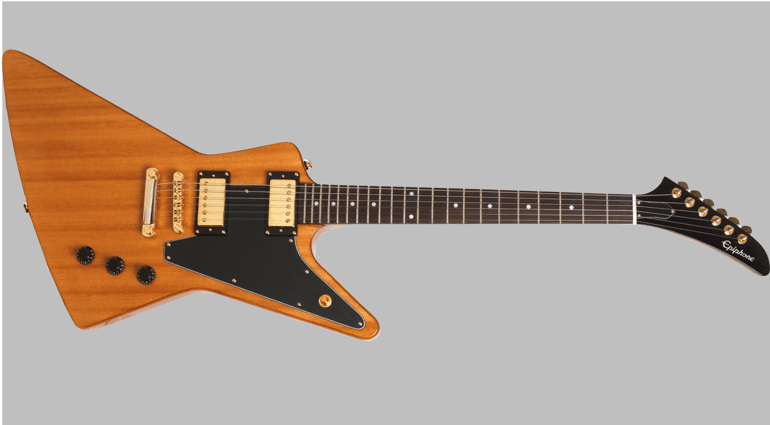 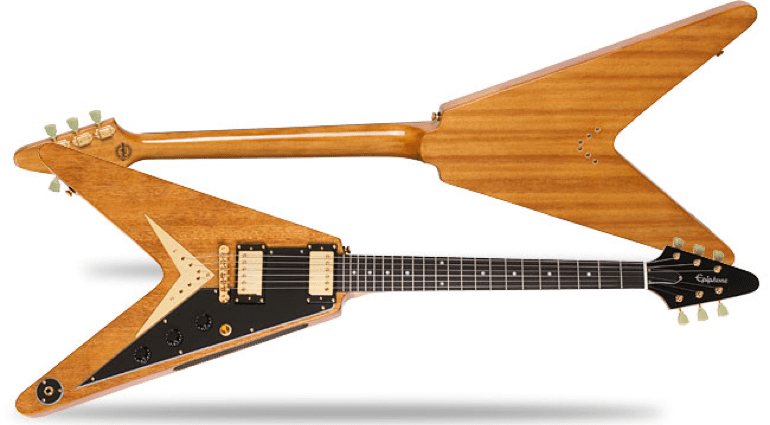 Epiphone has just announced a Limited Edition Korina Explorer, Flying V and an Explorer Bass. The renowned US maker has already released some pretty impressive instruments this year. Will these cement Epiphone’s good reputation for its 2016 releases?

Korina or African Limba wood is a fantastic material to build guitars from. It has some lofty guitar-building heritage as Gibson used it on some of their classic 1950s guitars to exploit its famed tonal qualities. This new Limited Edition run of two guitars and a bass uses solid Korina for the construction for all three instruments.

My first thoughts? All three models look pretty hot. I bought one of the Epiphone Brent Hinds Flying Vs earlier this year, and if that model is anything to go by, the quality of these new guitars should be more than just up to scratch.

Based upon Gibson’s classic 1950’s design, this Epiphone version has a warm, polished look. All the features you would expect from this design are on offer, too, including Alnico Classic and Alnico Classic Plus humbucking pickups.

Expect huge rock and blues tones, as well as a guitar that’s easy to play as it will come with a slimmer ’60s profile neck. Epiphone has their LockTone Tune-O-Matic, which keeps the hardware locked in place and should – in theory – improve sustain. It helps doing string changes as well because the hardware stays in place!

Explorer-shaped guitars often get thought of as ‘Metal’ guitars, when actually their design heralds from the late ’50s and is, in my opinion, much more of a classic rock instrument. Either way, I think this guitar looks cool and I look forward to trying one out myself. 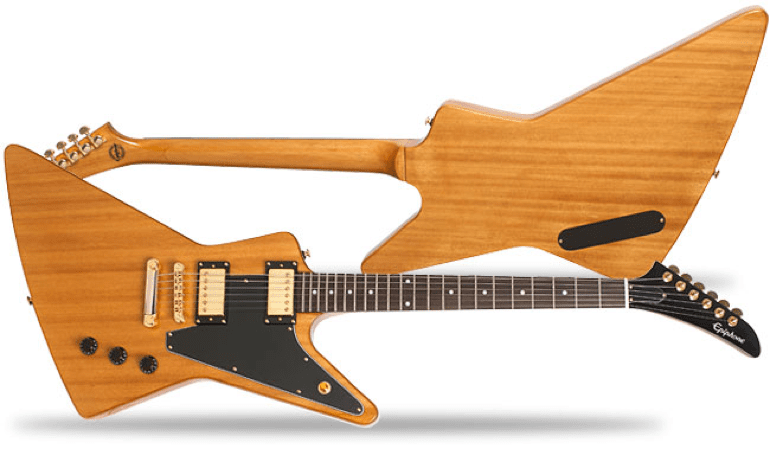 It’s a Flying V! That means, of course, that it is cool; no argument there. I really love the look of this ’50s Korina Flying V. As already mentioned, I bought my first Flying V this year and it’s an Epiphone, so yes, I am biased on this one. Hell, this looks sweet to me. Again you get the same Epiphone LockTone bridge system and those ‘PAF’-style Epiphone Alnico Classic and Classic Plus pickups. 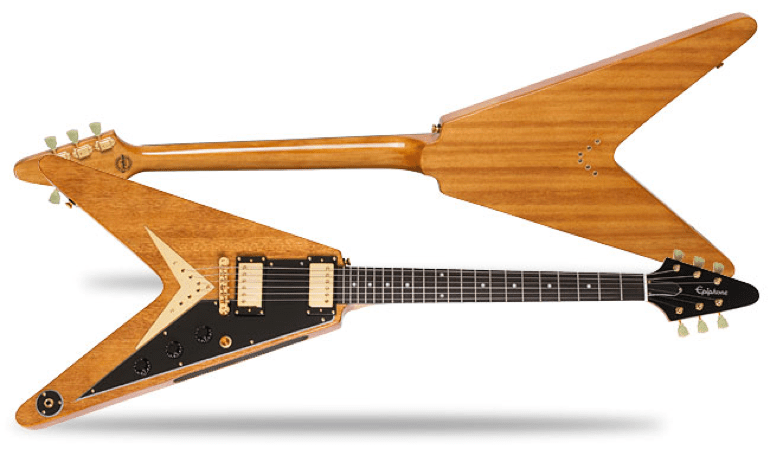 I saved the best till last. This Explorer Bass is probably not for the faint-hearted, though, as it looks like a weapon: Big, bold and meaty. With Epiphone’s XR and XT humbucking pickups, it should give you plenty of roar. The hardware looks solid throughout. 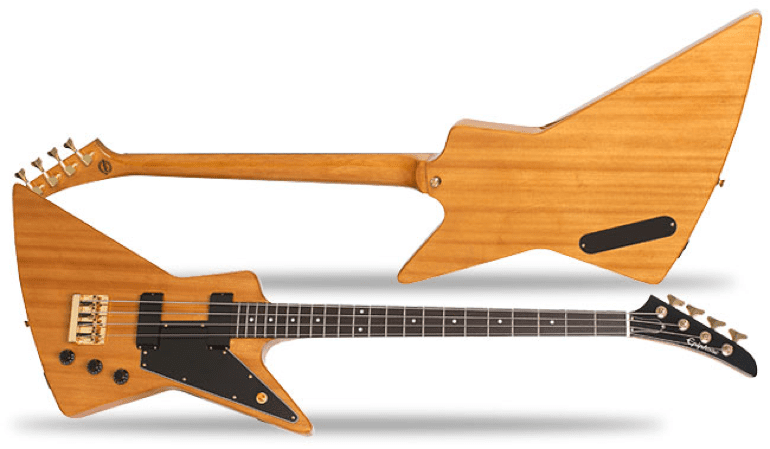 Yes, you may have guessed by now that I like the look of all three guitars. I expect that the pricing will be reasonable, as Epiphone tend to be well priced. There will almost certainly be an upcharge for the Korina being used here, though. I hope they make it to the rest of the world (including the UK) as stated on the Epiphone website.

US Prices: from USD $549 (though currently exclusive, but due outside the USA soon… hopefully)

Full specifications and details on the Epiphone Limited Edition Explorer, Flying V and Explorer Bass can be found here 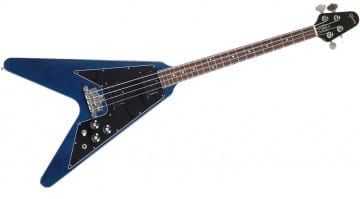