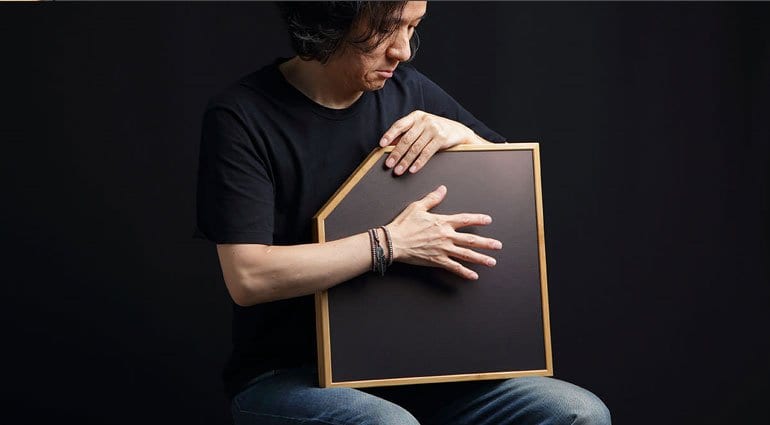 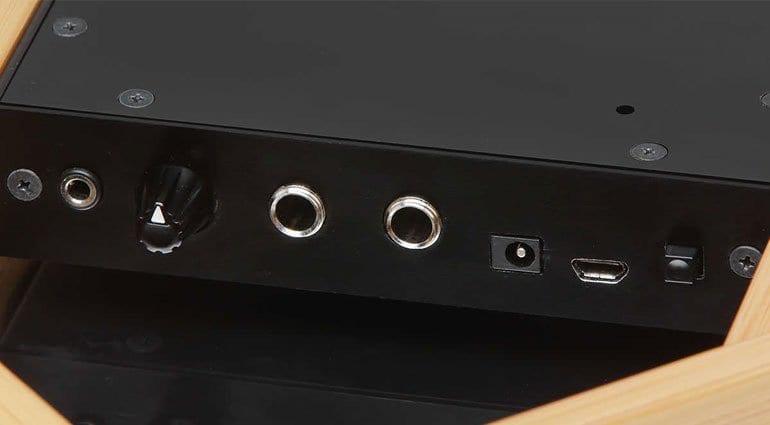 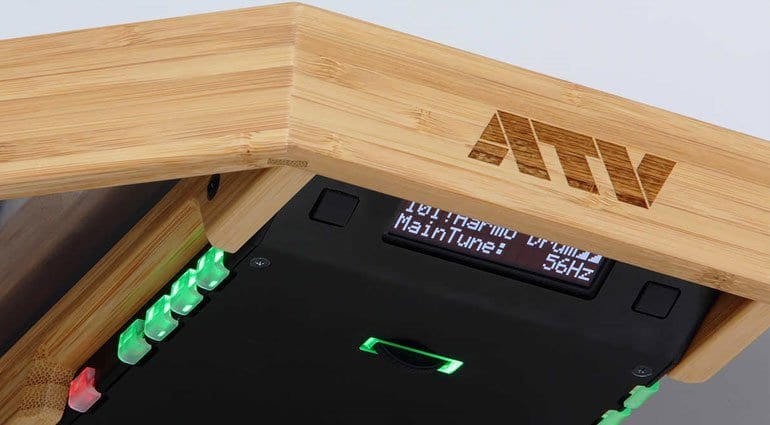 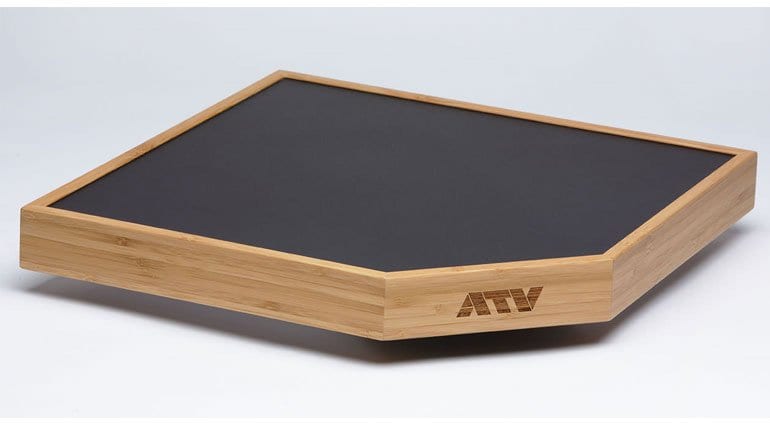 It’s a square board with a corner cut off that gives an extremely expressive percussion experience. The Electrorganic aFrame from ATV replicates the musicality of an acoustic instrument and combines it with the sound bending possibilities of digital technology. It’s the sort of thing that invites you to have a good slap.

It’s a frame drum – a drum surface stretched over a frame. The surface is a polycarbonate with a rough texture and a fair amount of elasticity. The frame is crafted from laminated bamboo by famous Japanese instrument maker Fujigen. So from the outset they have developed this beautiful, hand crafted, physical instrument with the sort of feel that gives the percussionist a natural and familiar place to play.

Then comes the technology. The aframe is equipped with high performance piezo microphones, pressure sensors and a DSP board. The sounds produced by the players hands are processed through ATV’s Adaptive Timbre Technology to generate all sorts of performance and harmonic data that can be applied to the internal sound sources. Here’s how they describe what’s going on:

The “Adaptive Timbre Technology” dynamically adapts characteristics of a number of filter groups and produces a broad range of tonal variations of the instrument in conformity to the playing surface conditions and tonal frequency components that vary along with playing styles of the percussion instrument player.

So that’s nice and clear then. When watching the performance on the videos what I see is an instrument that reacts to the playing. It’s not simply triggering sounds with perhaps velocity like a pad or pitch bend like a ROLI device, there seems to be a lot more interpretation and expression going on. They call it “Timbre EQ” which is a filtering algorithm designed to alter the tone of timbres by manipulating harmonics. They discovered that this worked best on pulse tones and percussive impulses and so took them down the road in designing a percussion based instrument. The whole development story is detailed on the website and makes for an interesting read.

The aFrame features three Timbre EQ units to modify the harmonic makeup of the input. One for low range, one for high and a third for additional colour. These are then mixed together and routed through an effects chain of delay, phaser, flanger, reverb and wah. There’s a small LCD display that allows for editing parameters and a computer based editor is planned for the future. But for now there’s a single knob for parameter changing. However, most of the parameters will be mapped to the way you play the instrument. So pressure and strike range can effect reverb depth or filter frequency etc. There’s not a whole lot more detail on how these things actually work and what can be applied to where. But the way the sounds are generated is unlike anything I’ve seen – tapping and slapping of course, but also scraping and rubbing, pressure and power, touch and feel. Check out the video below and give it time because it gets awesome towards the end.

They have several videos of performances that are very striking (see what i did there?) and worth a watch if percussion is your thing. There’s no news on price at the moment but they will be at the London Drum Show this weekend (12th-13th November) at Olympia, so go along and ask. More information on the ATV website. 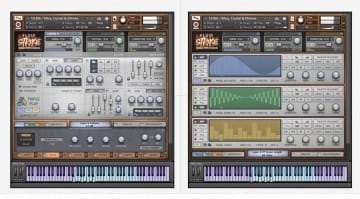 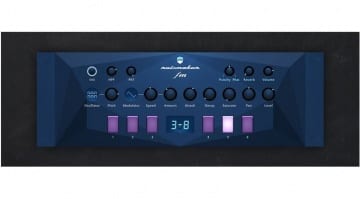 One response to “Electrorganic aFrame: natural percussion of the future”

Gear picks of Glastonbury 2022: What's on our hit list?

05 Jul · Gearnews has always, very proudly, reported on the gear our favourite artists use. From the first signature guitars back in the 1950s, musical instruments have always had an element of "fan merch" ...

05 Jul · Well, having travelled with an assembled 3-tier moog stand, and 104hp at that, I can tell you it's not funny! But it's also essential if your destination requires your patch to be intact and ready to ...

05 Jul · We have no lead times on any Behringer products I'm afraid.