The new EHX Ram’s Head Big Muff Pi is a modern day reissue of the ever-coveted and much-copied Violet Ram’s Head Big Muff circa 1973. Its housing is of a far more convenient size than the original – and this version will certainly cost a lot less than a vintage model.

Electro Harmonix are billing this as a “faithful reproduction of the highly coveted 1973 Violet Ram’s Head Big Muff” pedal. If that’s true, it will be attractive for many players as the Ram’s Head ’73 is one of the most coveted versions of this great American fuzz pedal. 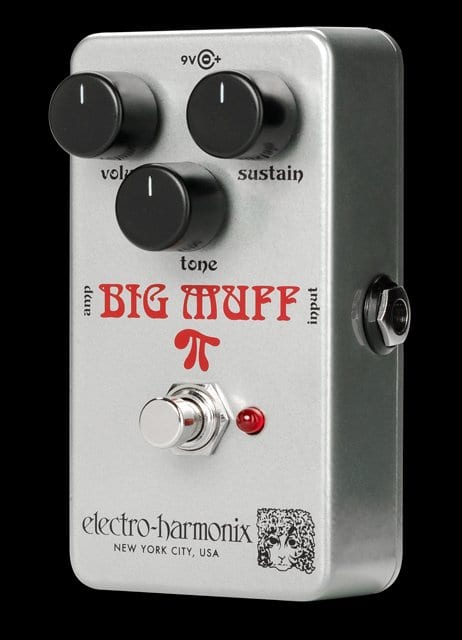 In producing this updated version, EHX has, of course, reduced the size of the enclosure. But it’s also added modern features like include true-bypass switching and an LED status light. It will run from a 9-Volt battery or the optional EHX 9.6VDC-200mA power supply.

I’m a huge fan of fuzz pedals and love a good Big Muff. This is the pedal that was used by everyone from Dave Gilmour in Pink Floyd to J Mascis of Dinosaur Jr, so it’s been used on all manner of classic guitar recordings.

You can hear the new Electro Harmonix Ram’s Head Big Muff Pi ’73 reissue in action in the official demo video below. It should be hitting dealers soon, so go check one out and get some classic fuzz tones on your pedal board.