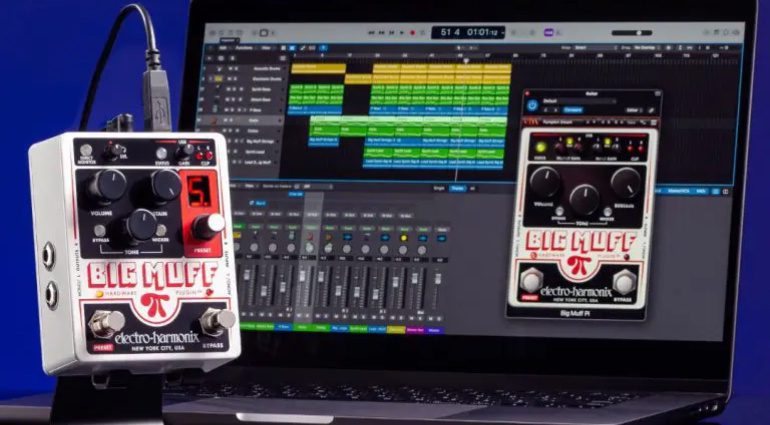 The new Electro-Harmonix Big Muff Pi Hardware Plugin offers the ability to add an analogue tone to your DAW. No more digital limitations of traditional DAW plugins. Spotted back during NAMM 2020 it is finally here at last!

Yes, the Electro-Harmonix Big Muff Pi Hardware Plugin is now officially here and offers musicians the ability to get analogue drive tones within their DAWs. It allows users to plug into their computer via USB and run recorded tracks and virtual instruments through the analogue circuit. Add that Big Muff signature warmth and distortion.

The unit can also be used as a regular standalone pedal and has 10 presets on board. Plus it will act as a 2-in/2-out audio interface for your computer. 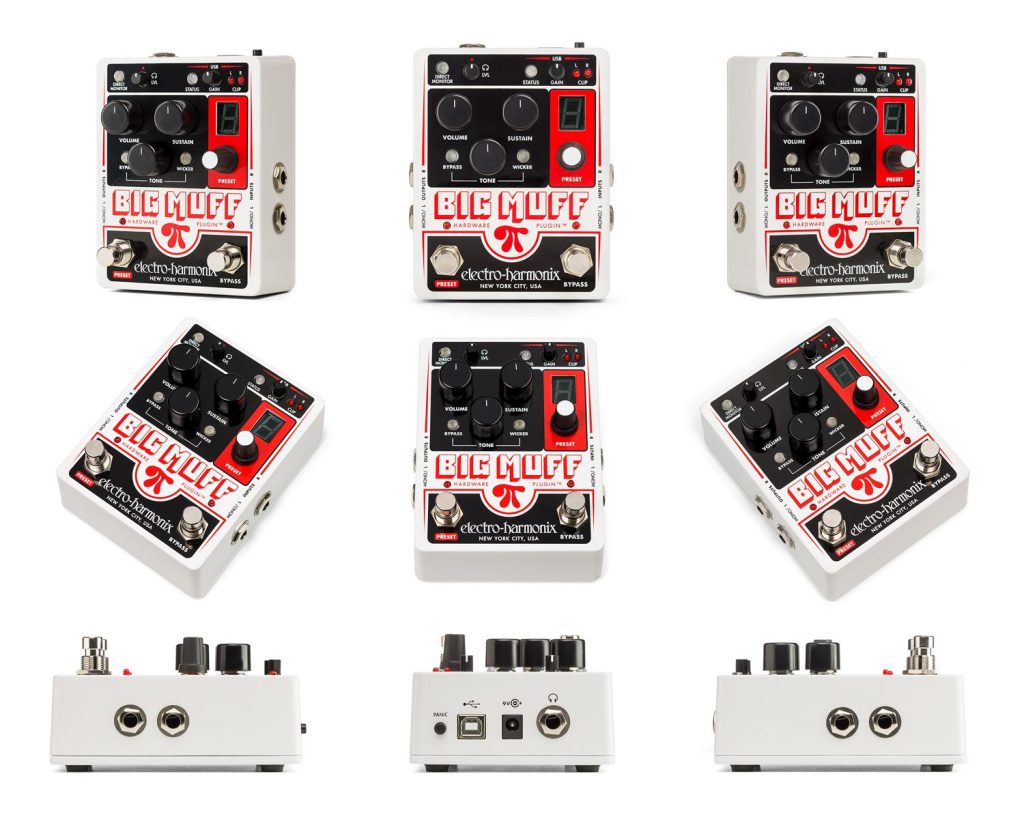 A Big Muff for your DAW

Is it worth it?

EHX states that it shares the 1973 Violet Ram’s Head Big Muff and that it also offers the Tone Wicker, Tone Bypass facility. This could make it pretty flexible and if you like that Big Muff tone it could be a “simple” way to integrate that tone into your DAW.

As it sorts out things like impedance issues, input levels and all the other stuff you have to deal with when using effect pedals inside a DAW. If you haven’t got a mixing desk and DI boxes it can all get a little messy when trying to use pedals. 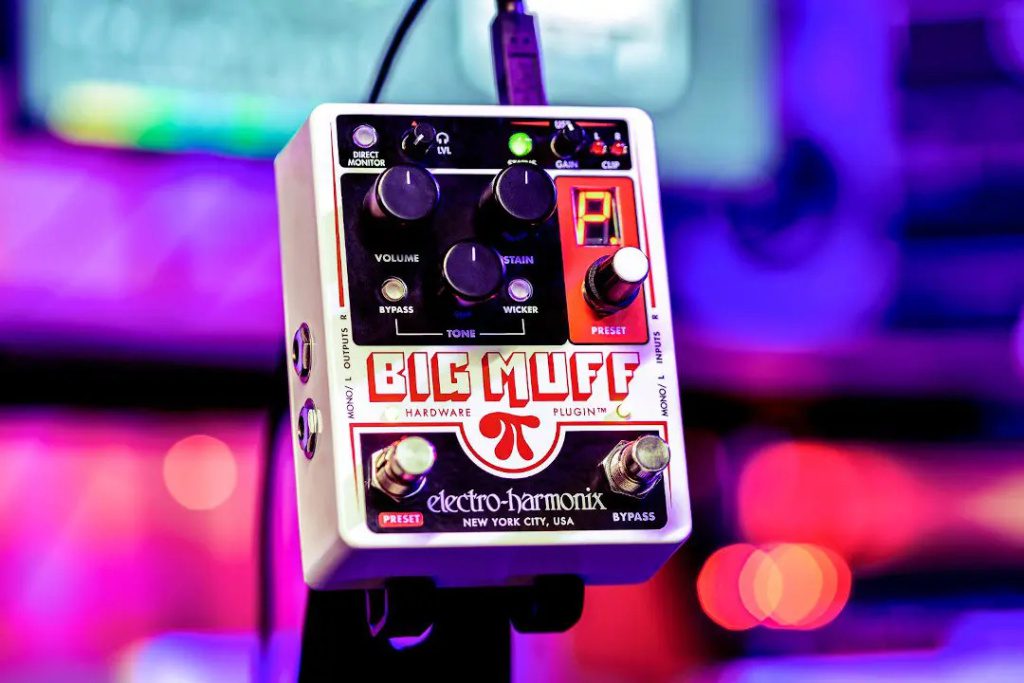 A Big Muff for the modern musician?

Having 10 presets is also an added bonus, plus you have an App for Windows and Mac that allows you to run it as a plugin. Check out the official video below to see it in action. Be sure to let us know what you think of the new Electro-Harmonix Big Muff Pi Hardware Plugin in the comments section below. 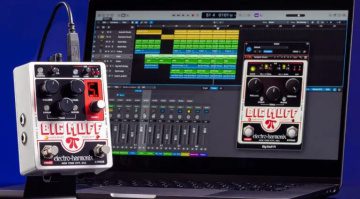 This is an interesting concept. I like the premise of it as another tool in the arsenal. Clearly it wouldn’t work as a primary audio interface (i.e. limited I/O and no XLR/48v) but it seems like it’d be a fun workflow to get certain tones in a DAW. I’d also be interested in how they recreated the Ram’s Head circuit in this pedal.

Things I wish it had:

I would guess that it is their Ram’s head circuit, with added buffers, etc to bring it up to the right level etc Interesting product and one that I’, looking forward to trying out.