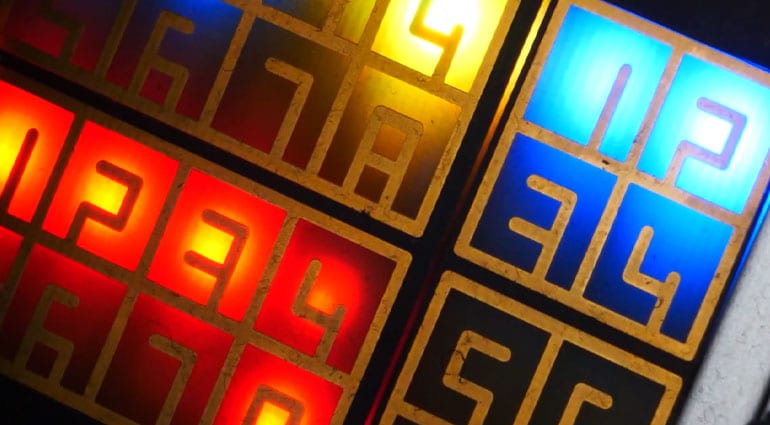 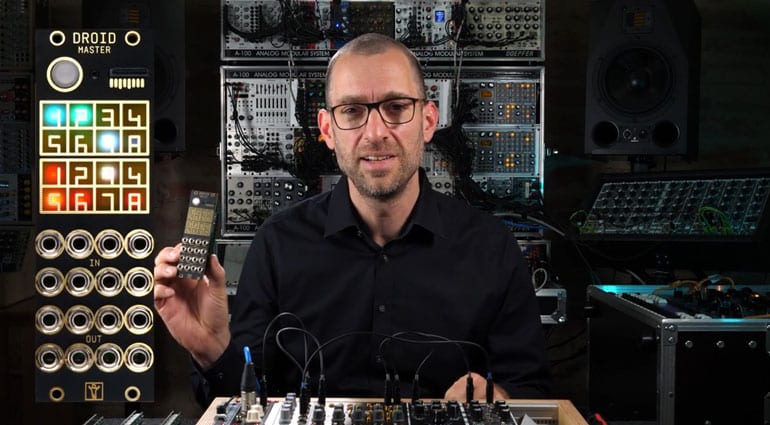 Mathias Kettner introduces us to DROID, a programmable module to process and generate CV in an improbable number of ways. Could this be the ultimate utility module and performance tool?

Mathias introduces the video by rattling off the things he uses DROID for and there appear to be multiple versions scattered over his rack do all sorts of exciting things.

The module has 8 CV inputs and 8 CV outputs and a fabulously lit display showing activity on those inputs and outputs. The configuration of each in/out socket is configured by a microSD card which contains a text file that you can edit to tell DROID what to do. So you can enter a couple of lines to define an LFO or a pitch generator, sequencer, clock divider, envelope, mixer, slew – whatever you want. Initially, I felt that it seemed awfully long-winded to have to edit a text file on your computer to change the rate of the LFO from 3Hz to 4Hz and then put it back in the module – that’s when he brought out the P2B8 controller – ta da! 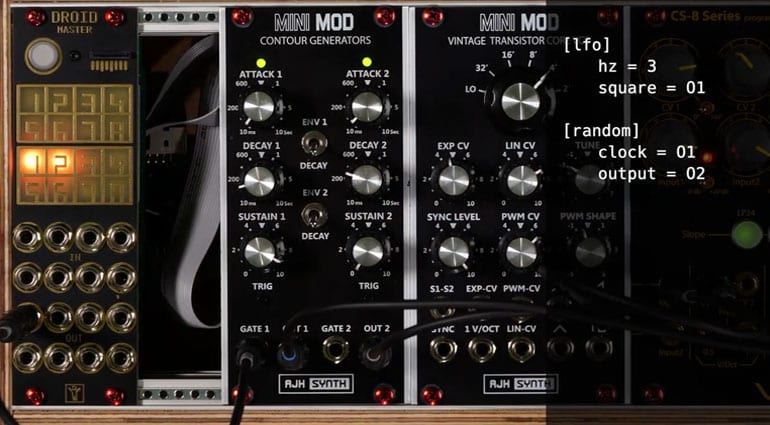 The P2B8 provides all the knob control you could possible need for editing your patches on the fly. You can attach up to 16 of these to the DROID which massively expands the hands-on controllability. Mathias suggests that it’s the P2B8 combined with the DROID that transforms your Eurorack into a performance instrument. This is from the guy who invented the ACL Sinfonion so he knows what he’s talking about. You reference the appropriate P2B8 in your text patch and it takes control of that parameter. 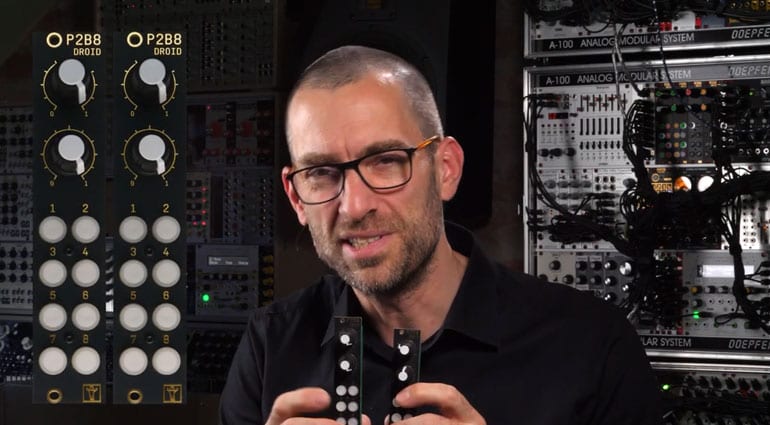 This is how he has them arranged in his rig at the moment – all stickered up:

There’s also the G8 DROID expander which adds gate or trigger inputs or outputs to your DROID. 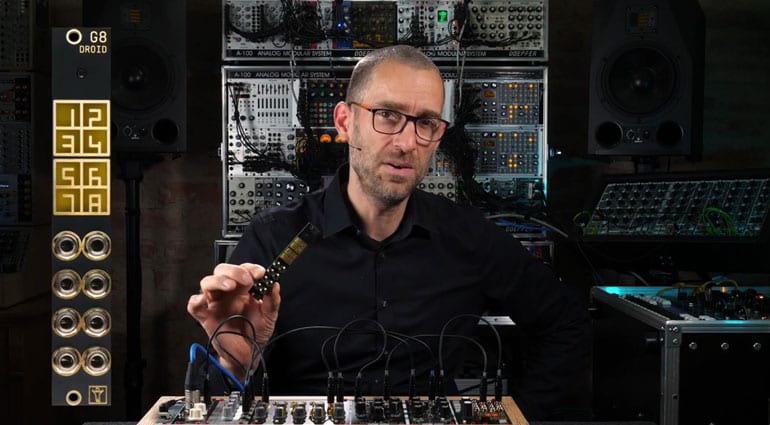 DROID can do a terrific number of things and with the right amount of thought, it could define the processes within your modular system. It strikes me as being similar to the Expert Sleepers Disting in being a module that can do pretty much anything. The advantage perhaps is in its ability to do lots of things at the same time and having the depth of control in both the programming and the hardware. The downside perhaps is that you have to put a bit of thought into it. You can’t really stumble into uses like you perhaps would with a dedicated utility module. The text programming is simple enough to grasp although I imagine someone might come up with a more graphical way to do it at some point. It would also be really easy to share patches and I imagine you could put together a range of microSD cards that contain your 8 favourite configurations that you could instantly swap out. What a fascinating module.

No news on the price or availability at this time but I predict it’s going to one of those modules that appear in everyone’s rack.

One response to “DROID Universal CV Processor: can do anything you want in your Eurorack”