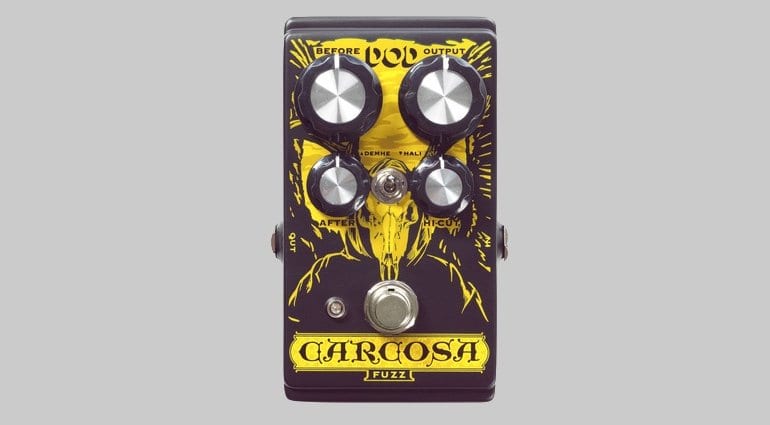 Designed and distributed by Digitech, the DOD Carcosa aims to recreate all those harsh dirty Seventies fuzz tones. It’s based around a classic silicon fuzz circuit and should give you all those lovely velcro fuzz tones of the era.

This term refers to a sound with pushed mid and treble frequencies, which are a characteristic of silicon-based fuzz. The silicon circuits were always more “in your face” than the previous era of 1960s germanium fuzz pedals, which were considered smoother and more fluid.

The layout is simple, with four dials labelled Before, Output, After and Hi-Cut. There’s a mini toggle switch labelled Hali and Demhe which switches between the pedal’s two modes, the Hali being a bit calmer and not as aggressive as the Demhe mode.

The Output control sets the level, while the Before (fuzz amount) and After controls are for the bias of the fuzz. However, the more After you dial in the more extreme the fuzz gets. The Hi-Cut lets you dial it all down a little.

With its more extreme mid and treble frequencies marketed as a selling point, this is designed to easily cut through a band mix. You may need to use that Hi-Cut to tame the top end frequencies as it sounds as though they can be pretty full on. On paper, this adds up to what looks like an interesting ’70s-style analog fuzz pedal. I love fuzz and will make sure I go try one out at some point.

The company list the RRP as $187.44 but with a discount of $87.45…? Which is really odd as it’s a brand new pedal. I’m not sure what they are thinking with this, so I have listed the lower price for now.

More information including manual and full DOD Carcosa Fuzz specifications are available at their site. 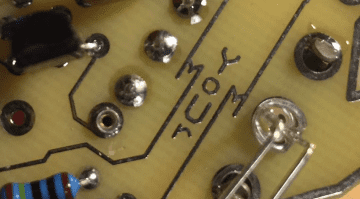 Yellowcake ‘Your Mom’: Radioactive fuzz with cheap mum retort or a good pedal?