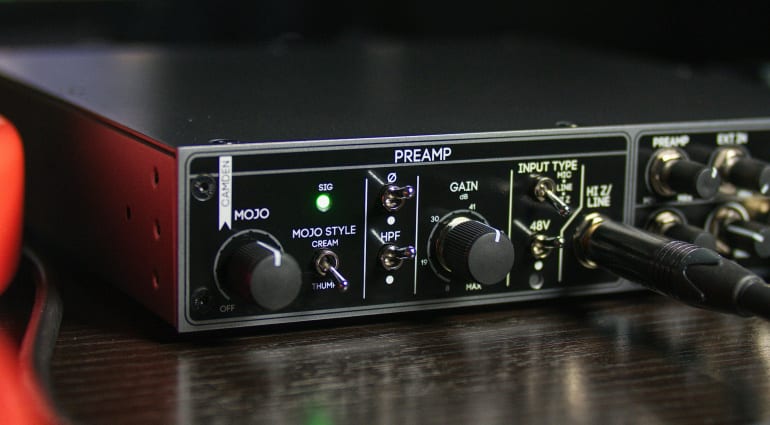 With the Camden EC1, manufacturer Cranborne Audio brings its mic preamp design to the desktop format. And the EC1 is the kind of little box which means serious business onto any desk, no matter the studio size. Here’s more about this interesting little pre.

There’s lots going on in this little box – it contains a mono Camden preamp with the Mojo analogue saturation circuit, along with a reference-grade headphone amplifier and discrete line mixer. Although it’s desktop-bound, the unit has half-rack dimensions, so it can it integrate with a rack setup.

The Camden preamp packs a hearty 68.5dB of gain, making it suitable for those gain-hungry dynamic and ribbon mics. It also has high-pass filter, 10dB pad, phase flip, 48V, and Mic/Line/Hi-Z selector switches. 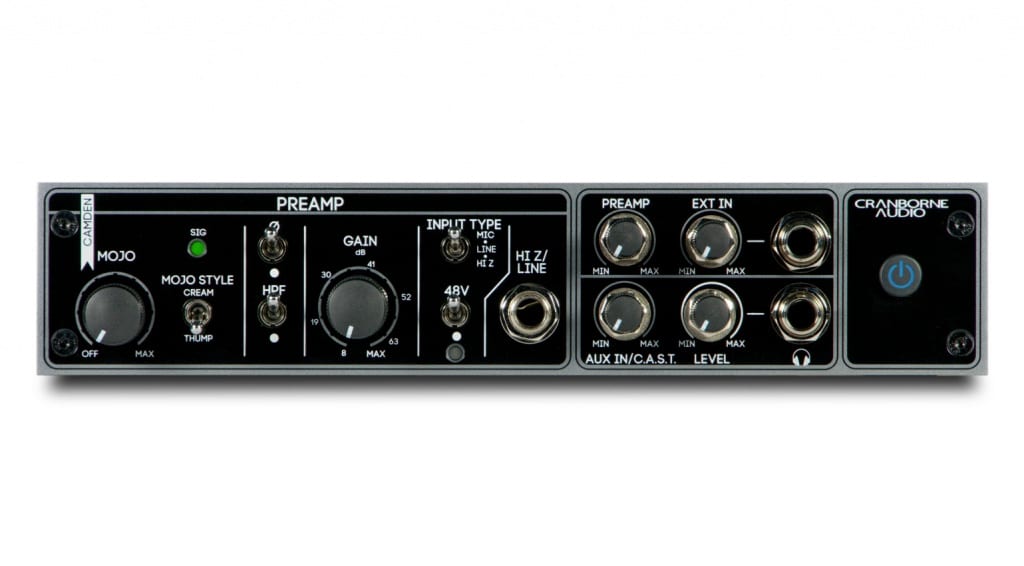 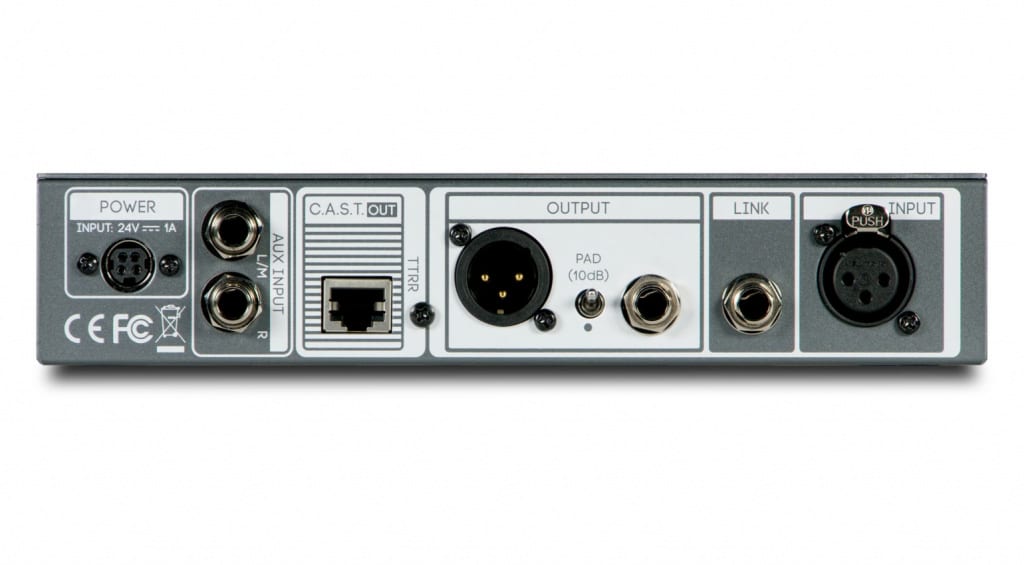 Playing in tandem, the Mojo saturation circuit presents two choices of color – Cream and Thump – along with a blend control. The colors emulate the character of valve and transformer-based preamps, respectively. The headphone amplifier includes a dedicated line mixer, making it possible to monitor both preamp input and DAW playback. The latter is possible via an AUX input, to which you pipe in DAW audio from your audio interface’s outputs.

There’s also the interesting possibility to split Hi-Z signals, recording both DI and processed instrument signal. There’s a dedicated Link Output for this particular task. So the Camden EC1 is also a DI/reamp box, in a way.

Another interesting bit of functionality is the C.A.S.T. system integration. C.A.S.T. is Cranborne’s bespoke audio distribution protocol which utilizes standard Cat 5e, Cat 6, and Cat 7 cables for audio transmission. Connect Camden EC1’s C.A.S.T. OUT port to Cranborne Audio’s 500R8 or 500ADAT modules, and you can send the Camden EC1’s preamp signal directly to your interface. Simultaneously and over the same cable, 500R8/500ADAT transmit their built-in monitor mix directly to Camden EC1’s headphone mixer for monitoring.

The Camden EC1 is available from Cranborne Audio dealers worldwide, priced a very reasonable USD 599 in the States. Price in the UK is GBP 549 (VAT included). A half-rack mounting kit is also on sale for GBP 40 (VAT included). 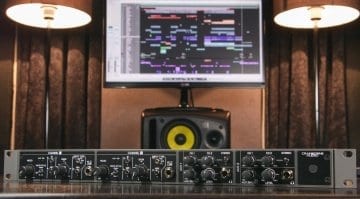 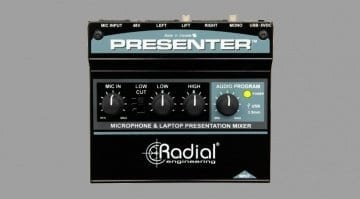 Radial gets into presentation audio with its Presenter small-format mixer