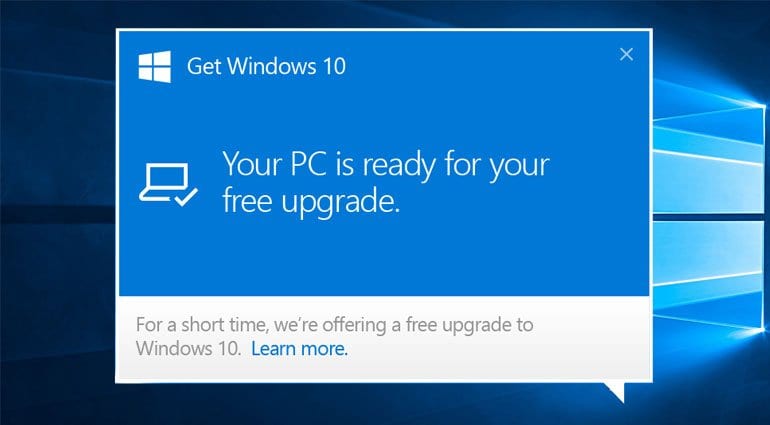 The time period for the free upgrade to Windows 10 ends at midnight on the 29th July. After that Microsoft will charge you £99 ($119) for the Home edition and £130 ($199) for the Pro. The upgrade has got to be a no-brainer right? Well, not necessarily. As musicians and music makers we like things to be more predicable if your computer runs your studio and your livelihood. Here’s 5 reasons why you should upgrade to Windows 10 and 5 reasons why you shouldn’t.

Windows 10 upgrade: yes, bring it on…

Windows 10 upgrade: no, thanks…

Personally I’ve enjoyed the move to Windows 10. I’ve upgraded a number of different systems – desktops, laptops and tablets – with no ill effects. The interface is snappy, it boots fast and nothing gets in the way of what I want to do. All my music production software, plug-ins and hardware have worked flawlessly. When I work with Windows 7 now I find it slow and clunky in comparison – funny how that happens. So it gets a big thumbs up from me. However, if you don’t fancy it, don’t want it, can’t be bothered with the whole thing then don’t do it. Stick with what you have and be happy.

What I would suggest though is even if you are not that keen you should claim the free upgrade in case you want to install it later. All Microsoft needs is to recognise your system via the upgrade process and then you can run whatever you want. So, if you make a backup of your system now you can go through the upgrade process and then put your old system back on afterwards. Microsoft will now have your system ID and will allow you to install and authorise Windows 10 on it any time you like – but do it before the 29th July!

For more information about the Windows 1o upgrade click here.