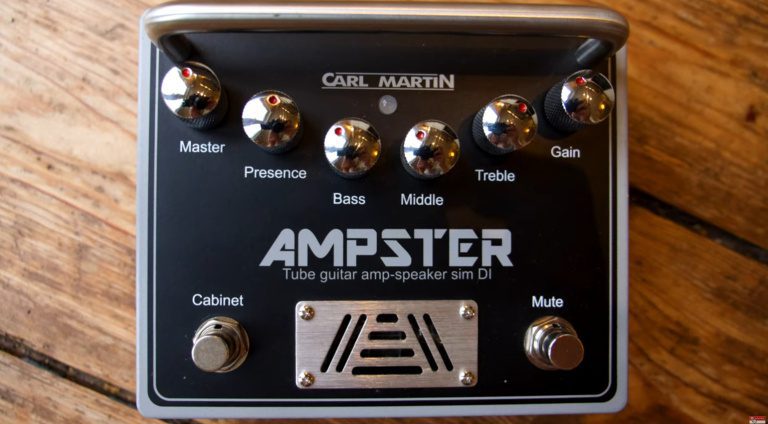 The Ampster is a new tube-based all-analogue amp pedal from Danish company Carl Martin. The prototype was already shown back in 2020 – now the tube amplifier, with built-in DI box and speaker emulation, is on the market at last.

The new Carl Martin Ampster is an all-analogue amp-in-a-box and speaker cabinet simulator pedal with an internal tube. Despite that tube, it runs on a 9V power supply. Whether it is upscaled internally is as yet unclear. 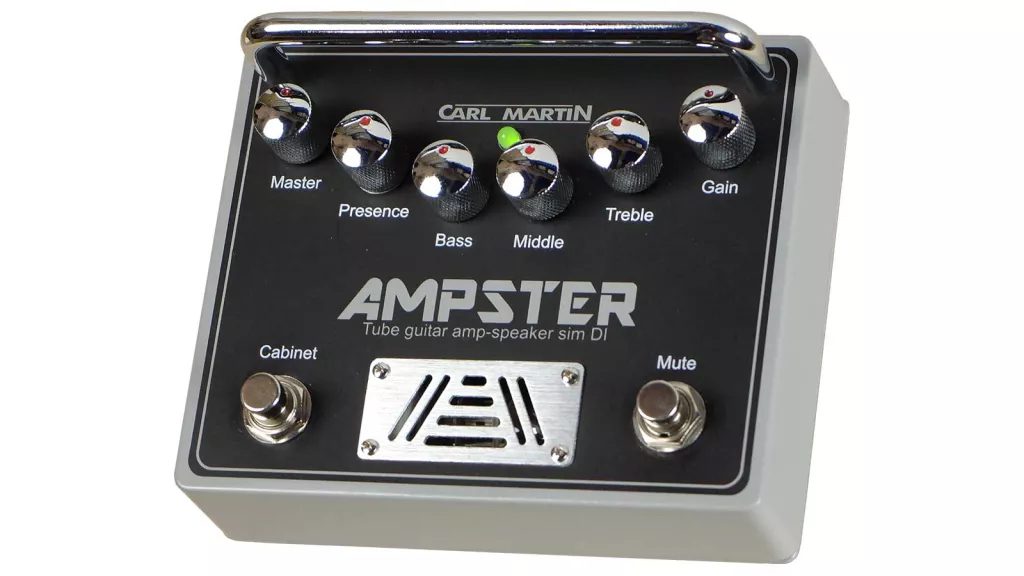 You get controls for Master, Presence, Gain and a three-band EQ, and it is supposed to have a British voicing. So expect Marshall-type tones from this amp-in-a-pedal solution. You also have a Mute and a Cabinet switch, which includes a 2×12 open-backed cab and 4×12 closed-back cab. 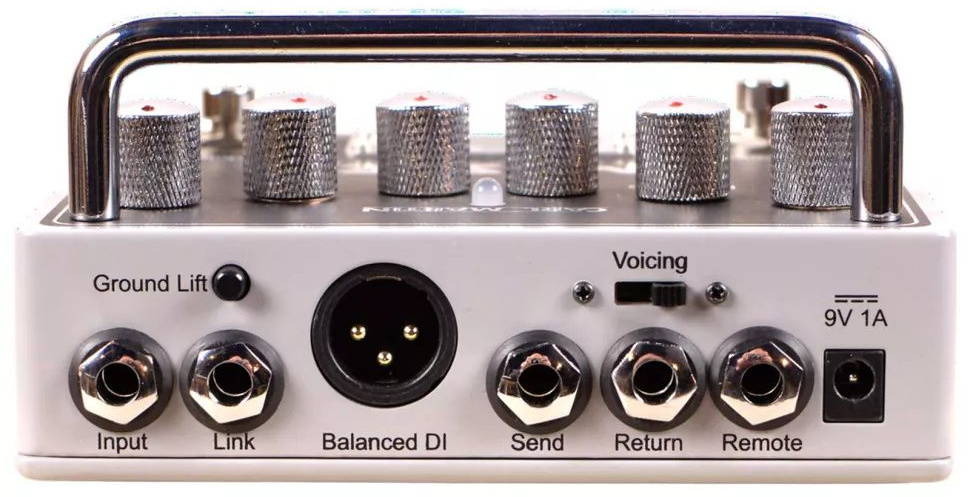 On the rear of the pedal you have Input, Link (signal from input to amp), Send, Return, Remote (to use with for e.g. Octa-Switch*) and an XLR-DI-Out, which can also be freed from any annoying hum via the ground lift switch. In addition, there is a “Voicing” slide switch, which can be used as a three-stage bass cut.

There are a few potential scenarios where this pedal could shine, including going straight to front of house in a live situation, or connecting straight to your DAW for recording. It looks well-thought-out, and because of its tube-driven analogue design, it should appeal to a lot of players.

Follow the link below to read the full specifications, and you can hear the Carl Martin Ampster in action in the demo video below. 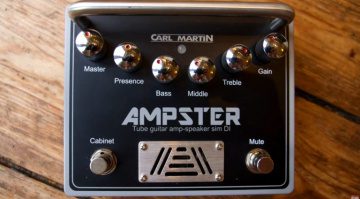 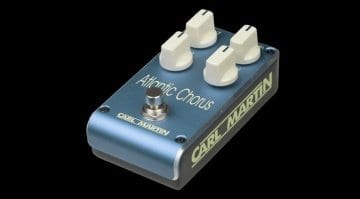 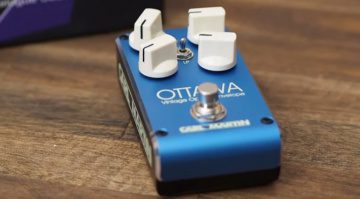 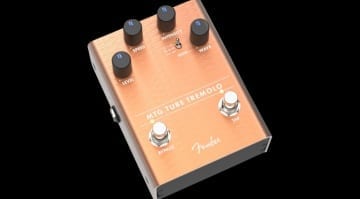