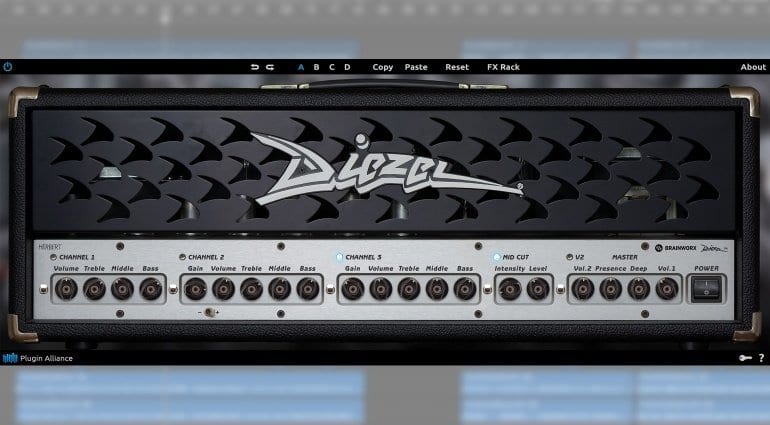 Brainworx Diezel Herbert plugin without the need for any DSP  ·  Source: Brainworx

Brainworx’ Diezel Herbert amp simulation plugin, a recreation of a modern three-channel guitar amp head, has now been released as a native version via Plugin Alliance. The previous version was available only on the UAD2 platform. With a stack of killer distortion and heavy clean sounds, the Brainworx Diezel Herbert plugin is aimed squarely at players looking for modern high end tones.

Channel 1 serves you up some “classic” clean sound, while Channel 2 provides the Diezel Signature Crunch with a punchy attack. Channel 3 adds high-gain sounds with a lot of distortion. Each of these three channels has a 3-band EQ.

The integrated effect rack gives you most tools guitarists require for a high gain amp head (even a virtual one): noise gate, high and low pass filter, plus a power-soak circuit. 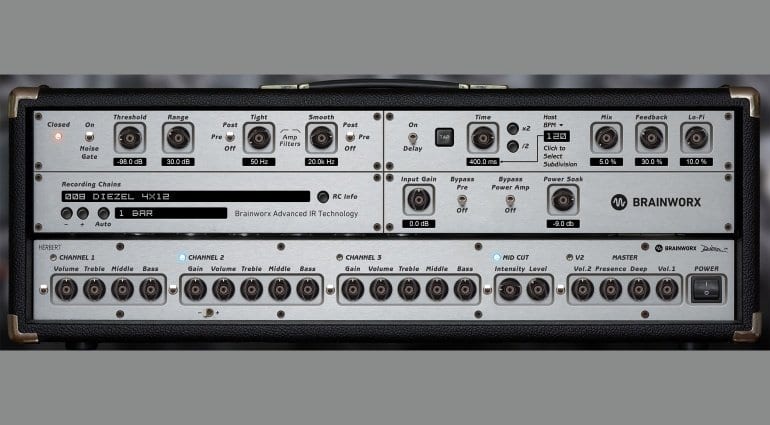 On top of all that you get 120 Impulse Responses simulating different recording scenarios with various possible mic’ing set-ups, played through different outboard gear. That even includes Brainworx’s own Neve VXS 72 mixing console.

Brainworx Diezel Herbert costs USD 149 stand-alone or as part of the new Mega Bundle. The plug-in runs on macOS 10.9 or higher and Windows 7 or higher as AAX, AU, VST and VST3 . For installation and authorization you need the free installation manager. A PDF user manual is available for download on the website. You can download a demo version that works for 14 days if you want to take it for a spin. 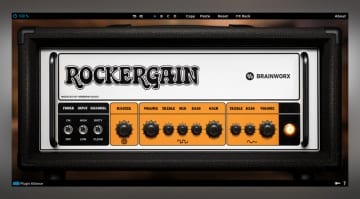