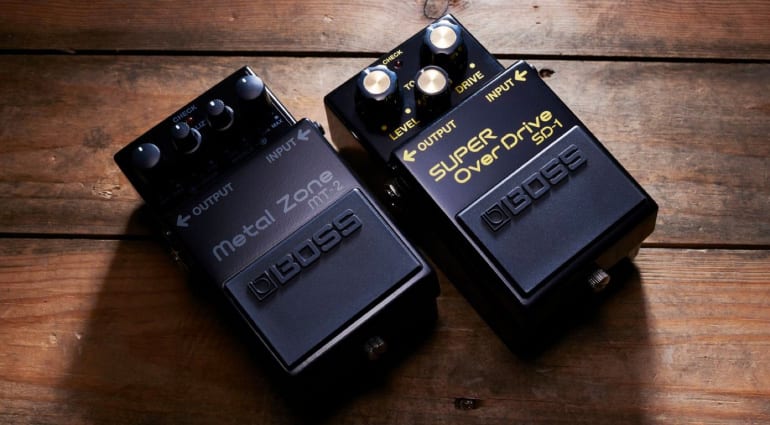 Boss has announced two new anniversary-marking pedals. Both dressed in black, the SD-1-4A Super Overdrive and MT-2-3A Metal Zone will be available for one year.

To celebrate the 40th anniversary of the SD-1 Super Overdrive and the 30th anniversary of the MT-2, Boss will issue both pedals in an all black finish for one year. Each pedal, apart from being black, will also feature a vintage silver thumbscrew for their battery compartments and come in commemorative boxes with their respective anniversary logos printed on them. 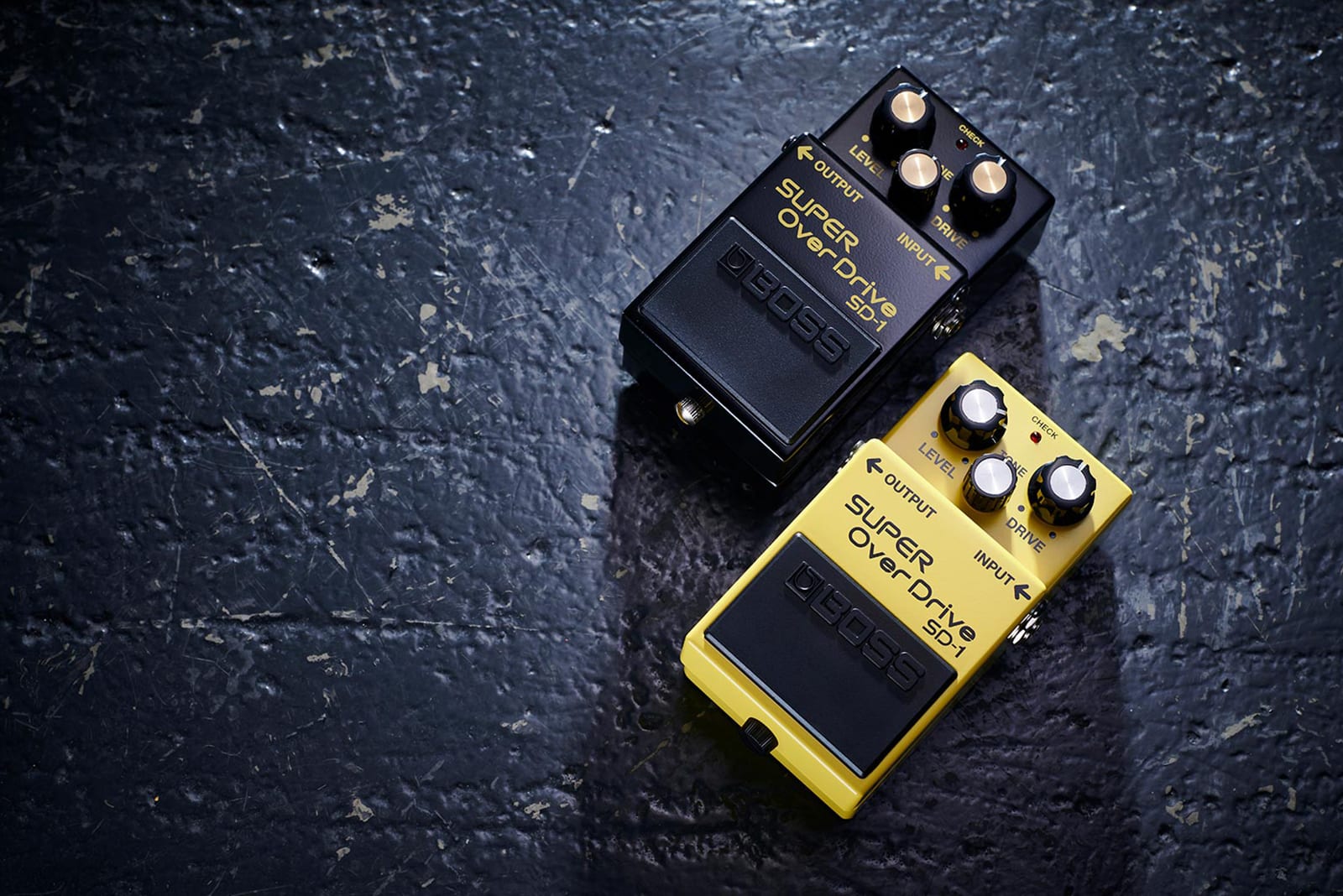 Both the SD-1-4A Super Overdrive and MT-2-3A Metal Zone will be available from June up until around the end of the year, so if you like collectable and alternative coloured pedals, you may want to pick one up. The special anniversary edition of the Super Overdrive has yellow lettering and gold-capped knobs, whereas the Metal Zone features grey lettering and black knobs. 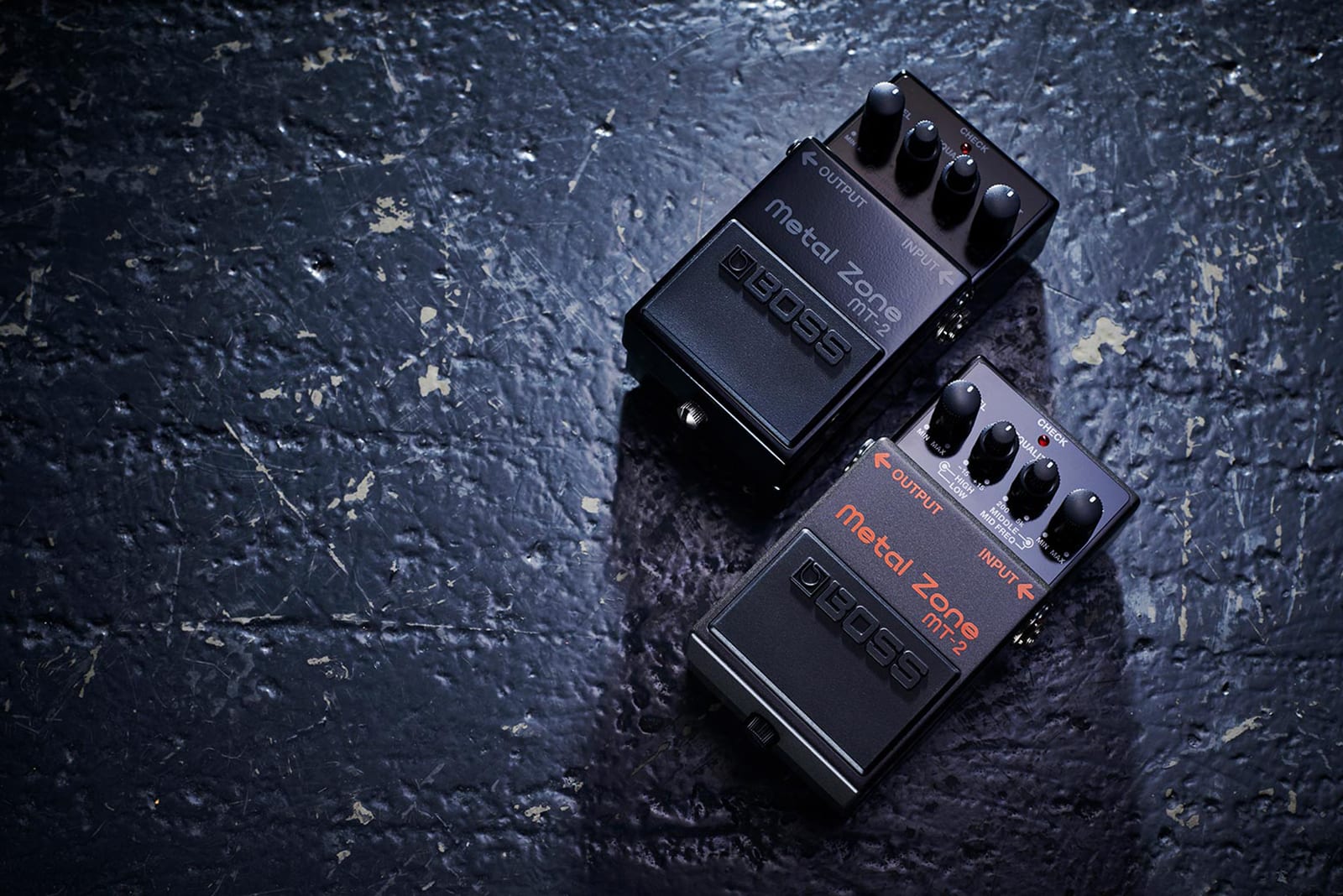 The Boss SD-1 is my all-time favourite overdrive pedal, probably because I grew up playing one in the 1980s through a Marshall JCM800 stack. It originally came out in 1981 and was my first ever Boss pedal. The MT-2 is one of its biggest selling pedals and, if you like distortion, you should try it out at least once. Though I will say, I’m not a huge fan of it myself.

The fact that these two effects have been in production for 40 and 30 years respectively says a lot about Boss pedals in general. The company is one of the original innovators of the compact stompbox and the designs stand the test of time, whatever you feel about them.