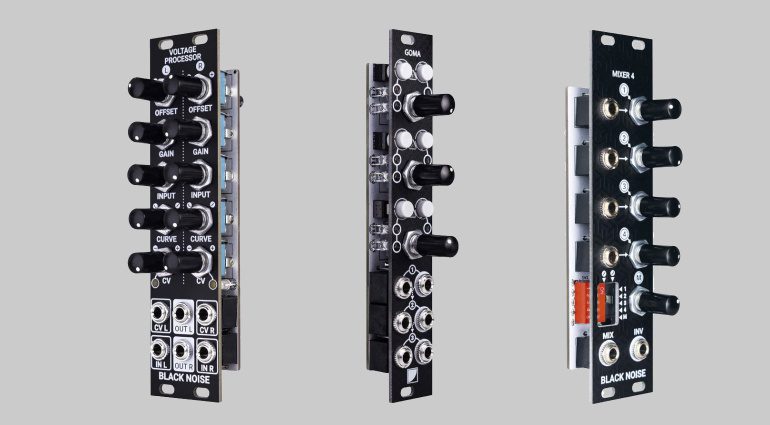 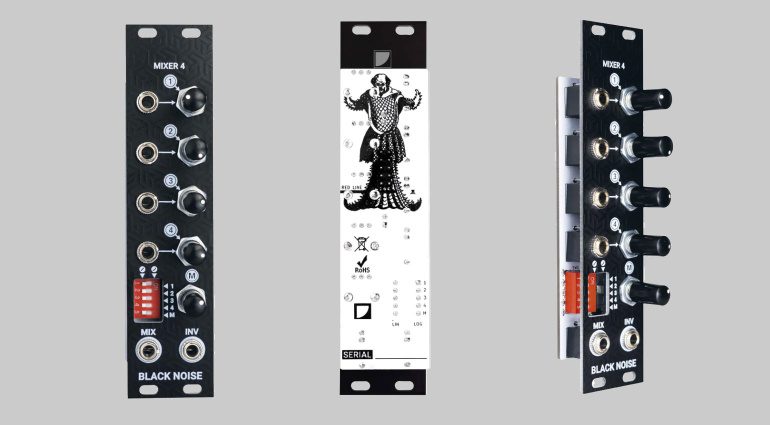 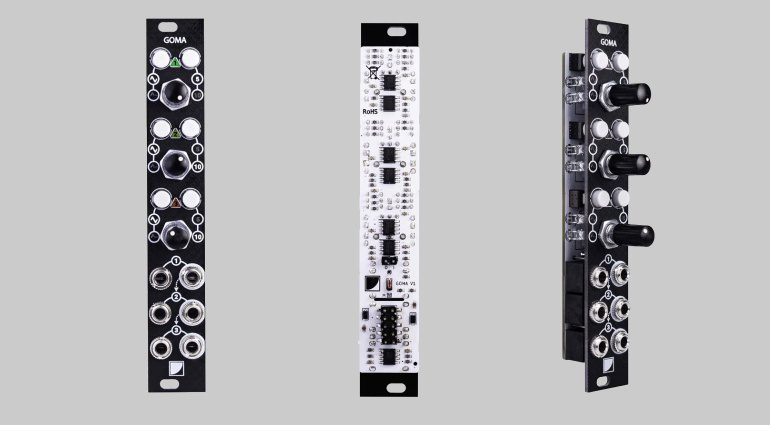 The Voltage Processor packs in as much functionality as you can muster into a 6HP module. It can be used as a dual or stereo VCA, a CV crossfader, dual amplitude modulator, a CV controlled manner, attenuator, inverter, offset generator, exponential or logarithmic converter, pulse width modulator, waveshaper, Ring Modulator, overdrive, compressor and sidechain. Quite how you do that with an input, output and single CV control and 5 knobs per channel is beyond me. But for those with the skills this could be a super-versatile module. 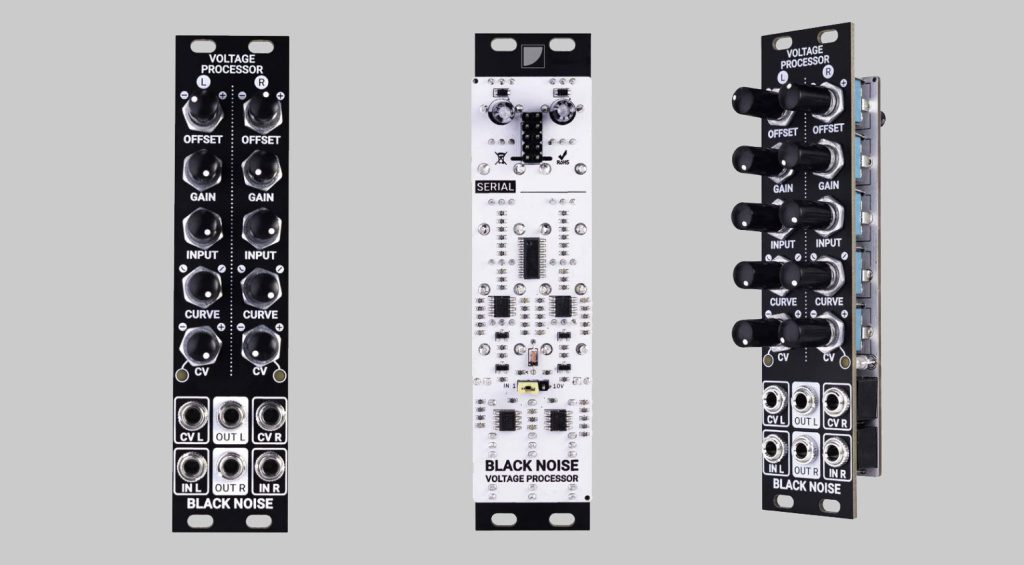 This stands for Generator, Offset, Mixer, Attenuator and is also an attenuvertor. The idea was to build a high-quality attenuator/attenuvertor that could fit in any case. It has three channels and they can be individually switched between attenuating and attenuverting. You can also switch between 5v and 10v. 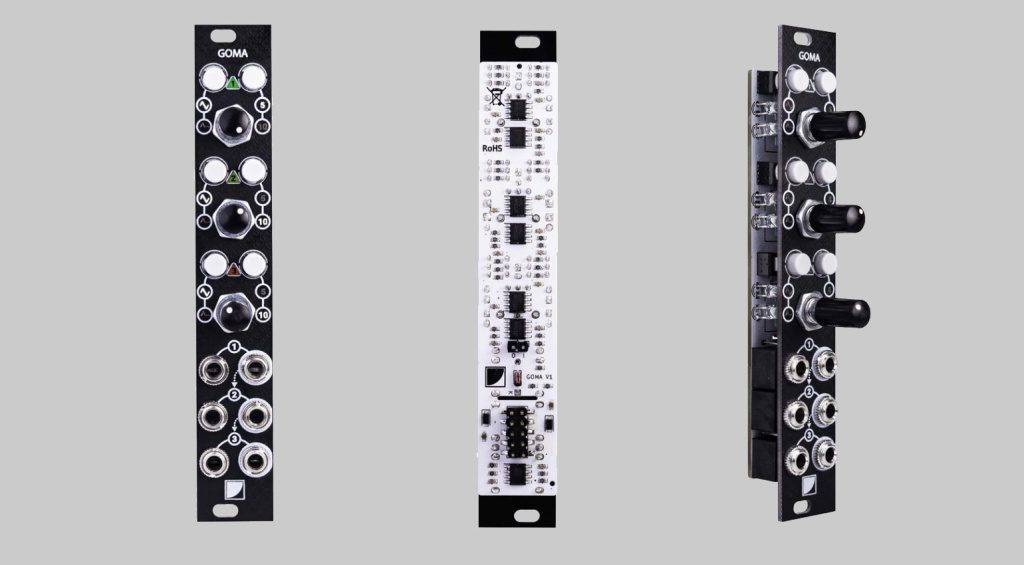 GOMA is super-easy, with three inputs and outputs with level control and the best feature is that you can daisy chain them up to create an infinite mixer if you so wished.

And finally, there’s a new version of the Black Noise Modular Mixer 4. Slightly more elaborate than the GOMA it has four channels with level control and a master output. There’s also an inverted output that’s useful if you are mixing CV. This updated version has a dip switch panel on the front where you can set the curve for each of the channels to better accommodate CV. 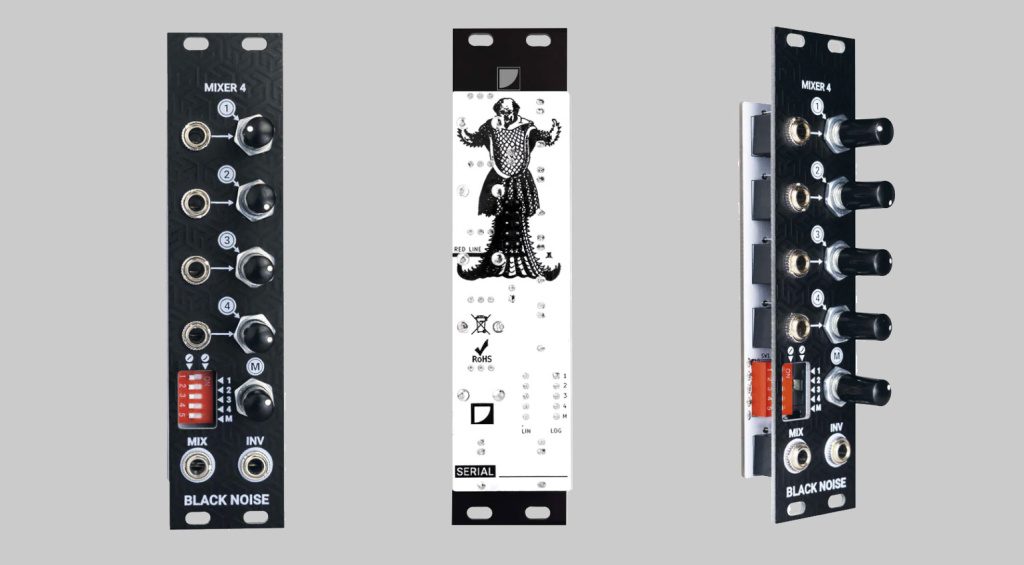 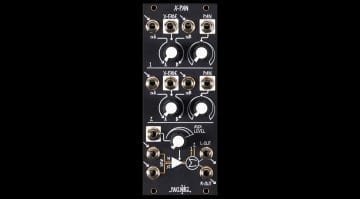 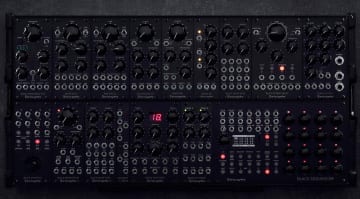 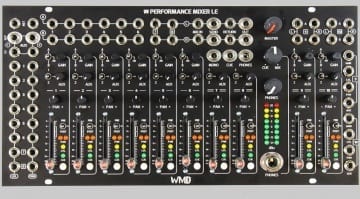 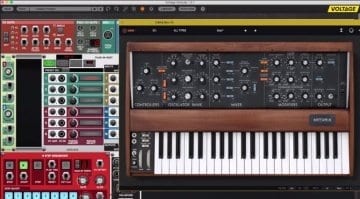