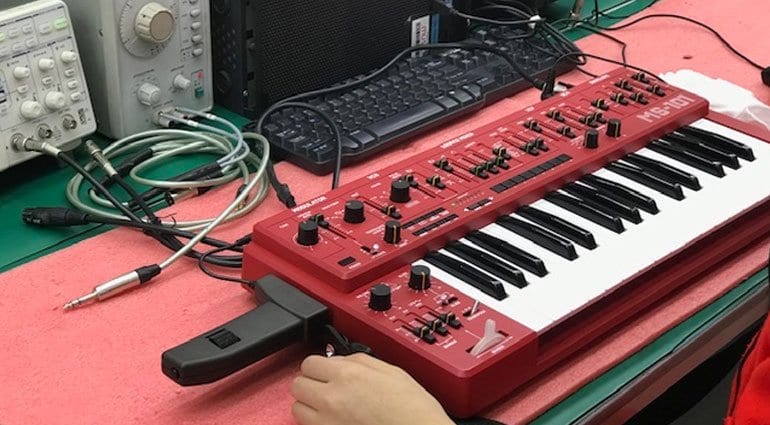 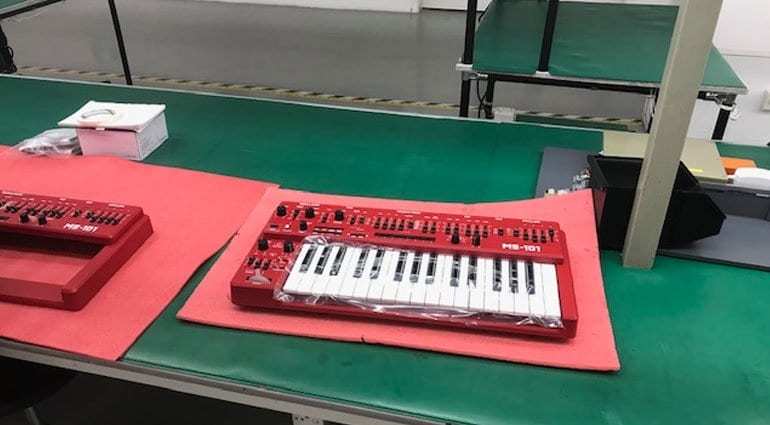 Behringer is rounding off the year with everything on the table. In the last 30 days they’ve updated us on the RD-909 (still no sign of the RD-808), shared UB-Xa development renders, released firmware updates for the Model D and Neutron, and told us that the Odyssey is in pre-production. Now Uli has taken to Gearslutz to update us on the MS-101, his Roland SH-101 tribute.

Unsurprisingly Uli says that the factory is nearly bursting with producing all these bits of synthesizer wizardry. The MS-101 is taking longer than expected but they are at the stage where they produce 50 units for testing (hands-up who wants one to try out for them – me me me!). If all goes to plan then they aim to go into full production in January.

The MS-101 is probably going to be the killer product that everyone has been waiting for. Personally, I find it a bit clunky and plastic, as was the original SH-101 but at that time it was pretty unique. There’s no doubt that it will be fun to play with although I don’t anticipate seeing many people rocking out with the mod-grip wherever live music exists on the telly these days.

With no sign of the RD-808 and the promised pre-Christmas release date, the RD-909 being bumped, the UB-Xa behind schedule, Pro One and Odyssey only in pre-production it seems that Behringer has underestimated what it takes to produce this kind of synth. They need to slow down, give more realistic release estimates and focus more on getting it right than over-promising to the synth community. But it will all work itself out and 2019 may well belong to Behringer and their reimagining of classic synthesizers and drum machines.

Having the engineers of Klark, Midas and TC and then building synth clones is like flying a F35 as cropduster.