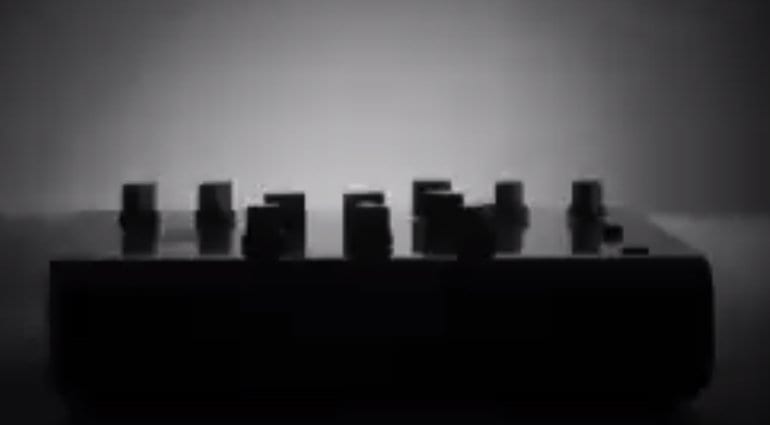 UK-based maker of consoles and interfaces Audient has today teased a new ‘guitar product’ via Twitter. It looks like it could be some type of modelling/processing hardware; luckily the company says we’ll only have to wait till Firday to find out what the fuss is all about…

So could it be a guitar interface? Have built-in DSP/modelling? Can we use it for live work or desktop recording? Well, you will have to officially wait until 11 January for a full reveal.

We think that it could be related to its Audient iD44  which uses JFET technology on the input section designed to replicate the sound of a classic valve amplifier. So, perhaps a smaller, pedal-sized version of that technology, one that a guitar player can use live?

The video does have a couple of clues to keep us guessing. The teaser shows the front panel of the unit, with three jacks visible. One is labelled with a guitar symbol (guitar input obvs), one has “AMP IO” next to it, while the third is obviously a headphone output. What could “AMP IO” mean? Could this unit be some kind of amp load box, too, like the BOSS WAZA Amp Expander? Also, we’re wondering if the pedal at the beginning of the video is part of the system, or if the product is just the “main” box…

There’s also a bit of a hint at valve technology in some form, with a bit of orangey glow shown on part of the top control panel. It’ll be interesting to see if this is a real tube built into the unit or some kind of emulation technology. It’d be cool if it had a tube on the guitar input but one that you could swap out.

But for now, all that’s left is to watch the Twitter post below. Feel free to let us know what you think it could be in the comments section below!