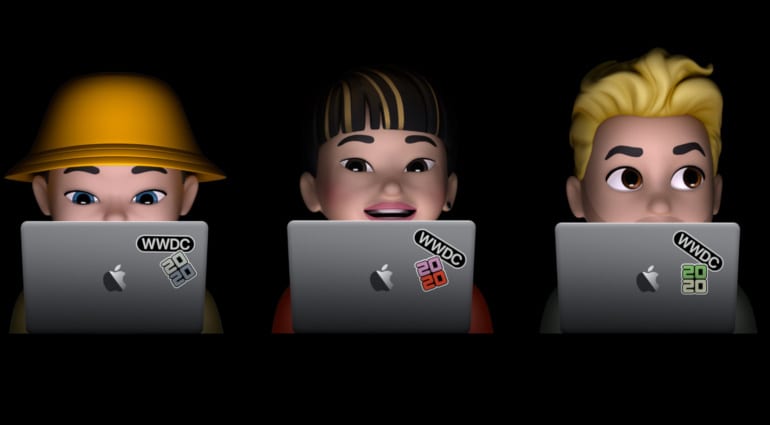 Apple’s WWDC 2020 keynote defined a new chapter for the Cupertino company’s computers. With major changes planned for both the software and hardware, MacBooks and iMacs have become even more attractive for music producers.

The long-rumored switch from Intel processors to in-house developed ARM silicon is now matter of fact. Reportedly faster and more efficient, the new processors bring two key benefits for Apple and its customers. First off, the company’s hands are no longer tied to Intel’s roadmap when it comes to product refreshes. Apple will be able to update its computers as many times and as often as it wants.

Second – and of bigger note to music producers – the desktop and laptop Mac computers will be able to run iOS and iPadOS apps natively! This means macOS is finally open to the vast variety of amazing iPhone and iPad music making apps Apple’s mobile devices have amassed over the years. Likewise, the iPhone and iPad will get to run ARM-based variants of Apple’s desktop apps – including Logic Pro. A full-fledged DAW on an iPad Pro will become an absolute reality.

With the first ARM-driven Macs scheduled for “later this year”, Apple already offers an ARM-based Mac Mini for developers looking to quickly catch up with the latest technology. The little computer runs on the A12Z chip as found in the 2020 iPad Pro, and also includes 16GB of RAM and 512GB SSD storage – alongside preview versions of macOS Big Sur and the Xcode development environment.

13-inch MacBook Pro and iMac the first to get ARM chips?

According to the well-informed analyst Ming-Chi Kuo, the first Apple computers to switch to ARM processor will be the 13-inch MacBook Pro and a redesigned iMac. The latter will supposedly resemble a large iPad Pro. Indeed, thanks to the new silicon, the desktop Mac could become extremely sleek and power-efficient – not unlike Apple’s tablet for pros. The new computers could be announced as soon as this fall.

Big Sur is a major update to the Mac operating system, one worthy of a new nomenclature. With OS X finally finished (after a whopping 20 years, no less), macOS 11.0 will introduce a fresh iOS-like look and feel, as well as ARM support. Apple has already ported its pro apps, including Logic Pro and Final Cut to the new architecture and is working with major developers like Microsoft and Adobe to bring the likes of Office, Lightroom and Photoshop on-board its new platform.

Apple’s executives estimate the entire transition from Intel to ARM, with software development, will take around two years before it’s fully smoothed out. However, things already seem promising. Apple demonstrated Photoshop and Final Cut running smoothly and responsively on its in-house hardware. I reckon Logic Pro and other DAWs will be a breeze for the new ARM silicon.

What did you think about the announcements at WWDC? A big step forward or all a bit uninspiring? Let us know in the comments below.

4 responses to “Apple WWDC 2020: the future of Mac is bright for music producers”