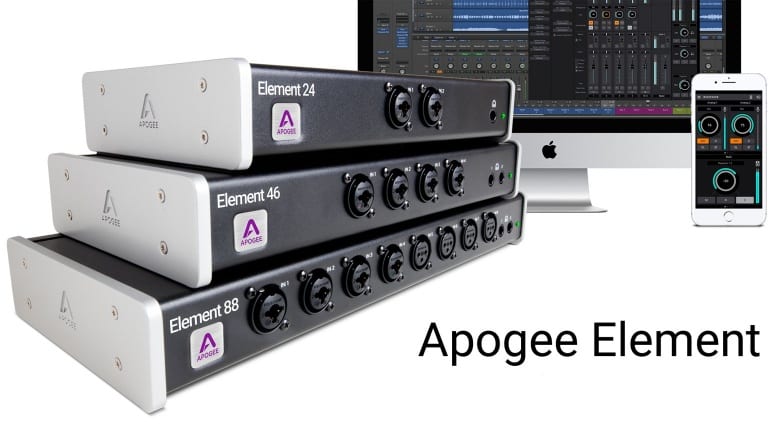 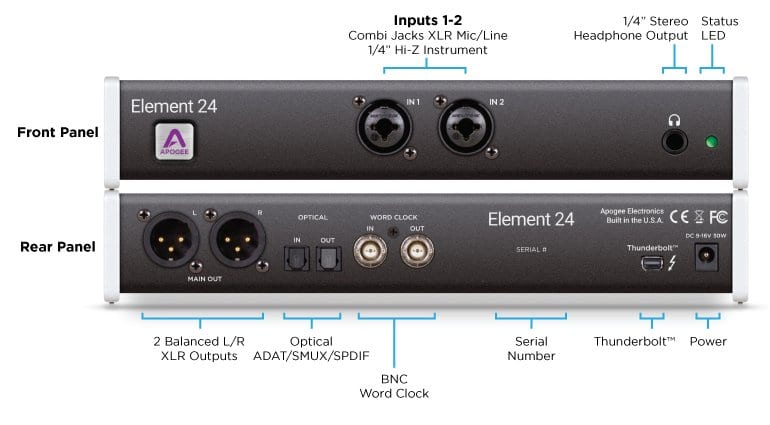 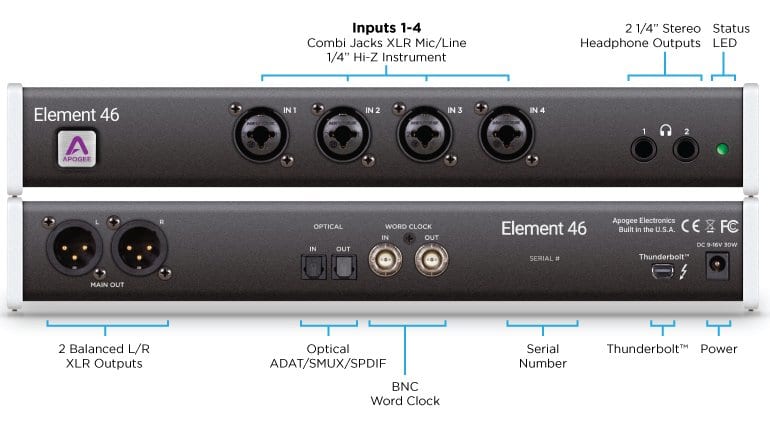 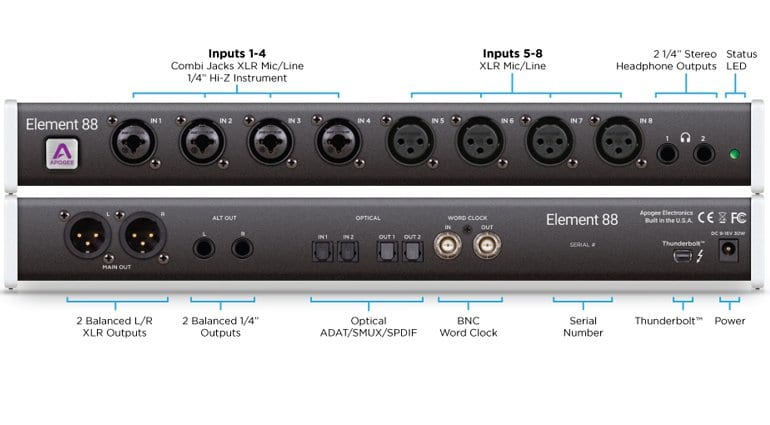 First the Apogee Ensemble was released, then Focusrite took the interface market by surprise with the Red 4Pre. The Red 8Pre announced this week is more comparable to the Ensemble with 8 pre-amps, but offers more connectivity at a slightly higher price. For a more affordable solution, Focusrite released the Clarett range first and now Apogee have announced these new Element interfaces. With similar specifications and prices, it really only comes down to minor differences in features, technical ratings and almost single dollars.

Apogee’s new range of Thunderbolt interfaces present some impressive technical specifications. The EIN of the pre-amps is 129dB and the round trip latency is as low as 1.41ms. They claim the AD/DA’s are comparable to that of their Ensemble interface, yet these are priced more competitively. What have we got, almost the equivalent to the Focusrite Clarett range?

There are three models available; 24, 46 and 88. The model numbers relate to their respective analogue inputs and outputs. The 24 has 2 inputs/4 outputs, the 46 has 4 inputs/6 outputs and the 88 has 8 inputs/8 outputs. Be aware these aren’t 4, 6 or 8 line outputs! It’s a slightly strange arrangement, made up with stereo headphone and monitor outputs.

I’m not entirely convinced by the name ‘Element’. On one side it sounds scientific and their website plays the obvious comparison to the periodic elements, but it could also mean basic elements. i.e. entry level and only offering the necessary elements required in an interface. I think it would be a shame if anyone was to make this assumption as these clearly aren’t basic entry-level interfaces. The technical specifications that these offer don’t come easily.

One play on the word ‘Element’ however, is that these interfaces can be used as elements to build a larger system. Apogee are marketing that any two Element interfaces can be linked to increase your total I/O count. Whilst this appears scalable and flexible, Apogee have employed single Thunderbolt connections which doesn’t permit daisy-chaining. To achieve low-latency monitor mixes using two interfaces, they will need to be connected via the ADAT optical connections.

Here is a YouTube video from the Apogee Electronics channel, introducing the features of the Element Series.