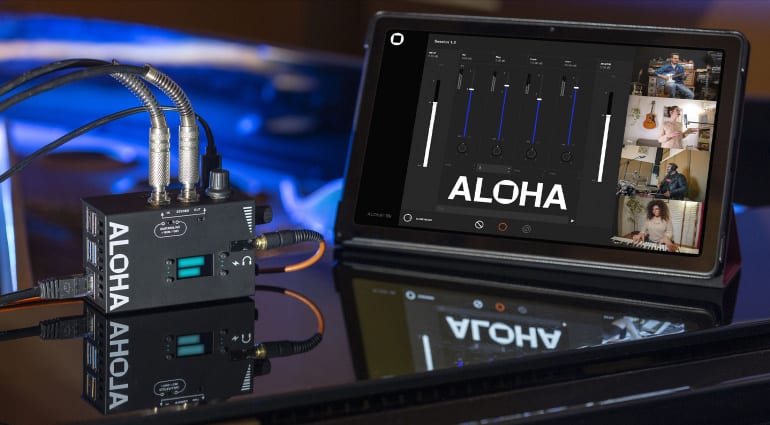 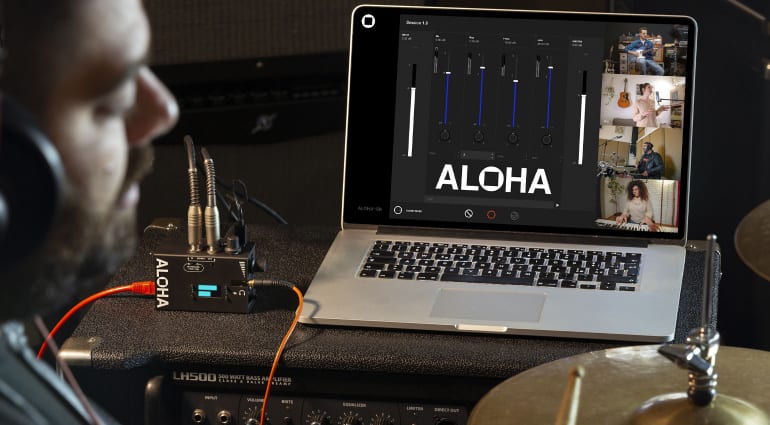 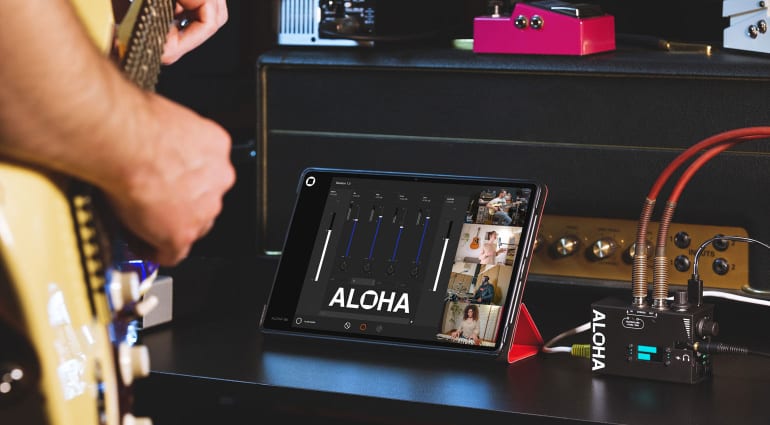 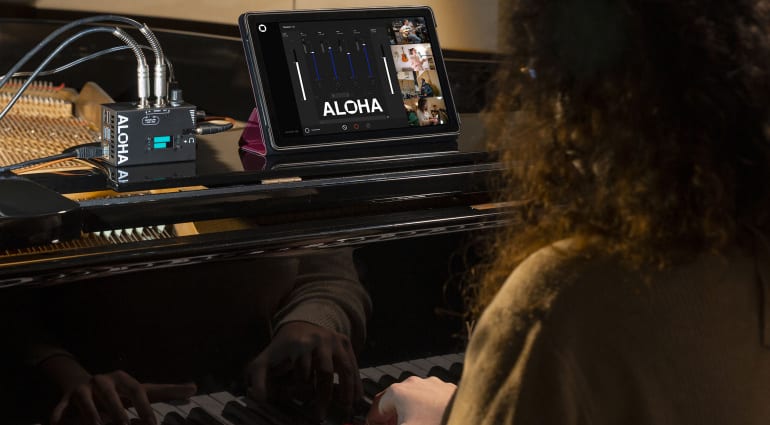 Beta testing of Elk Audio’s latency-busting online jamming technology is going well and we finally get some proper photos of the product. And the new demo videos make this system look extraordinarily promising, too…

The story so far:
Elk Audio developed a super slim, super-fast operating system called AudioOS designed for running audio applications. They used it to turn VST Instruments and effects into hardware boxes which is pretty neat. During the Pandemic they started looking at ways AudioOS could help reduce the latency problem that makes jamming with other musicians over the internet practically impossible. They came up with a hardware box and a controller app and they called it ALOHA (for reasons that are unlikely to become clear at the moment). Plug ALOHA into your internet router and latency times are slashed to the point that playing instruments with other people over the internet could work.

The most puzzling bit from an observer’s point of view was that you never got to see what ALOHA actually was and so it was difficult to really grasp what was being achieved and how it worked. I had the opportunity to talk to them after my original article and they said that it just wasn’t ready to be seen. At that point ALOHA was a Raspberry Pi in a crappy plastic box with some RCA cables duct-taped on the side – it was not what Elk wanted as a lasting impression of their technology. Fair enough! They said that once they got the beta phase underway they would have prototyped a more appropriate piece of hardware. That’s what we’re seeing in these new photos. 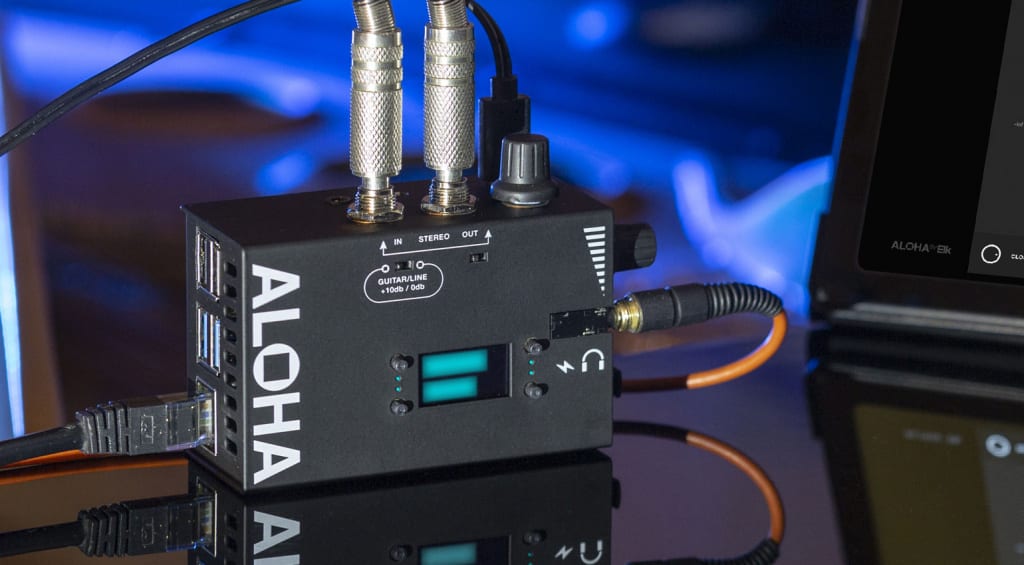 It’s a rugged-looking box that gives you the physical inputs and outputs to route audio and MIDI over the internet. It plugs directly into your router bypassing all of that mucking about on computers. Although you can, of course, plug the output of your computer’s audio interface or sequencer into ALOHA.

All the control is done via an app which also provides the communication and video feed from your bandmates. 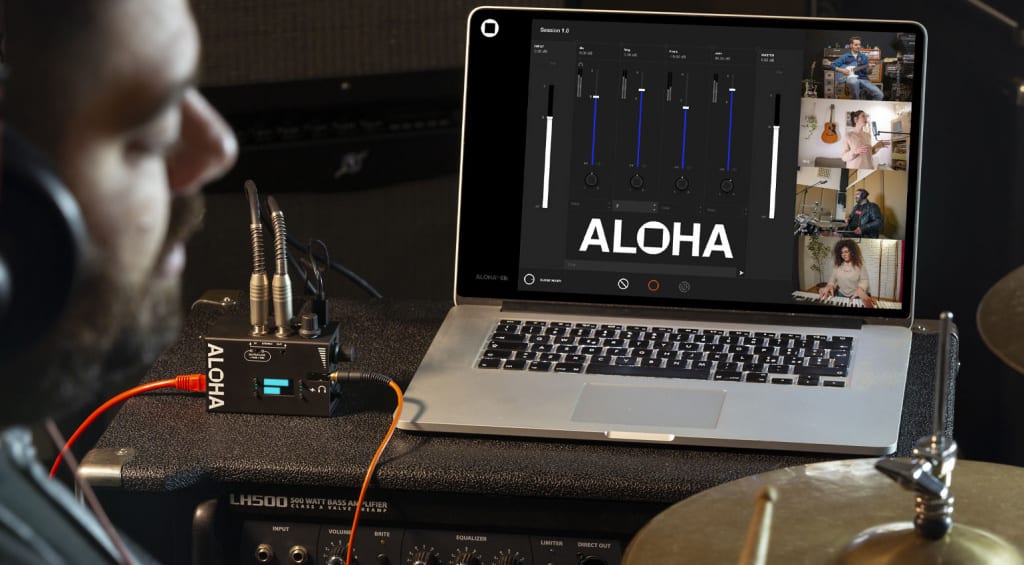 You can set levels for your own monitor mix and I think you can stream directly from the app to your streaming service.

They had over 2000 people sign up to beta test the system. They come from all over the planet and consist of amateur and professional musicians, music producers and music teachers. There’s been a lot of interest from education, bands that want to rehearse and just people who want to open up the possibility of playing with other musicians around the world.

The most interesting bits from the press release about the feedback they’ve had so far are these two:

I think the hardest thing to grasp is the lack of latency. It’s one of those things that when it works well it ultimately becomes invisible. This is an interesting video showing guitarist Ryan Roxie playing an amp in a completely different studio – it will make more sense when you watch it.

So yeah, that seems to work!

Elk Audio is looking to release ALOHA in Q2 next year. There are also doing a lot of testing over 5G so you can jam from the park or your roof or something. Maybe you’ll be able to busk simultaneously in London and New York with musicians in both directions – who knows?

Anyway, it continues to be fascinating. 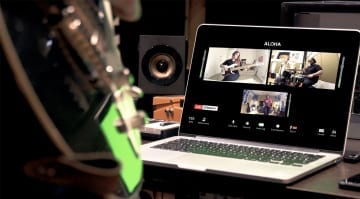 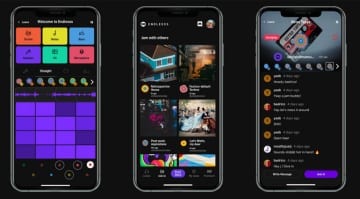 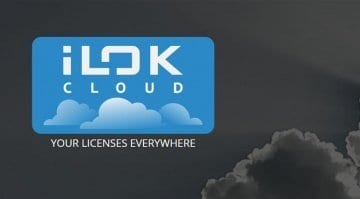