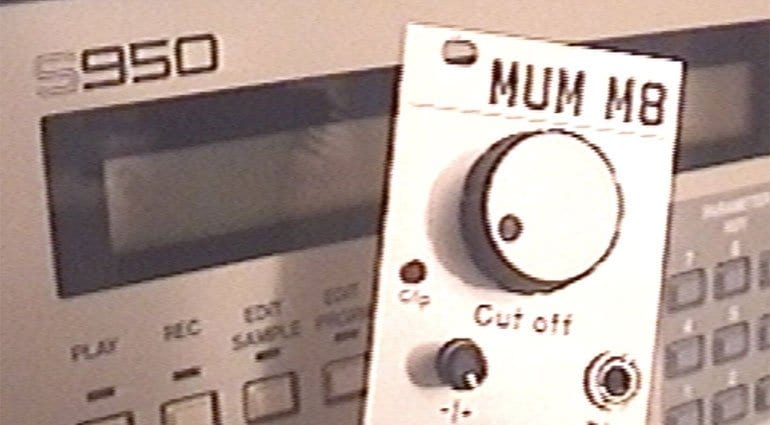 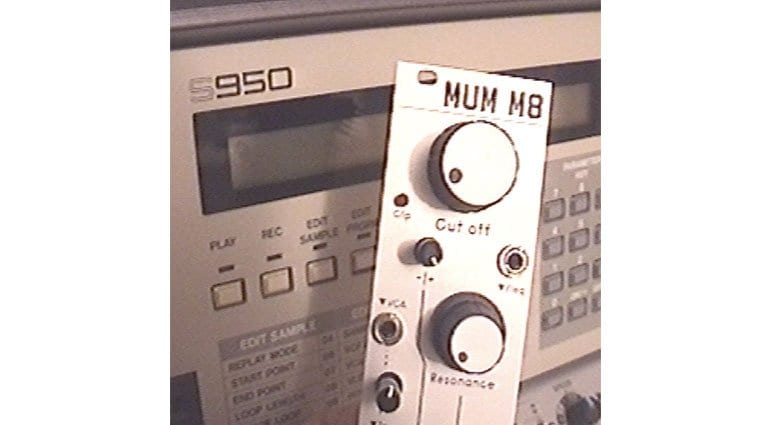 ALM, also known as Busy Circuits, are probably best known for the “Pamela’s Workout” clocked modulation source module. Via a few sources, it’s come to light that they could soon be releasing a filter based upon the one found in the Akai S950. It seems to be called MUM M8 for reasons that are unlikely to become clear at the moment.

Heading over the ModularGrid I found an entry for a prototype that was posted in September. 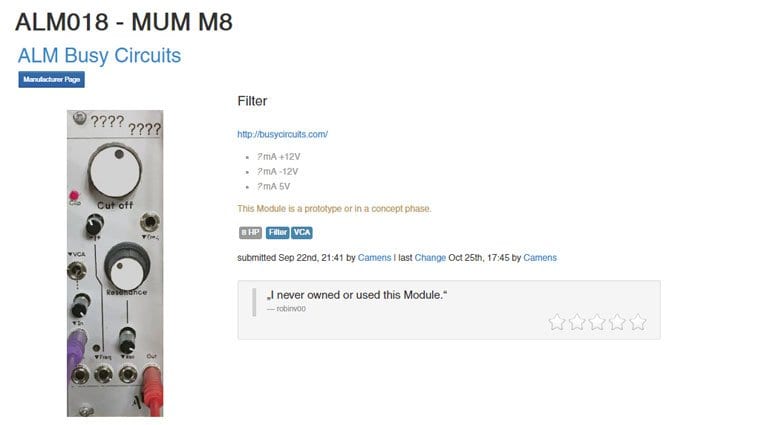 And then after a bit of rooting around on the MuffWiggler forum I came across a thread about the Machines In Music show held in New York a couple of weeks ago. A few people mentioned seeing it there. But then someone pointed out that it was at Superbooth as an unnamed prototype and was caught on video by SonicState.

So it’s quite possible that everyone is already aware of it except me. But it’s interesting enough to make a fuss about I think.

As we all know the Akai S950 filter is a “2-poles non-resonant filter based on a MF6CN a switched capacitor VCF hybrid analog-digital.” (source). In the video Matthew from ALM mentions how it uses a switched capacitor chip, is a 6-pole filter and has a high cut-off. He mentions how it doesn’t sound that similar to the S950 but it does have a lot of character. It has a built-in VCA and an overdrive circuit and they’ve also added resonance which the S950 filter doesn’t have.

Well, that was an interesting rabbit hole to dive down. Hopefully, more information will emerge very soon as this intriguing module nears release. Do really love those ALM knobs. 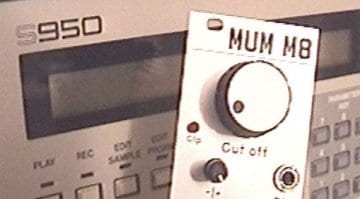 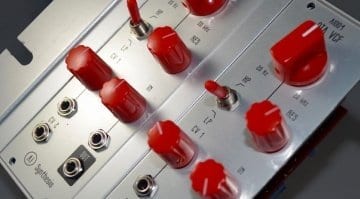 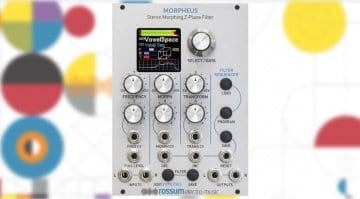