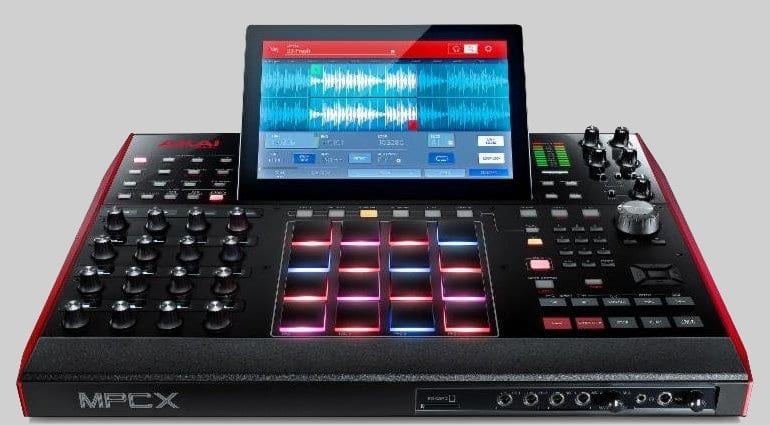 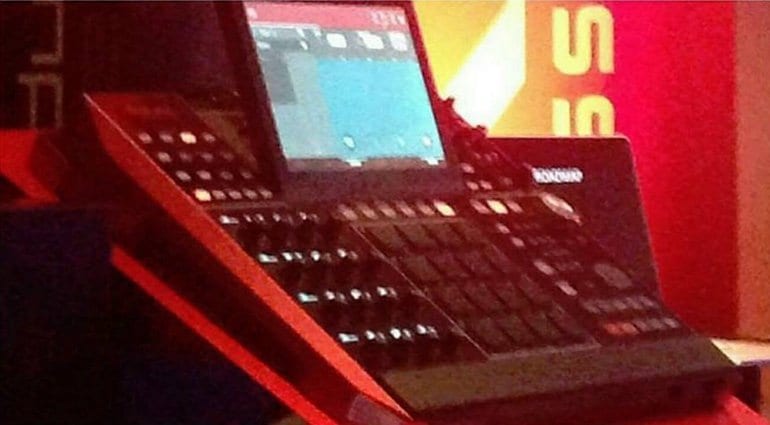 HotYesterday, our German sister site spotted an image of what looks like a new stand-alone MPC workstation by AKAI. And if this is the real deal, it’s quite a monster: it’s got the name MPCX emblazoned on the front, and a big screen in the centre (presumably a touch-screen). Is this a new flagship AKAI MPC product in the offing or an internet hoax? We have good reason to believe the image is genuine.

A first glance at this new image shows 16 (presumably endless?) rotary encoders, the obligatory 16 back-lit touch pads, a control section, output meter and so on. The general impression is of an MPC Renaissance in red. Above each of the 16 rotary knobs on the left looks like what might be an individual display of some sort, but it’s difficult to make out.

If this is a bona fide image, and not a hoax of some sort, the new unit will also have a big jog/scrub wheel, and what looks very much like a transport section. But the main focus seems to be on the screen, which pictures audio data, presumably samples; it’s very enticing to speculate about a touch-screen used to manipulate samples and audio on the fly.

Rumours had been percolating since November that AKAI had something in the works. Fans of the MPC had been put into a frenzy by rumours of a product called MPC Live (see our earlier story). Speculation was also circulating about a Renaissance Mk2-type unit after an appearance at a Microsoft press conference (German); the unit seen there bears a strong similarity with this ‘MPCX’ image. These could be two units in a new product family, or different prototype builds of the same design.

But the story was still pretty vague and could easily have been a hoax of some sort. So when these two additional new photos surfaced on the gearslutz forum, we became fairly certain that they are genuine. The second of the two is a poor-quality shot, presumably taken with a phone, showing a unit that is in use somewhere, at least for display purposes, if not for demos. If that’s a hoax, it’s a very elaborate one. Although at this stage we can’t be certain that they are, in fact, exactly the same product. But they do look remarkably similar.

AKAI have been very busy, it would seem – a powerful new MPC product seems to be on the horizon. We at gearnews.com are very excited and can’t wait to find out exactly what it can do, and what the price will be.