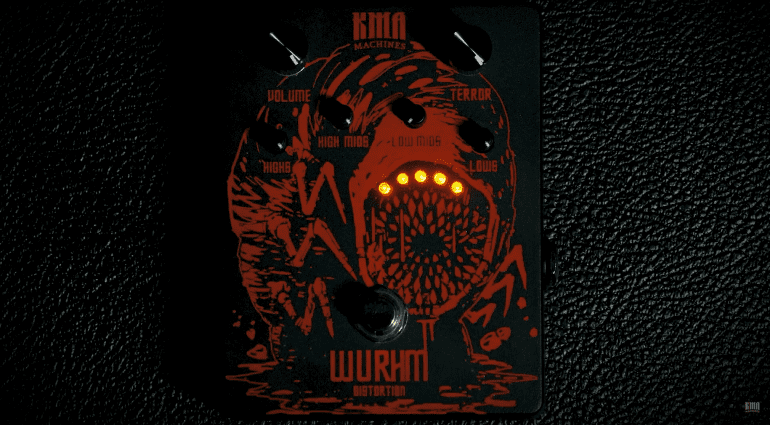 The announcement of this new, limited run of the KMA Machines WURHM is well-timed, and coincides with Boss’ announcement of a Waza Craft HM-2 pedal. The WURHM is essentially a variation on the classic Boss HM-2, famous for inspiring the Swedish Death Metal tone. It is the latest tribute to that oft-copied original, and yet another way to cop those brutal tones.

The KMA Machines WURHM takes that buzzsaw tone of the now out-of-production Boss HM2 MIJ pedal to new heights by adding a few improvements. KMA has kept the original HM-2 active EQ section with its Hi Lo controls and added two more bands to give you more tones to play with. The original Boss pedal was a bit of a fuzzy one-trick-pony, so it can’t hurt to have more tonal options at your disposal. Although, you can always choose to ignore them, if you’re looking for that pure ’80s sound of the original black and orange pedal.

With the EQ section, each band has an internal trim-pot allowing you to really tweak the pedal, if you are into that kind of thing. If not, you can simply switch between the original HM2 high control and the KMA Audio Machines designed EQ bands using the internal DIP switches. Switch 1 on its own selects the WURHM high-mids mode. With Switch 1 off and Switch 2 on, you get that famous ‘chainsaw’ HM2 sound. Switch 1 & 2 together gives you three bands, which you can control using the HIGH MIDS dial. Or, you can just opt for cranking the TERROR control, which according to KMA, adjusts the amount of “malice and the evil distortion.” Basically, just turn everything up and see how long you can go for before your ears start to bleed.

After yesterday’s news that Boss will remake the HM-2 as a Waza Craft pedal, and now the arrival of this German-made pedal, it’s possible that we might see the currently inflated prices on the original pedal from getting any higher. I’ve noticed a few dealers selling the originals at ridiculously high prices online recently. This modern version, though, would be a better bet, as it will have a proper warranty and should be built better than the old originals.

Other plus points are the true-bypass switching, compared to the old Boss pedal which was buffered. The KMA also runs from a standard 9 volt power supply, whereas the original HM-2 used a 12 volt external supply instead, which could be awkward. 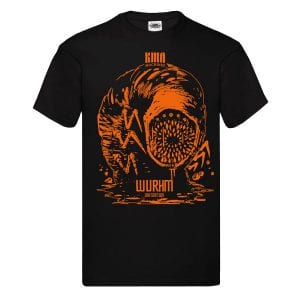 Only 200 units of the Limited Orange Edition WURHM will be available worldwide, and will come with a limited-edition WURHM T-Shirt. You can hear the WURHM in action below, and yes, it sounds pretty ’80s. And very metal! 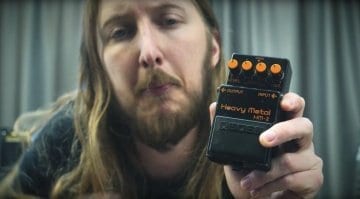 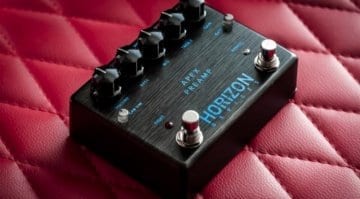