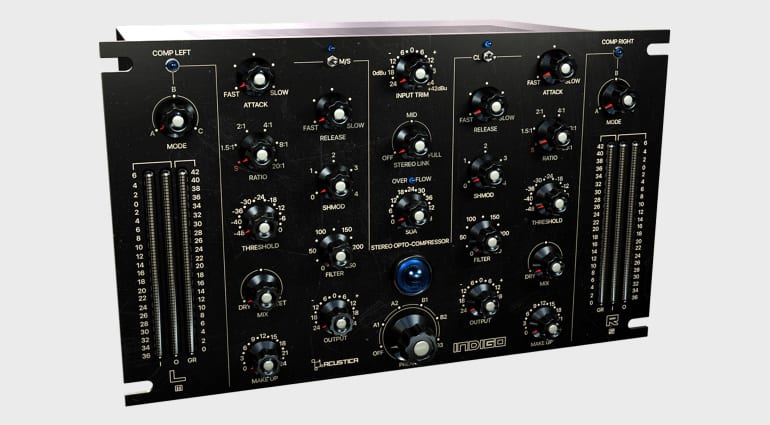 Acustica Audio has introduced Indigo. The Indigo suite consists of five plug-ins inspired by iconic hardware units: two equalizers, mono and stereo compressors and a unique stereo image processor. While Acustica says that Indigo’s main territory is “high-end mastering”, these should be useful in every stage of music production.

Acustica remains one of the most productive plug-in developers out there. Only three weeks after debuting Snow, the company has already unveiled its next full-blown suite of plug-ins: Indigo. And this time, they’ve drawn inspiration from several boutique mastering units. Want to take a guess?

Indigo includes two equalizers. The first is a 6-band stereo tube EQ based on a circuit design from the late 60s. Acustica says that the original hails from Denmark, which, together with the panel design, points to the Fairman TMEQ. But as always, they don’t tell us for certain. 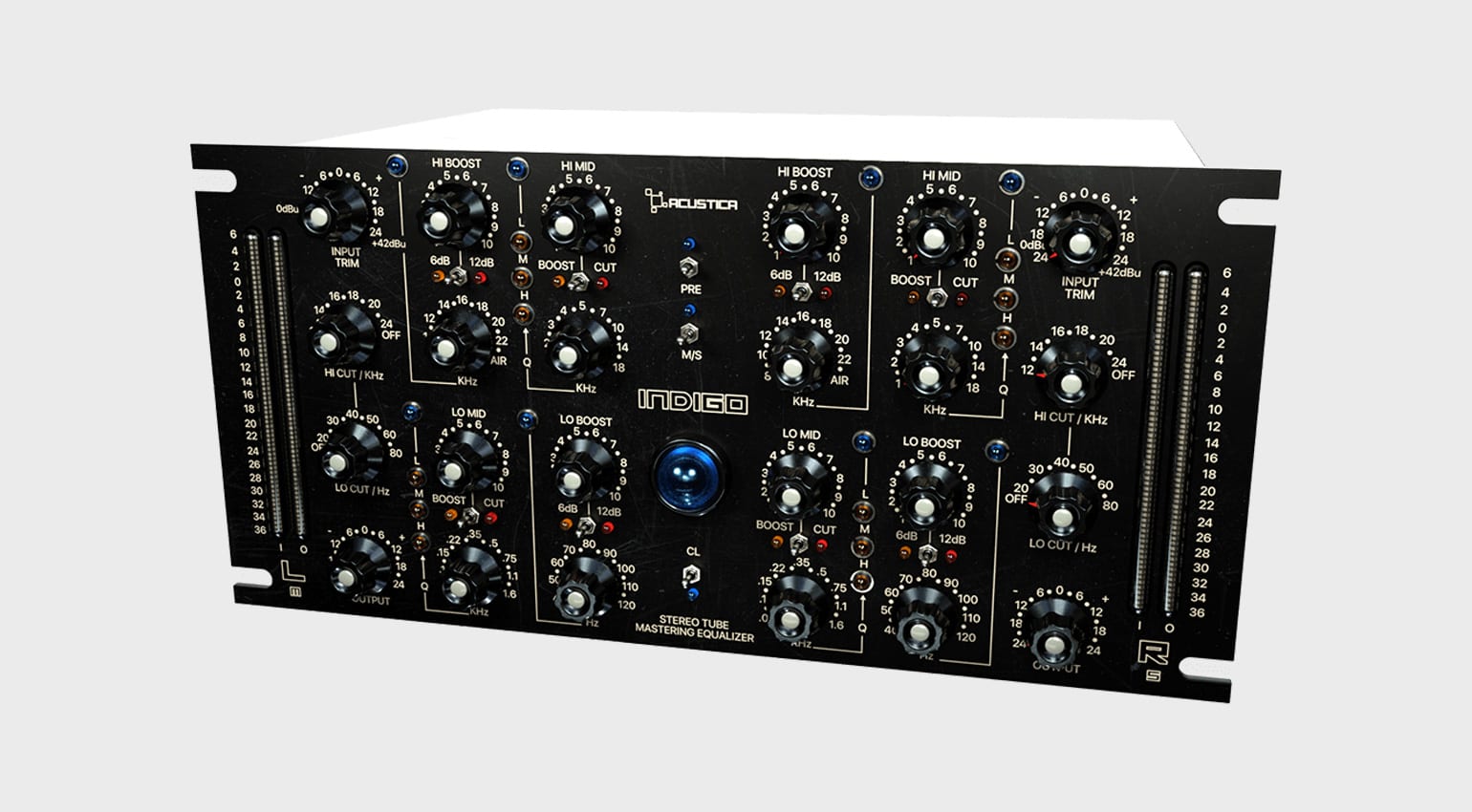 The second EQ is based on a unit made in the USA. It’s a modern, discrete 3-band stereo tube EQ with Jensen input and output transformers. This equalizer features an “aggression” control that adds musical harmonics, Acustica says. 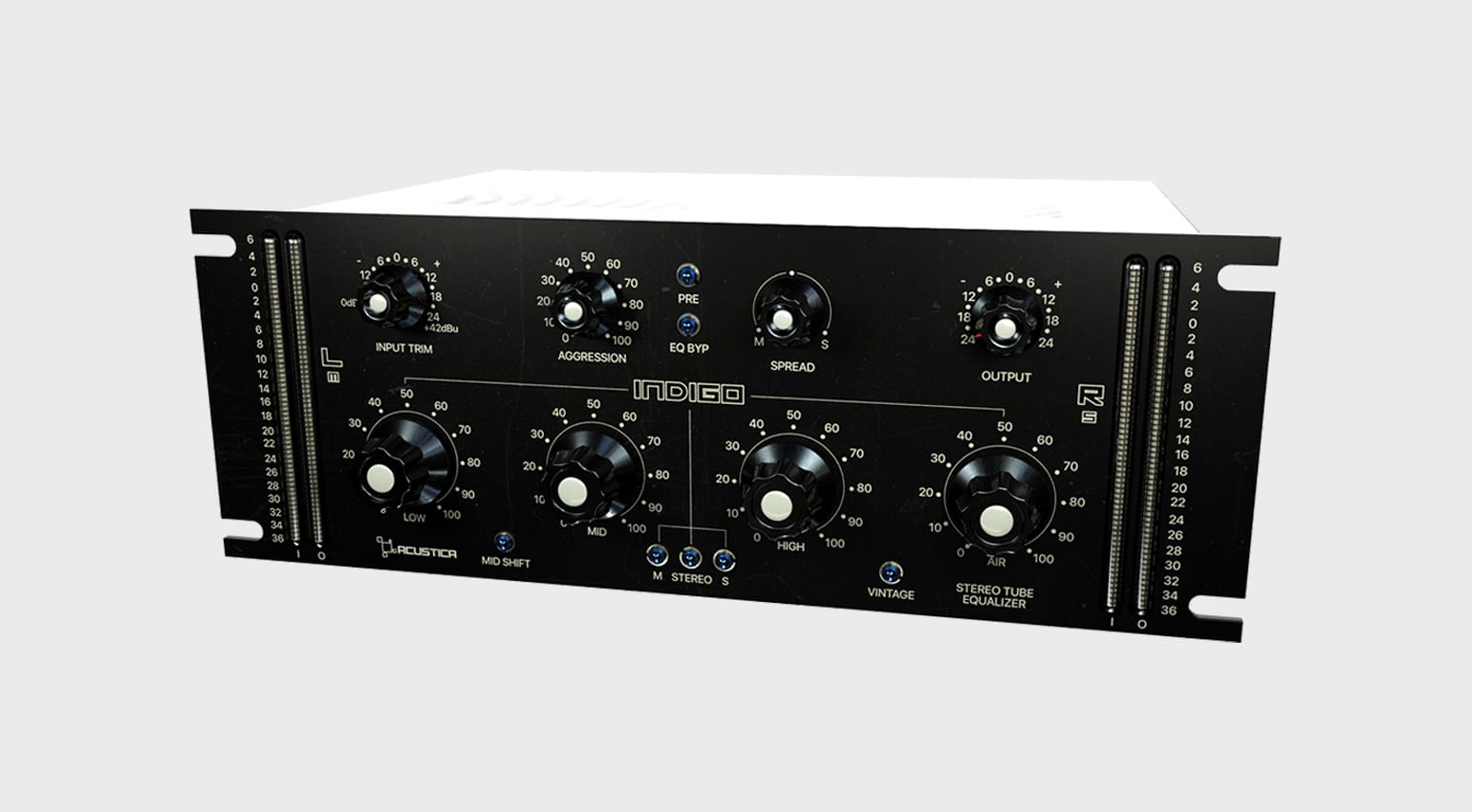 The suite also contains two opto compressors. The mono and stereo compressors each feature three different modes based on different hardware units. Mode A is a Canadian opto compressor from the 1970s. Mode B draws inspiration from a modern mastering compressor from California, which in itself takes clues from designs of the 60s. The third mode is a “Frankenstein” compressor that combines the characteristics of the other two, according to Acustica. 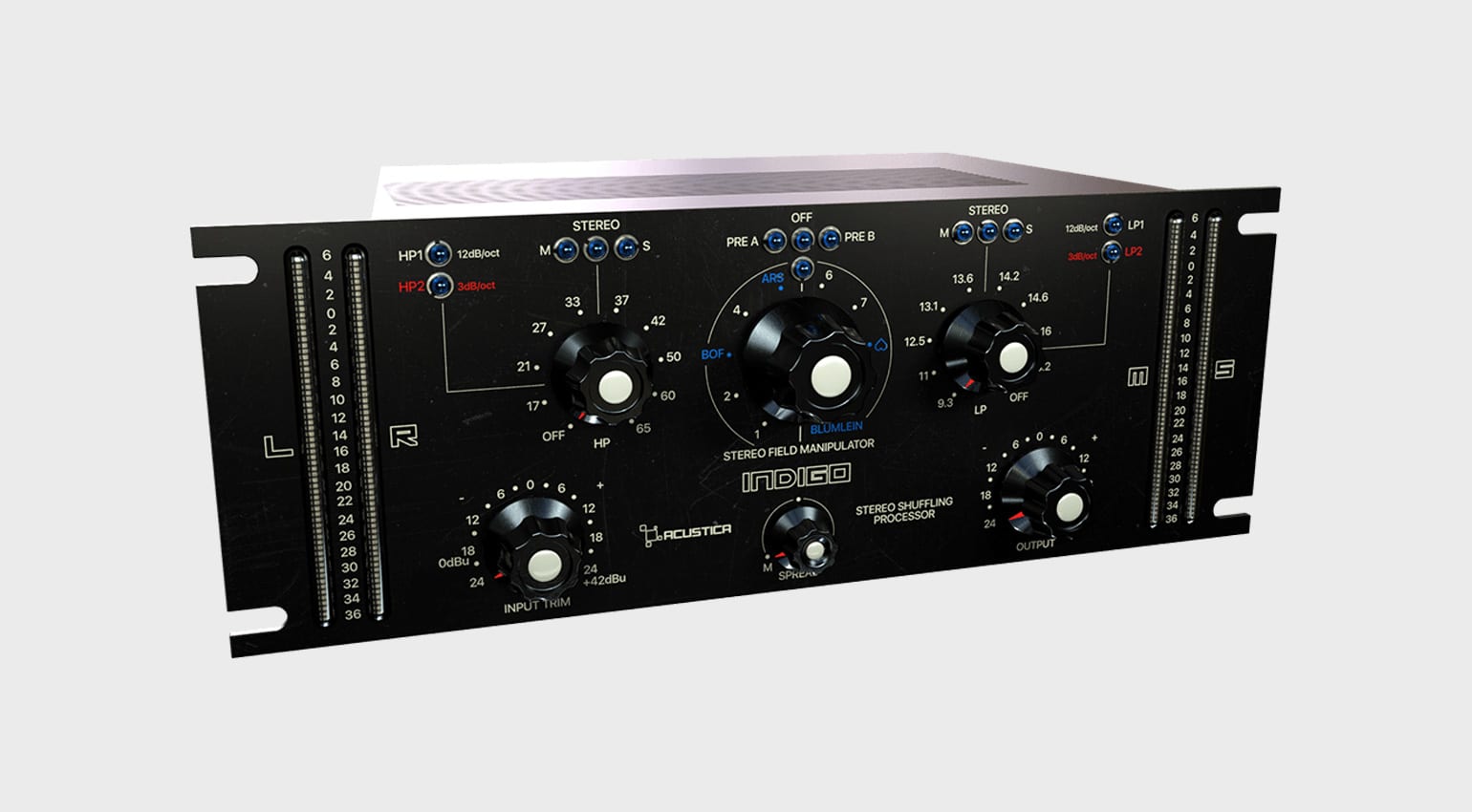 Exciting stuff! Deciding on a plug-in suite by Acustica is getting harder and harder, as there are now so many enticing options. But Indigo certainly looks like an interesting addition to the line-up, especially if you’re working in mastering.

As always, there’s a rather generous introductory offer. Indigo is now on sale for €119. This offer lasts for the first four weeks, after which the price will be €229.

The plug-ins require Windows 10 or macOS 10.14. They’re available in VST, AU and AAX formats. Installation and activation is handled by Acustica’s Aquarius application, which you can also use to download a trial version.