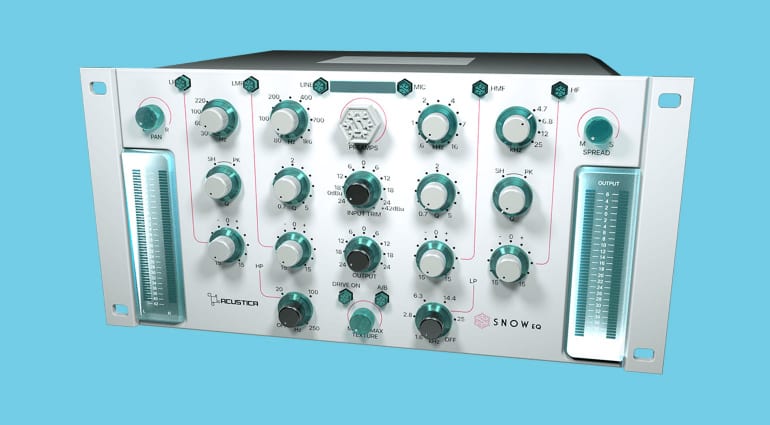 Acustica Audio keeps doing what it does best: find obscure studio hardware, sample all its tiniest components, and turn it into plug-ins. Snow is the latest outcome of that established process: a suite of four plug-ins emulating preamp, EQ, compressor and saturation modules with a distinct British sound.

As is the case with most Acustica Audio plug-ins, the hardware originals are not referred to by name. We only get a hint that the hardware is designed by a very famous pro audio personality. You are welcome to guess what is being alluded to while having a look at the individual plug-ins in this suite. Our guess? The Neve Portico II master bus processor and Neve 5088 console. Either that or some newer Neve specimens.

Snow EQ is a 4-band parametric equalizer that features high and low-pass filters, modeled preamp saturation, and the so-called Texture circuit. The latter is meant to add some spark and zing to sterile-sounding audio, but the exact technology behind it is not revealed.

If you want the preamp sounds without the EQ attached, there’s the Snow Pre plug-in with 24 line pres, 24 mic pres, and 4 custom pres modeled from a modern British console. 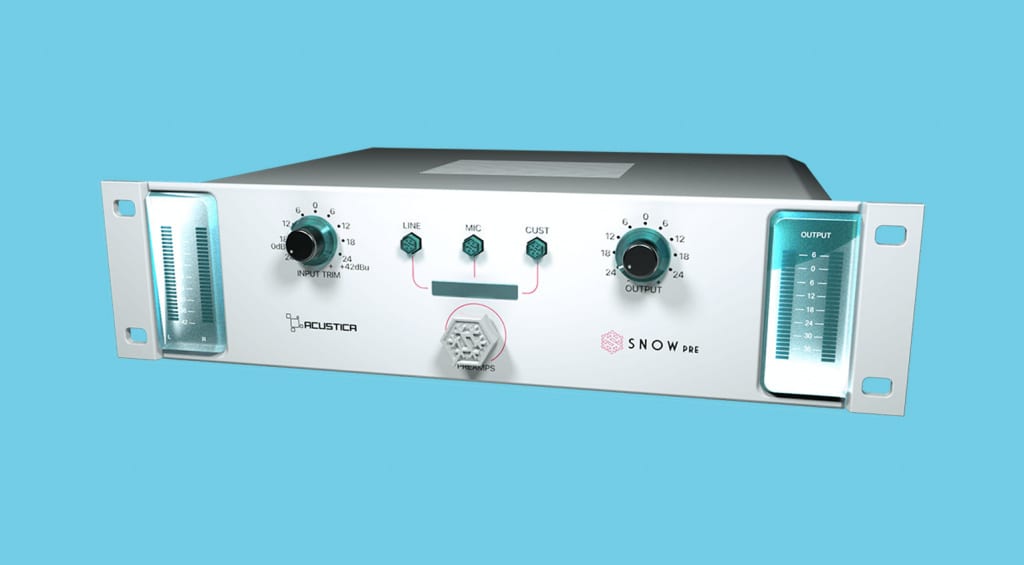 Snow Comp is the compressor plug-in with two switchable dynamic processors, additional virtual preamps, and a second instance of the Texture circuit from Snow EQ.

Acustica Audio Snow is sold from the manufacturer’s website at an introductory price of EUR 107, down from EUR 179. The offer is good until May 27. The plug-ins run under macOS 10.14 or later and Windows 10 or later in VST, AU, and AAX formats. Demo versions and a PDF user manual are available as well. As always with Acustica Audio, you get the plug-ins in two versions: Standard and the ZL version, which works at zero-latency for tracking. The manufacturer’s Aquarius software handles installation and licensing.