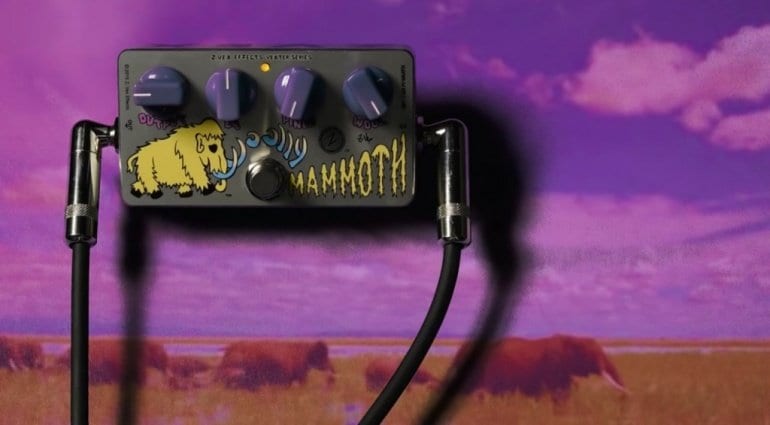 When it comes to classic fuzz pedals, the ZVex Woolly Mammoth is up there with the best of them. Especially in the psychedelic stoner rock world, where it is often used for mammoth riffs and bass-heavy tones. This new limited edition Germanium Woolly Mammoth Mod promises more fun for you heavy riffers!

The pedal itself has not changed much outside. In fact, it looks almost identical in layout and has the classic ZVex layout with controls for Output, EQ, Pinch and Wool. 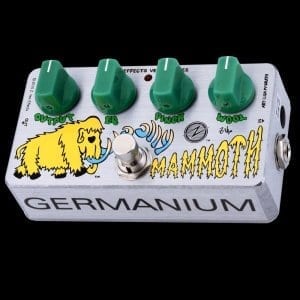 Visually, the only difference between the standard edition and this limited edition version is a sticker on the front face (i.e. facing the guitarist) stating that it is, in fact, the “GERMANIUM” version.

This version uses a Spam Can germanium transistor. This should give the Mammoth more attack; the sluggishness of the original was one of the biggest drawbacks on the regular version for some players. The overtones will probably recall of the sounds of Rhodes and Wurlitzer keyboards. It should now do more in the bass range. OK, so that was never the big problem with this Fuzz, but it should have even more bottom end now.

As usual, a Noise Gate is included. This can be an important feature with all this fuzz on tap. Bass players and guitarists can get wild with their neolithic riffs!