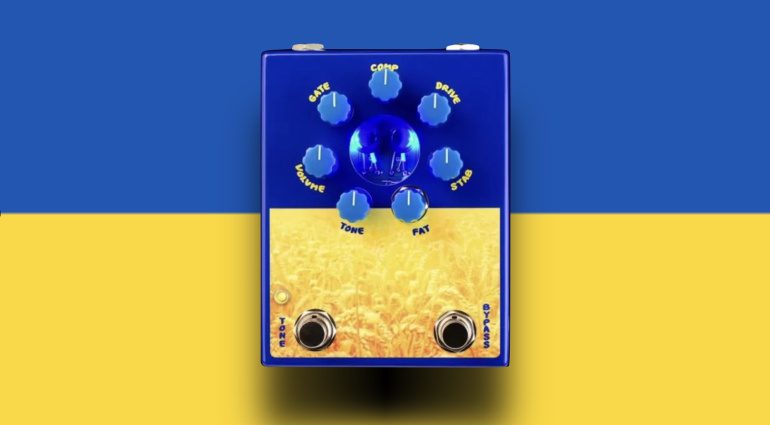 ZVex Effects launched their limited run of the Ukraine Flag Fuzz Factory in support of the World Central Kitchen. Only 10 FF7 pedals were built and all of them sold out in record time. Each pedal design features a a golden wheat field underneath a blue sky.

These ZVex Ukraine Flag Fuzz Factory have already sold out at the time of writing this article. Each of the 10 pedals was priced at $500. With 100% of the proceeds being donated to the World Central Kitchen. The World Central Kitchen is a non-profit NGO which, since the Russian Invasion, has helped to provide over nine million meals to the people of Ukraine affected by the war. 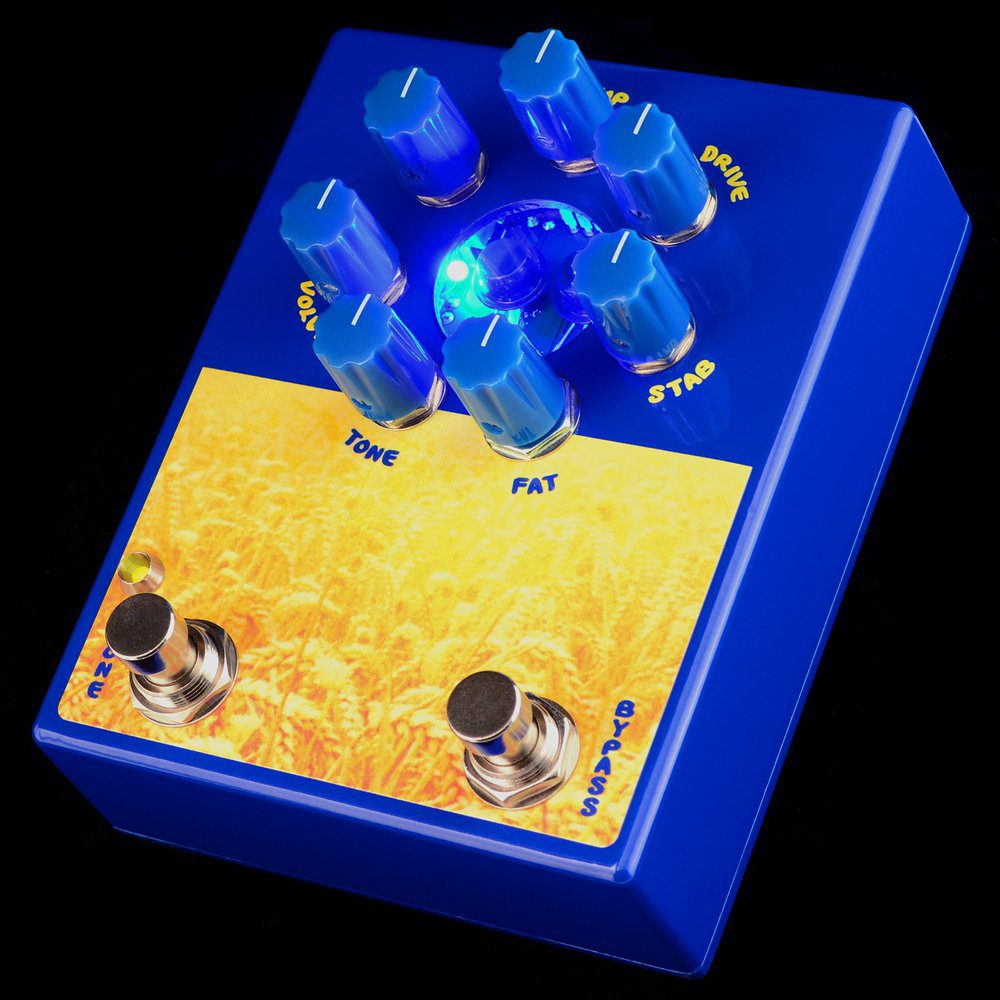 In the centre of the FF7 pedal controls is a Lexan window. And under that little window are a pair of rare germanium GT308V transistors, sourced from Ukraine. Known for its highly interactive controls including; Gate, Comp, Drive, Stab, Fat, Tone and Volume. You can coax everything from classic fuzz tones through to dying battery velcro nastiness and a lot more from this fuzz circuit. 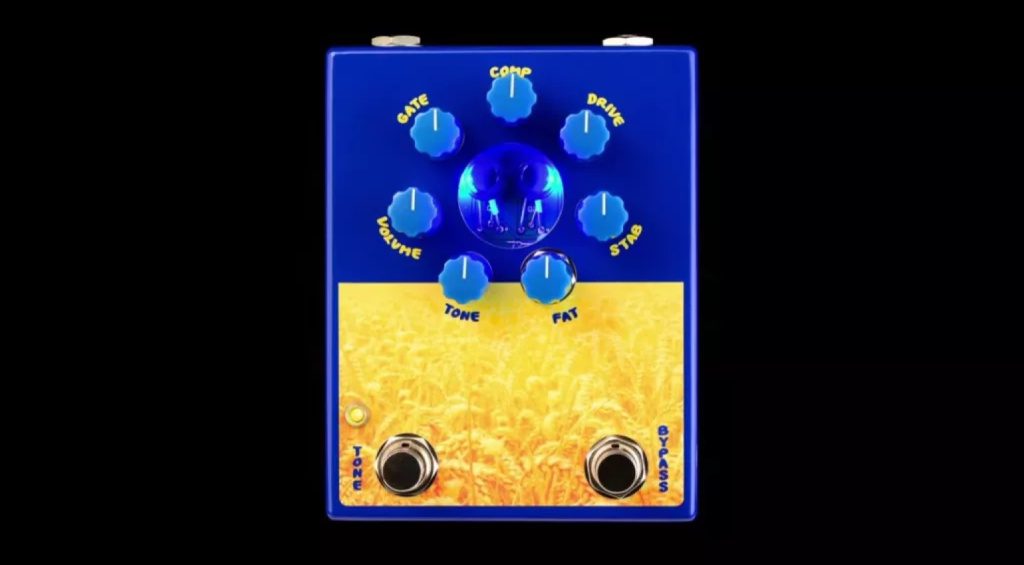 Zachary Vex is a pedal designer who has created some pretty amazing effects over the years, and his Fuzz Factory design has to be one of the most well known in his range of pedals.  The original version of the pedal was made famous by Muse on the Plug In Baby recording, and Matt Bellamy even has them built into his custom signature Manson guitars.

Recently, we saw the FCK PTN pedal and the Joe Doe Guitars Apollocaster both do similar fund-raising sales. And in all these cases the money raised is being used to support organisations that help those affected by war. These 10 ZVex FF7 pedals will no doubt also help raise awareness for the World Central Kitchen and all the good work that they do.

You can hear the Ukraine Flag Fuzz Factory in action below in the ZVex official video demo. 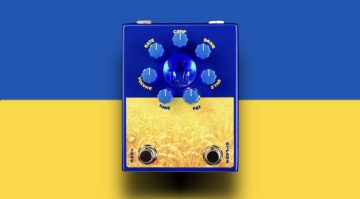