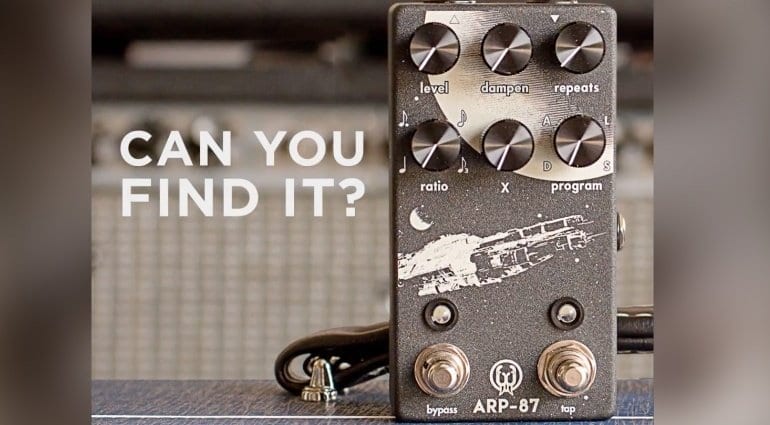 The recently released Walrus Audio ARP-87 has four delay sounds… Or does it? It turns out that those sneaky pedal makers have hidden an extra one, giving a total of five delay types instead!

Yes, they have only gone and hidden the fifth delay algorithm, which apparently you can get to via a secret set of control combinations/pushes of the switch. Okay, it is nice to have more things available to you. But, is it going to be awkward to access easily? If activating it doesn’t mean going through all that each time you want that sound, it will be handy to have yet another delay type at your fingertips.

It’s a nice marketing campaign, though, and far more useful than many we have seen recently from other companies. It does potentially make this pedal worth even more for the money compared to when it was announced last month.

If you own one already and you find the secret mode, then please feel free to share in the comments section below.