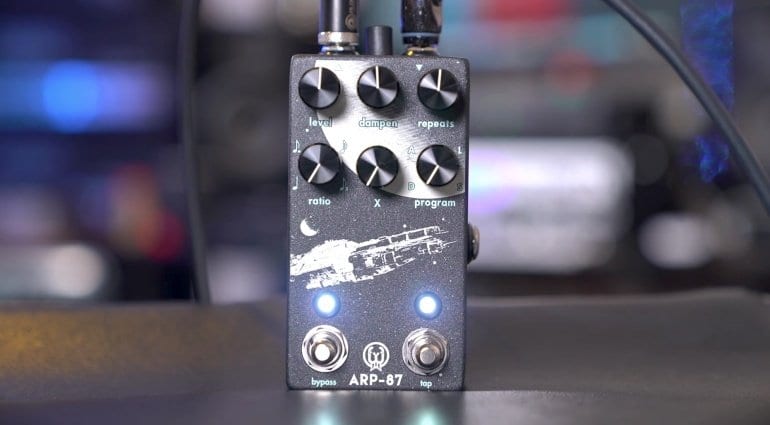 The new Walrus Audio APR-87 digital delay pedal has some seriously cool features packed into its chassis. Designed and built in America, this boutique pedal has four delay algorithms that mimic analogue, slap back, Lo-Fi and, of course, digital delays.

Walrus Audio has made some great pedals of late. This latest addition to its range has some neat features crammed into its diminutive form factor. There are also two foot switches: Tap ( for tempo) and Bypass.

They also have a few ‘hidden’ features. When the effect if bypassed, hold down tap for a momentary function allowing you to add a touch of delay quickly. Then, when the effect is engaged and you do the same trick with the Bypass switch, it will momentarily ramp the X parameter to maximum for the duration you keep it depressed.

If you hold down the Tap switch you also get a temporary ramp up in feedback as well!

The APR-87 has Level, Dampen, Repeats, Ratio, X and Program controls, The latter one chooses between the four different algorithms of Analogue, Lo-Fi, Slap Back and Digital.

The X control adjusts the modulation of the Digital, Analog, and Slap modes, In Lo-Fi mode, it’s used to control filter width. The Level, Dampen and Repeats knobs do what they say and are fairly standard controls, with no hidden functions.

The APR-87 does allow you to turn trails on or off. To get to this function you need to  hold down the bypass switch for one second while applying power to the pedal, then unplug power. Repeat to toggle the mode. This is a bit of a faff, but it is nice to have the option. I feel a ‘mini switch’ might have been easier to use though.

Judging by the audio demos, I really do like the sound of this new digital delay pedal and think it sounds a lot better than many of the others currently on the market from other big name companies. The pricing is also very competitive for such a well designed delay. 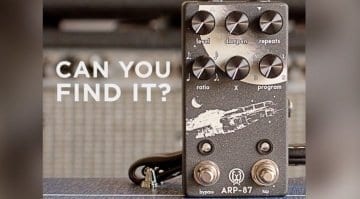