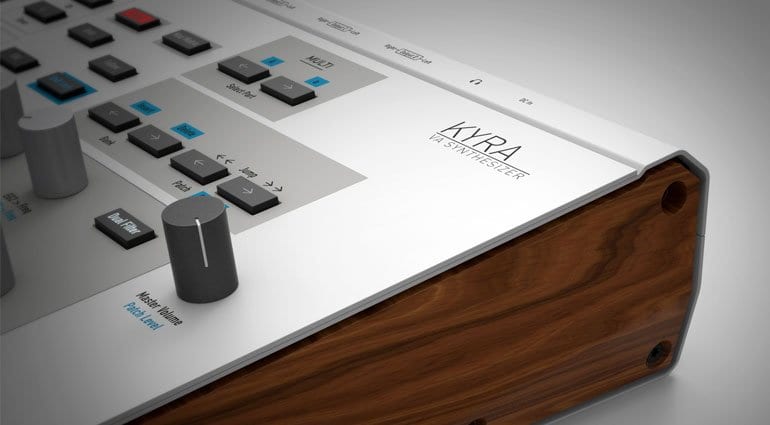 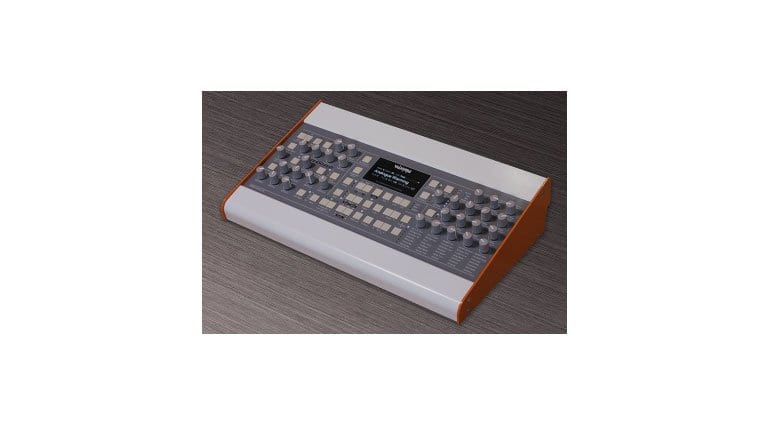 The press release says that Kyra is “literally like nothing else out there”. Which is very exciting! Although what Kyra actually is is the new name for the Exodus Valkyrie that Waldorf has taken on since discovering it at Musikmesse.

So there was Manuel Caballero, designer of the Valkyrie, minding his own business being the only interesting thing at Musikmesse this year when Waldorf CEO Joachim Flor stumbles upon him and decides it’s the best thing he’s ever seen. That’s very interesting because I found most of the Valkyrie demos a bit underwhelming. Mr Flor obviously has a better ear for these things than me. A few months later they are working together on producing Kyra. Which should hopefully be a vastly better-looking hardware synthesizer based upon the Valkyrie sound engine. 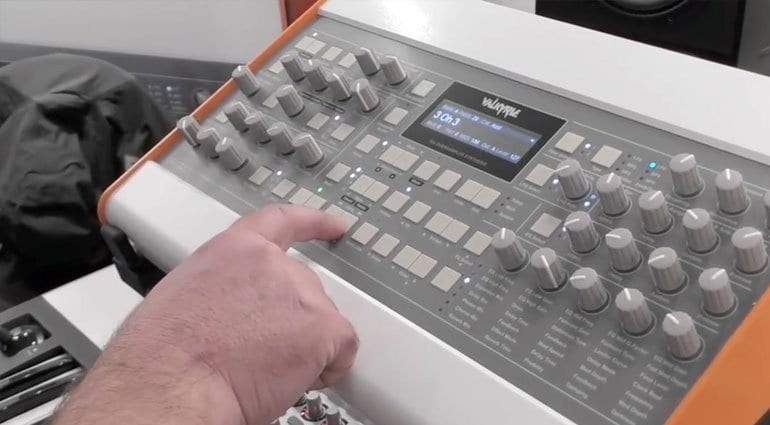 The technology behind it is FPGA (Field-Programmable-Gate-Array) based which is capable of producing extremely complex sounds through virtual analog processing. We’re talking about dual wavetables of 4000 waveshapes, running 10 oscillators per voice, with 128 voices, over 8 parts with a whole load of other synthesis such FM, hard sync, ring modulation. Oversampled models of classic filters, envelopes, LFOs with 64 shapes – all the usual stuff just pushed to the max.

There’s a whole suite of effects built like EQ, tube limiters, formants, distortion, reverb, basically anything that can be modelled can be run through the Kyra. On the connections side they are looking at full multi-channel USB audio so you can stream all 8 parts out individually directly to your DAW.

So what started out as a weirdly named, poorly presented, but potentially capable virtual analog synthesizer has become a very interesting and possibly beautiful Waldorf product of awesomeness. They plan to release it at NAMM 2019 priced at €1899.