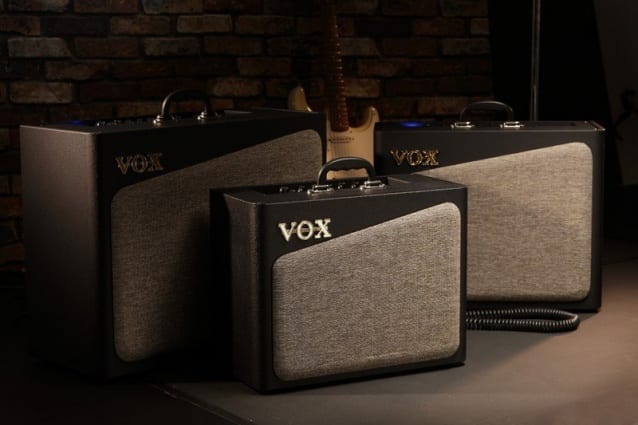 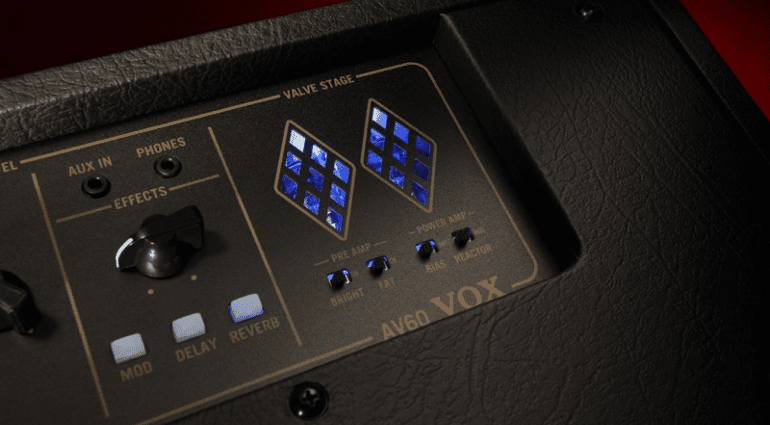 One 12AX7 provides the tone for both pre and power amp sections  ·  Source: http://voxamps.com/AVSeries

Vox have just announced a new range of amp models for 2016. The AV series comes in three sizes: a single channel 15W amp, and either a two channel 30W or 60W version. All three models use the 12AX7 tube, either as a single tube on the smaller amp or in a dual configuration on the larger models, with a 12AX7 for both pre and power amp tones.

This is a step forward for Vox, as they are now using the 12AX7 tube in both parts of the amplifier to get the sounds. Their previous lines combined a tube with digital modelling to achiever the tones, so this is a bit of a departure. The amps are touted as having eight analogue signal paths for the preamp sections and also boast a set of built in effects which include Reverb, Chorus and Delay.

Tone-wise Vox claim these new amps can do anything from a clean through to a mild overdrive and even modern high gain tones. That’s a big claim; we will have to wait and see how they all sound when they are released next week at the NAMM show.

Part of the new sound is apparently due to the fact that Vox now mounts the internal speakers from the front onto a baffle that is integrated into the main cabinet itself. I’m not sure how that will make such a difference myself, but it is different to previous amps in the Vox range.

The amps all have a form of power scaling as well, which means you can play at bedroom levels without losing too much of the character of the gain stage of the amp. Also, they all come with a headphone output for those moments when you have to be really quiet. There is also an auxiliary input on the amps, so you can play along to backing tracks as well.

I see they have only put an effect send on the two large models, which is a pity as it can be really useful on any amp, and I would always prefer to have one. Also, none of the prices include a footswitch, which is a bit tight considering the amps really need one to work properly in a gig scenario.