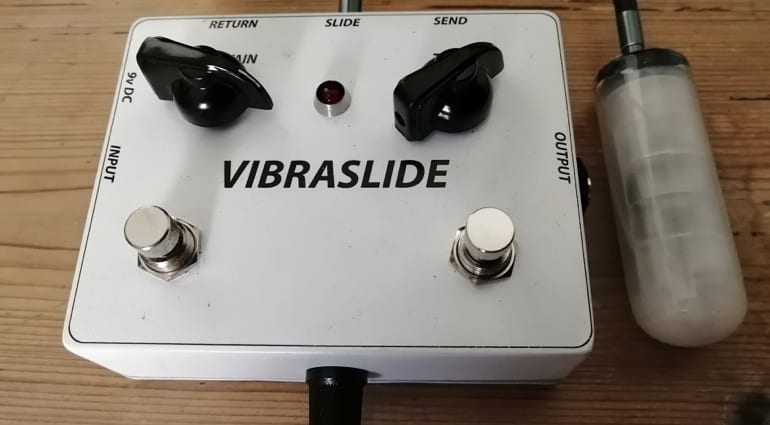 When I first read the name of this new Kickstarter product I have to admit it conjured up images of Anne Summers and made me laugh like an idiot. However, it turns out that the new Vibraslide is actually a clever setup to give your slide or regular guitar the infinite sustain sound David Gilmour achieved on the classic Dark Side Of The Moon album.

Dark ‘Slide’ Of The Moon

Vibraslide offers infinite sustain for players of lap steel or standard guitars, achieving those dizzy heights of tone that Mr David Gilmour made use of on the Dark Side Of The Moon recordings. Designed in Bristol, UK by Gareth Whittock, the setup uses a hand-blown glass slide which is attached via a control cable to the main Vibraslide unit. This setup is then used to make your lap steel, slide or standard guitar sing.

Listening to the demo video, this thing sounds pretty much on the – ahem – money’ (see what I did there). For players looking to cop that Pink Floyd ‘Breathe’ tone with its ethereal guitar sustain during the climax of the song, this device looks like it get them there.

Gareth runs Aum Guitars and this isn’t his first rodeo, so he has some experience in bringing unique guitar effects to fruition. He has Voodoo Slides manufacturing the glass slide and has worked on the circuit design himself. I love that he is selling this product without any annoying plastic or polystyrene packaging when it comes to market. A simple thing, but it makes a difference to our planet in the long term. 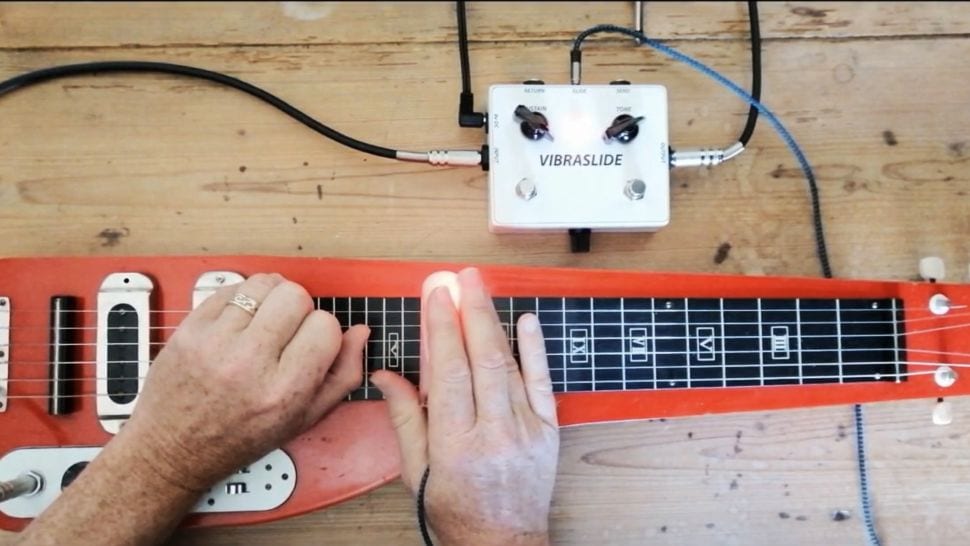 The Vibraslide will be offered in two different versions to backers of this crowdfunded project. Delivery is slated for October and November 2020. Each version includes a glass active slide. To get the standard versions you need to pledge at least £180 towards the project, which is pretty reasonable given what the product will be able to do. Or you can opt for a deluxe limited edition version from £250 that comes with an illuminated base indicating which harmonic mode you are in.

I kind of want to order one, but I’m concerned my mates down the pub will think I’ve been on a visit to Anne Summers when I tell them what it’s called. But, seriously, check out the video – it sounds pretty epic!

You can now play both videos at once. Until 1 June….