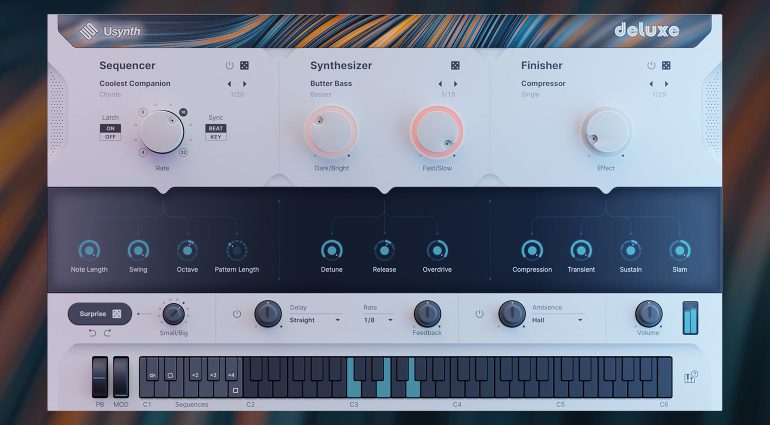 UJAM has released Deluxe, a new VST instrument designed with producers of Neo Soul, RnB, and Hip Hop. Deluxe is an all-in-one instrument that not only delivers the typical synth and keyboard sounds for those styles, but also features an integrated sequencer and multi effects. Get your groove on!

Deluxe is the next installment in the the UJAM Usynth series. This time, it’s all about creating sounds and melodies for Neo Soul, RnB, Hip Hop and Pop – at the push of a button. You can use the integrated presets as a starting point to let yourself be inspired, and then adjust the sounds, patterns and effects to your liking.

UJAM Deluxe features a synthesizer section full of sounds inspired by tracks from the 50s through the 80s. You can adjust sounds using a few simple controls, such as dark/bright, detune, and overdrive. Besides the UJAM Finisher multi effect section with 90 presets, the plug-in offers delay and reverb effects for polishing the sound.

In addition to all of this, Deluxe also includes a sequencer with a bunch of ready-made patterns. You can adjust things like note length, swing, octave, and pattern length, and control the sequencer using key switches to create variation. There are two layers per note for more complex sounds. And if you’re feeling lucky, Deluxe has a surprise button that creates random patterns.

Overall, UJAM Deluxe looks like a great way to come up with typical hip hop and RnB synth parts without having to deal with the ins and outs of complex synths. If you’re just starting out and want to spice up your tracks with some old-school synth vibes, I’d say it’s worth a look.

UJAM Deluxe is now available from Plugin Boutique* for an introductory price of USD 59 (down from USD 79). This offer is good through April 15, 2022. When you buy from Plugin Boutique, you’ll also receive their monthly special for free, which is currently UJAM PHAT 2 – two UJAM plug-ins for the price of one!

The plug-in runs on macOS 10.14 or higher and Windows 10 or higher. It’s available in VST and AU formats; an AAX version is coming soon. You’ll also need the free UJAM app for activation. 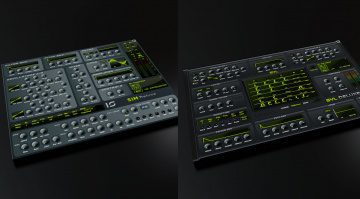 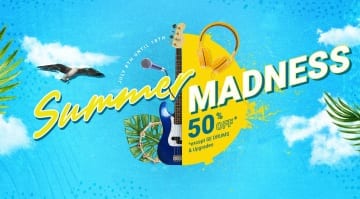