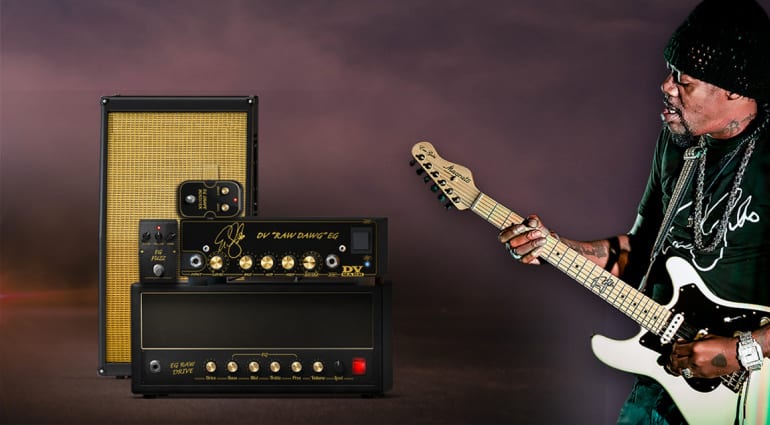 The new TH-U Eric Gales Pack from Overloud features a set of virtual amps, cabinets and effects that give you the bluesman’s sweet tones straight to your DAW. At the moment, it is available at a great introductory price, and there’s also a trial version available.

The Overloud TH-U Eric Gales Pack includes models of the gear blues-rock guitarist Eric Gales uses to get his sweet guitar tones. It is available as both a TH-U expansion pack or as a standalone plug-in. 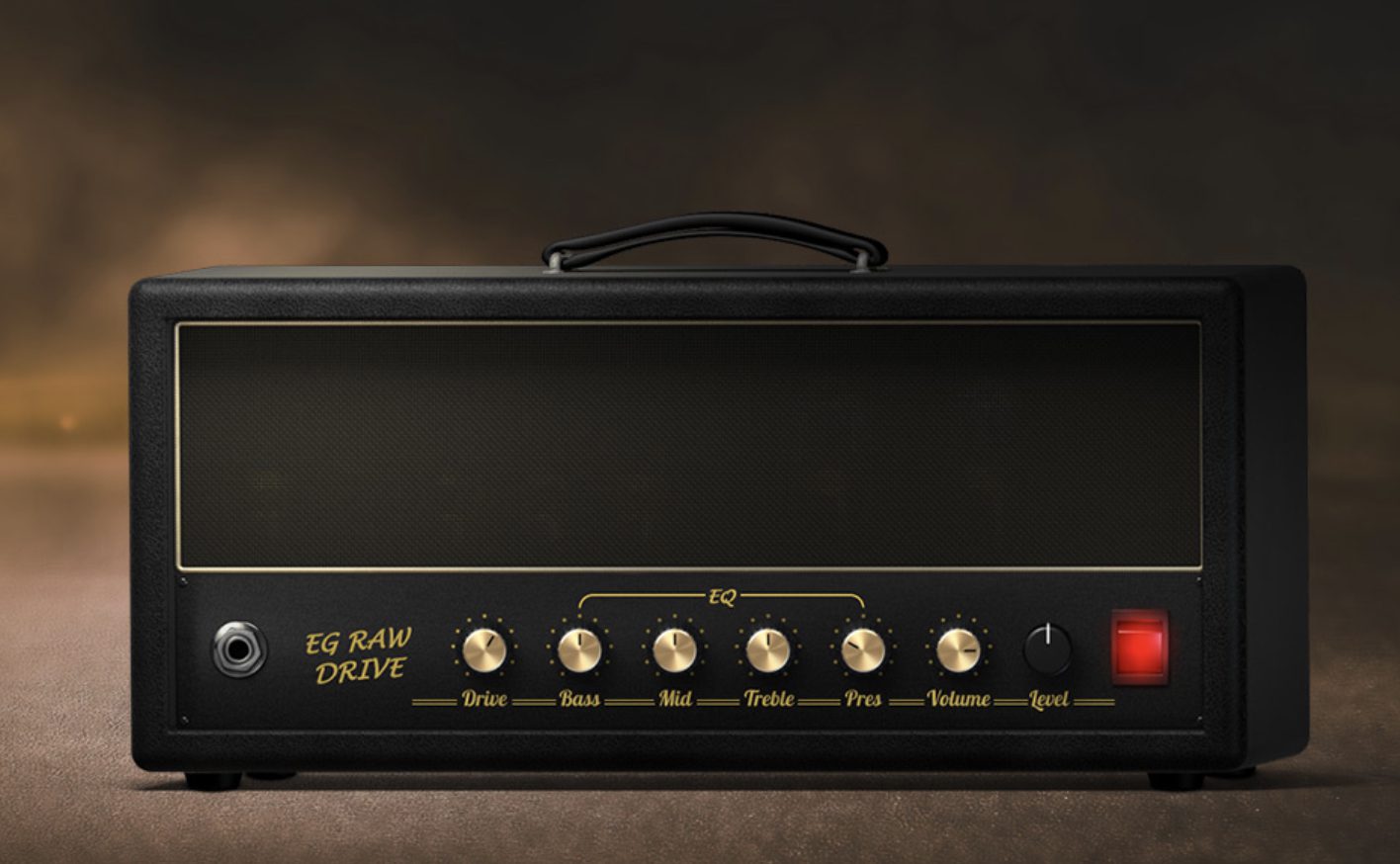 Effects include the following: EG Shape Booster, Eric Gales Fuzz, Amp EQ, CAT (Rat pedal), Tube Nine (TubeScreamer), RSS Compressor (Ross Compressor), D-Delay, D-Reverb, 9-0′ Phaser, AmpTrem, CHR-2, VCA -Comp, Tape Delay, Wham-E and Cry Maybe. You can probably guess what most of the effects are based upon, but I’ve given you a clue for a few of them, just in case.

The EG Fuzz pedal was designed to recreate Eric’s distortion tone used in conjunction with the DV Mark RAW DAWG amplifier, whilst the EG Shape Booster is an overdrive pedal with an integrated shaping circuit. With the latter, lower settings will get you warm tones with mild saturation/compression, while higher settings will make your solos stand out.

Plus you get two extra 4×12 cabinets, a modern US and a Green UK which, again, I’m sure you can work out what they are based upon. The logo fonts in the image below should provide a few clues. 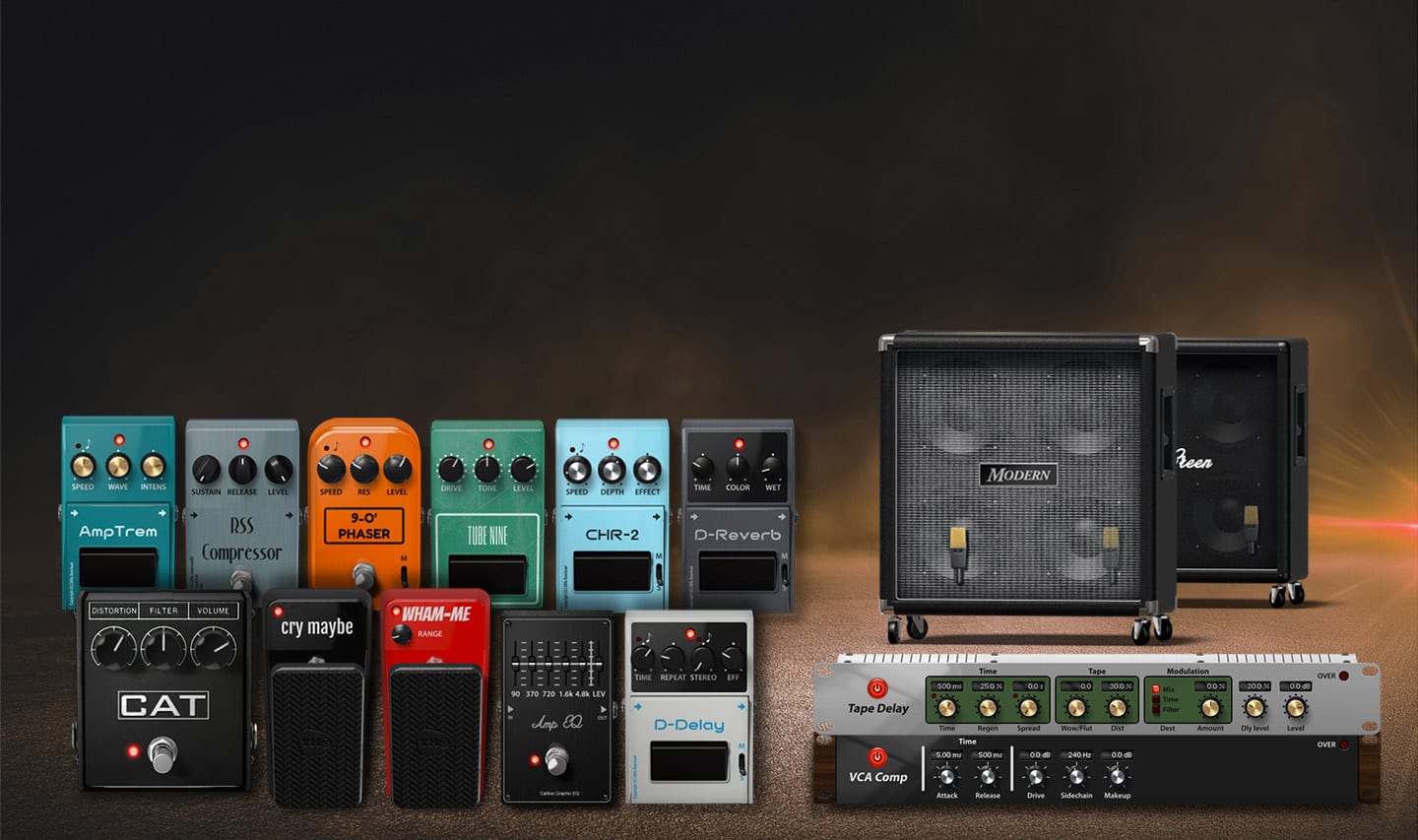 TH-U also gives you its ReSPiRe 2 technology which allows you to choose between the real response of the cabinet and a processed version optimised to fit into the mix. There are 6 different room types and 18 microphone models that you can use.

You also get the Amp Tweak ability which lets you change the pre and power tubes. This gives you the option to mix and match virtual tubes to tweak your tones even further. There is also a variable voltage selector, to run them hot or cold. 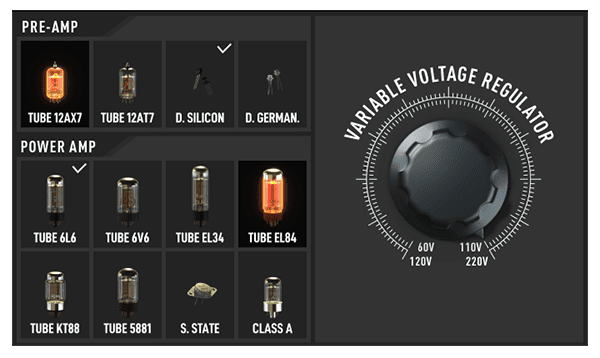 Play with your tubes and their voltage, virtually!

The Eric Gales Pack is also available for TH-U iOS as an In-App purchase and will only cost you $1 to unlock. That sounds like a good deal to me. I’d buy that for a Dollar!

The introductory deal price is $59, normally $99. TH-U Premium Members get it for even less at $39, normally $59. The plugin is available in AudioUnit, VST and AAX64 formats, for Mac and PC. You can run it on up to three computers that you own and one USB stick.

There is also a trial version in case you want to try it out first. The offer expires on 3 August, which should give you plenty of time to try out the trial version and see if it’s for you. 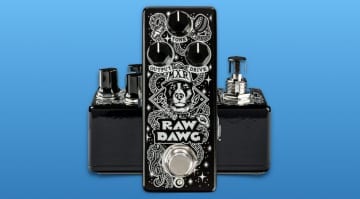