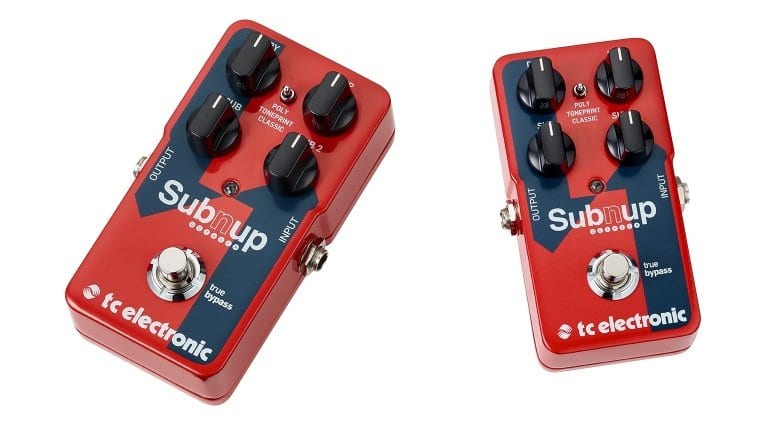 TC Electronics have added the Sub’N’Up Octaver pedal to their popular Toneprint range. The new pedal can do monophonic and polyphonic octave up and down effects and also be edited using the Toneprint software that is available for free from TC’s website.

The pedal features an ‘Octave up’ effect and two ‘Sub Octave down’ effects. Each one has its own blend/level control, letting you dial in the desired amount of each effect and achieve the tone you like. TC claim the pedal has “fast note tracking” and being polyphonic is also designed to handle chords.

TC claim it is very responsive and –  given that you can edit it using the Toneprint software – also a very flexible octave effect. The demos below will give you some idea of the type of sounds that you can coax from this unit. These include tones that sound like nice low thumping sub-octave tones, through to high, almost 12-string-like sounds. The fact that you can blend the three sounds will certainly appeal to many players. The unit can even mimic the more traditional monophonic octave effect, so if you want to have that older style effect then it can achieve this also.

The Toneprint software is a lot of fun if you like to tweak your sounds. However, you don’t need to use it and in fact many players are more than happy just to use the sounds the Toneprint effects ship with as standard. This is something discussed on some of the UK forums I hang out on and it appears a lot of players just want to use them as regular pedals. However, it’s nice to have that option. Also, you can tweak with your iPhone, which is really handy as many players may want to tweak when out at rehearsals or at a gig.