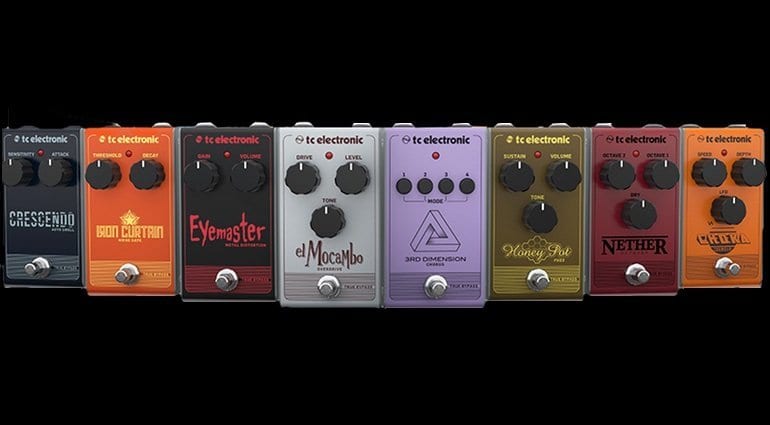 Just over a year ago, TC Electronic released a series of effect pedals that were all essentially remakes of old Behringer pedals. With opinions being very mixed on the internet, will these new additions to the range help prove they are worth the money?

The three distortions are dedicated to three categories of “distorted and driven” sounds. El Mocambo is a mild TS Style ‘mid hump’ overdrive with symmetrical clipping, which should give it an amp like character. The Eyemaster, on the other hand, will appeal to the Metal players and with heavy distortion bordering on Death Metal. Last up is the Honey Pot which is a fuzz pedal (a Big Muff clone) with a lot of variable fuzzy sustain and more vintage-styled dirt than the other two drive pedals.

The next three pedals are all modulation effects. The 3rd Dimension is an ’80s-style chorus effect. Next up is the Choka which is a tremolo, with a controllable LFO from sine through to rectangle. Nether, on the other hand, is an Octaver with Octave 1, Octave 2 and Dry controls.

The Iron Curtain is a noise gate with threshold and decay controls. In the video you can hear the functionality working quite well, it seems. Last up is the Crescendo which is an auto swell pedal with sensitivity and attack controls, I’d suggest watching the video below on this one, as its an odd effect.

Everything analogue, everything cheap

All these pedals are completely analogue circuits – and all are definitely priced as ‘budget’ pedals. It is not yet clear if these are old Behringer pedals with TC labels stuck on them. Personally, I am not really convinced by them. But like any effect pedal, often it is more about how and when you use them, so you could find something useful in amongst this low-priced Armada. 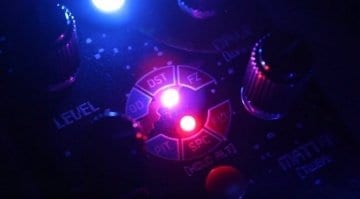 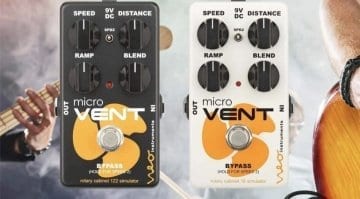 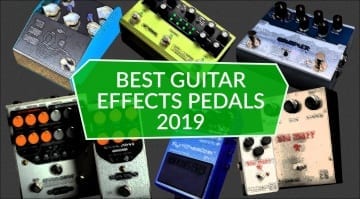