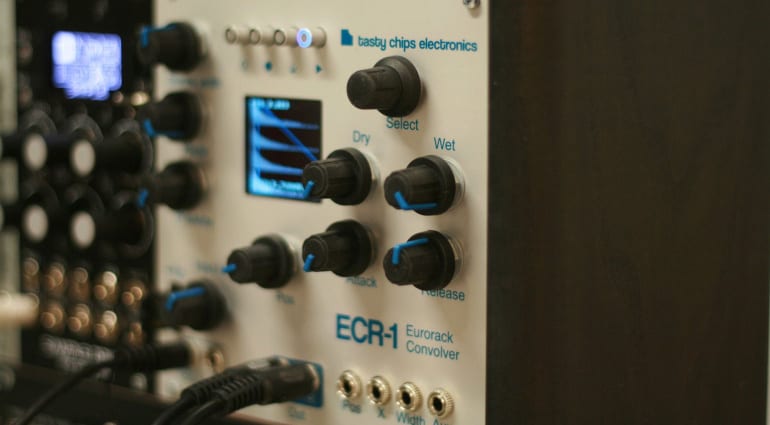 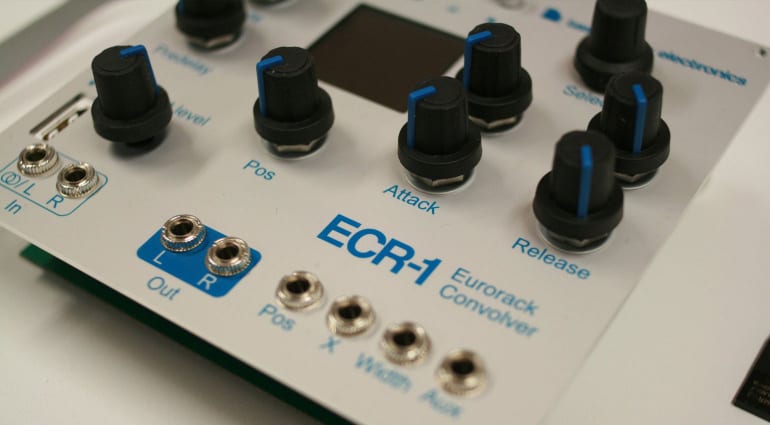 Complex and deep convolution reverbs are now a reality in your Eurorack with the Tasty Chips ECR-1 with up to 20 second long tails, reverb crossfading and realtime adjustment.

We first saw the prototype in 2018 and expected this to arrive around this time last year. But these sorts of things take time and here we are hampered by elastic manufacturing situations but Tasty Chips says they should arrive in 2-weeks.

The idea was to provide deep and lush stereo reverbs for your Eurorack but Tasty Chips says it can do much more than that. Convolution reverbs tend to be very complex and is often used in post-production rather than in realtime situations. But Eurorack is all about the realtime performance and so Tasty Chips has managed to bring out a few interesting modulation possibilities. You can modulate the position in the response sample which gives filter-sweep type effects. You can bend the pitch of the sample. You can also crossfade between two different reverb responses. You load them up as foreground and background and can move between the two.

The ECR-1 comes with an SD card of impulses ready to go but you can also record your own directly into the module or load them from USB or a card.

Front panel controls include Dry and Wet mixing knobs, Attack and Release envelope and up to 2 seconds pre-delay.

Modular fiddlers love a bit of reverb and you often find external effects and pedals used to harness the power of large and complex reverb processing. So maybe the ECR-1 could offer something of that character inside your rack. There are currently no official videos or sound examples but I did find a couple of demos on YouTube (below). There’s also no further information about what other uses you could put the module to when they say it’s far more than a reverb. I guess that’s down to the user. But a bit more promotional material would do you no harm Tasty Chips!