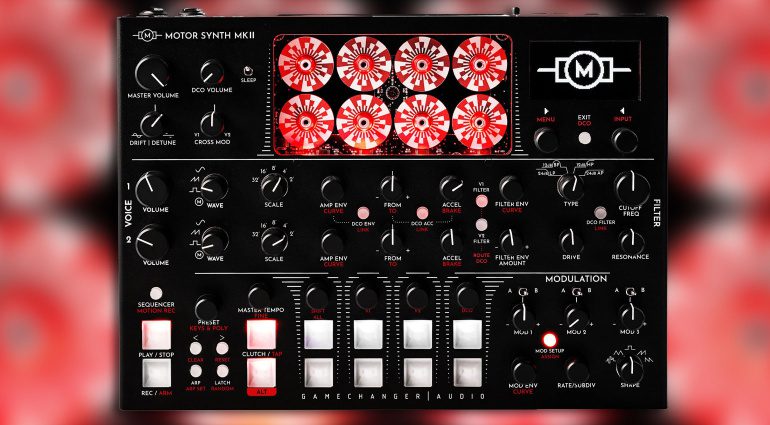 Gamechanger Audio are back with the MOTOR Synth MKII which expands on the features of the original uniquely electro-mechanical desktop synthesizer.

I was never really sure if the original MOTOR Synth got out there into the hands of musicians. I never saw one in use or heard it talked about in videos. Regardless Gamechanger Audio has revamped it, tinkered with the engine and we now have the MKII. Although at the time of writing the website appears to only have the original.

The big feature of the MOTOR Synth is the physically motorised oscillators. It’s a system of 8 electro-motors that change their speed to generate musical notes. The sounds are generated by a combination of optical disks running on the motors that produce regular waveforms, and the sound of the motors themselves via electromagnetic pickups. It’s a truly unique form of synthesizer voice that has all sorts of quirks and character due to its physical nature.

Around the motors, Gamechanger Audio built-in other synthesizer attributes such as filters, modulators, envelopes and a looping sequencer. It’s fabulous to look at and famously noisy to use.

So what’s new in version 2? Gamechanger Audio has split the oscillators into two groups of 4 spinning motors to offer 2 independent voices. Both can operate in mono, unison or four-note polyphony. Both voices have a multi-mode analogue filter with increased headroom, improved envelope response time and very precise tracking.

Gamechanger Audio has added a third voice in the shape of a digital engine DCO. It can produce all sorts of classic wave shapable waveforms and noise. The DCO has its own amp and envelope, portamento digital multimode filter.

There’s now a stereo output where you can route each voice separately if you wish. The LFO count has been upped to three with five waveforms and wave shaping. The Cross-Modulation has been tweaked to accommodate both voices.

Otherwise, it’s the same old craziness of a fascinating unruly clatter of a spinning plater of waveforms and sonic possibilities. New video of the MKII below!

Go and check it out on Booth 0132. They should be in stock this year sometime. 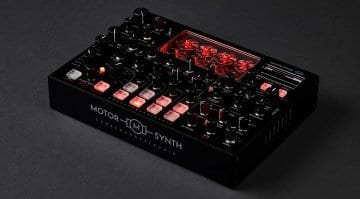 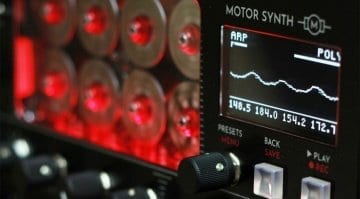 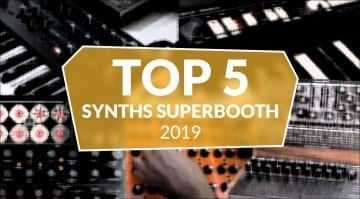