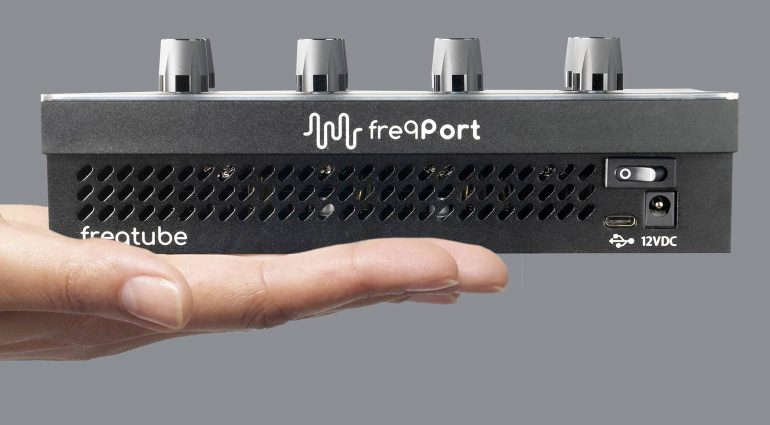 This year’s Superbooth is also a nice little prelude to NAMM with all the pro audio gear shown off. Manufacturer Freqport is debuting the FT-1 Freqtube, a hardware / plug-in hybrid that combines an USB interface, controller, and summing mixer equipped with 4 vacuum tubes. You work with the plug-in as the audio is routed and cooked through actual tubes, then fed back to your DAW. Interesting, huh?

The FT-1 lets you send tracks directly from the DAW to an external device for true-to-heart analog processing with a plug-in used for convenience and control. On the little box itself, there are 8 additional encoders as well as a display visualizing the assigned channels and their parameters. So it’s not only a DAC and two pairs of tubes in a little enclosure. It’s more along the lines of what Elektron is doing with its Analog Heat / Overbridge combo, but way simpler.

The FT-1 Freqtube uses four preamp tubes – two E83CC/12AX7 high gain tubes and two 12AU7 mid-gain tubes. The digital conversion is handled by 32-bit converters with a sample rate of up to 192 kHz. The audio I/O connections happen over USB-C. An analog input and output pair would have been a nice option, but I realize that would have altered the concept and made the device more complicated and expensive. 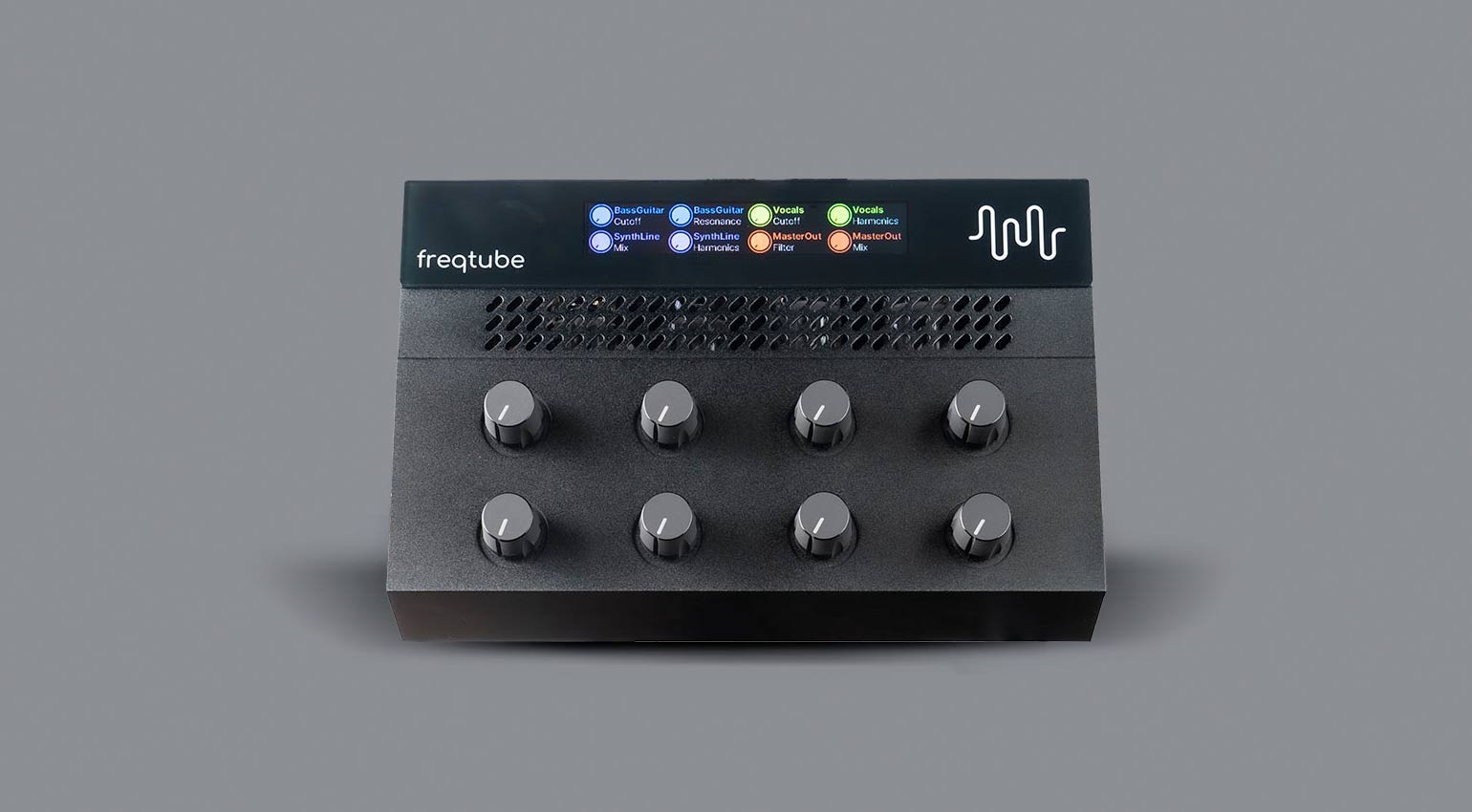 Little box of tubes and ones and zeroes

The plug-in controls signal routing and parameter adjustments, such as adjustable overdrive with clipping detection, gain staging, mix blend, phase control, and harmonic distortion. There are also a total of eight multimode filters, but we don’t get to know if they are digital or analog. My money’s on digital because that box looks kinda small for full-blown discrete filter circuitry.

If you like to work “in the box” but like actual tubes, the FT-1 presents the best of both in a small and convenient format. This thing just looks smart and while it’s no Culture Vulture or HG-2, the possibilities are definitely interesting and I’m sure the sound is there.

The price is EUR 799, which is along the lines of the non-too-many similar products there are. The Freqport FT-1 Freqtube is compatible with macOS and Windows, but the exact software requirements are not yet known. According to the manufacturer, shipments will start in August 2022 with a limited number of devices. 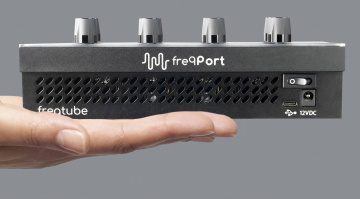