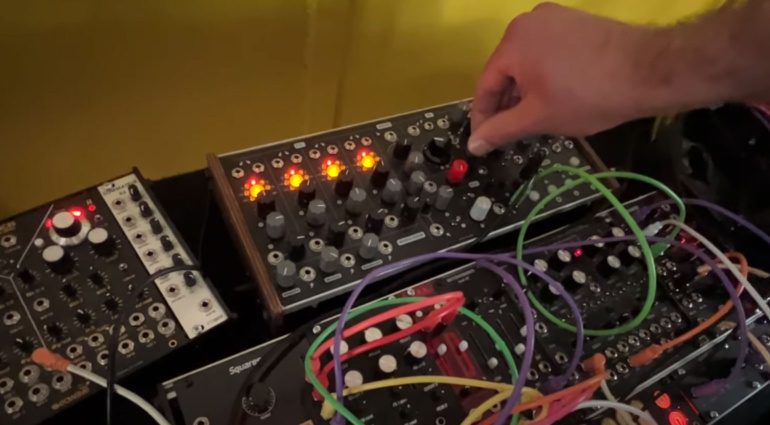 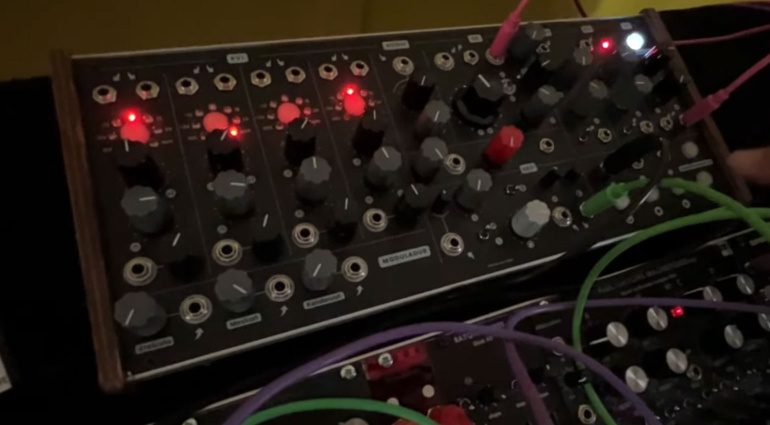 Modular and instrument makers Eowave are building a 4-voice synthesizer called OSTILH for French artist Yann Tiersen. The prototype was at Superbooth.

Yann is an electronic musician from Brittany in France who got in touch with Eowave to design a synthesizer for his needs. Here’s a blast of Yann in action.

Yann discussed the sort of things he’d be interested in seeing in a specific setup and Eowave and another Brittany based module maker Touellskouarn interpreted that into the OSTILH. Some of the main features that Yann was looking for included being compact and having 4 voices and being capable of layering. The trick is to find what’s possible and also what might be sellable as a product. One of Yann’s requests was a random octave mode so it’s a different octave for each note.

Looking at the instrument you have 4 oscillators on the left which are independent and tunable while being controlled together over MIDI. They have individual trigger and CV inputs so you can modulate them differently. The output routes paraphonically to a nice aggressive low/highpass 12dB/Oct filter from Touellskouarn. Next is a transistor VCA and finished off with an analogue-style delay. For modulation, there are a pair of looped ADR envelopes and an LFO that sweeps from triangle to random. 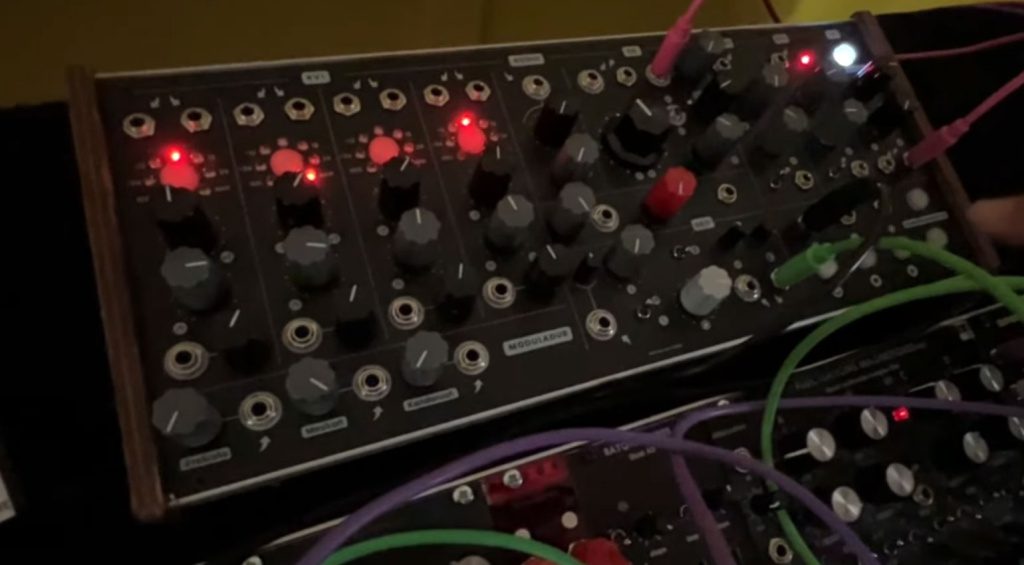 The OSTILH sounds good and chunky. Those 4 oscillators together give it some serious meatiness but you can also play chords or set it droning. Finally, there’s a mixed-mode where it will play in unison or polyphonically depending on how many keys you press.  I also really like the large lit buttons that glow with the voices. There are plans to build in a sequencer too. It’s compact and unusual and will be available as a desktop box or a 60hp module – nice!

Eowave hopes to have it ready this year. 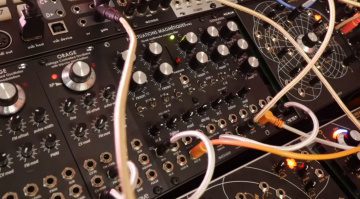