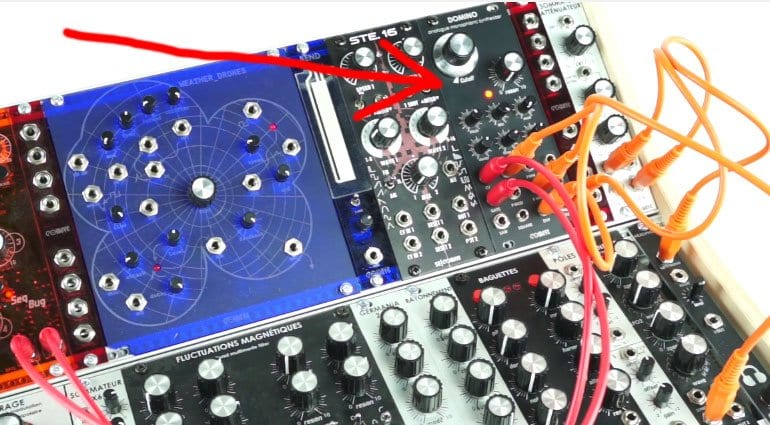 eowave Domino for Eurorack - it's this one!  ·  Source: https://www.youtube.com/watch?v=DVYUv2uW4RM

The Domino is eowave’s desktop synthesizer in a box. It features all the usual synth parts; oscillator, filter, envelope, amplifier and LFO, and is designed to be a bit of a TB303 bass synth. eowave have just announced that they are releasing a scaled down Eurorack version.

There’s very little information at the moment outside of a YouTube video that was uploaded a couple of days ago (below). Although it looks very different to the original they are still calling it Domino. The cut-off and resonance knobs are very visible, but the rest of the controls are difficult to make out. I’m assuming it’s a full synth voice containing more or less the same components as the desktop version. However, I can see only 8 knobs whereas the desktop has 14. That being said the desktop version has no patch points whereas the Eurorack module has what looks like 12. So they may well have left out the LFO to be patched in from another source.

In fact I think that’s exactly what they’ve done. Here’s the description from the video:

An all-in-one synth voice with saw/square wave oscillator, ladder type low pass filter, envelope and VCA – it is designed for pure beefiness and grunt in the low end department. It excels at basslines, acid, kicks and low throbbing drones.

There’s no news on price or availability as yet and nothing on the website but hopefully more information will be emerging soon. We could certainly do with a clearer picture! 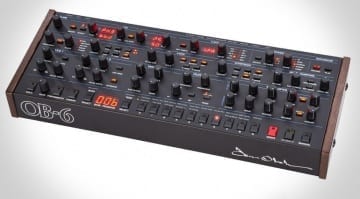