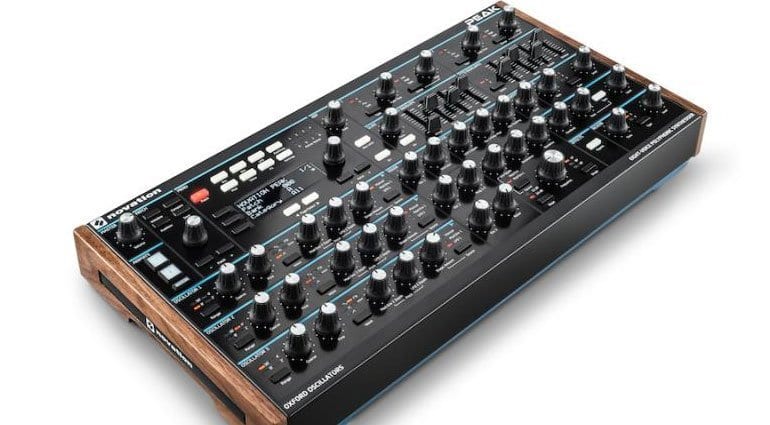 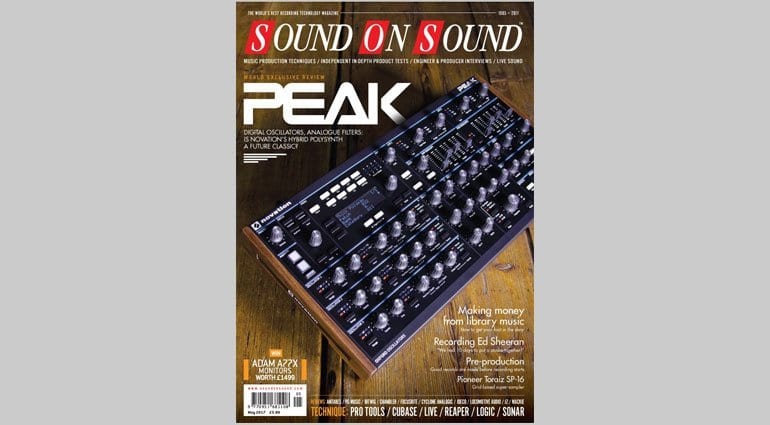 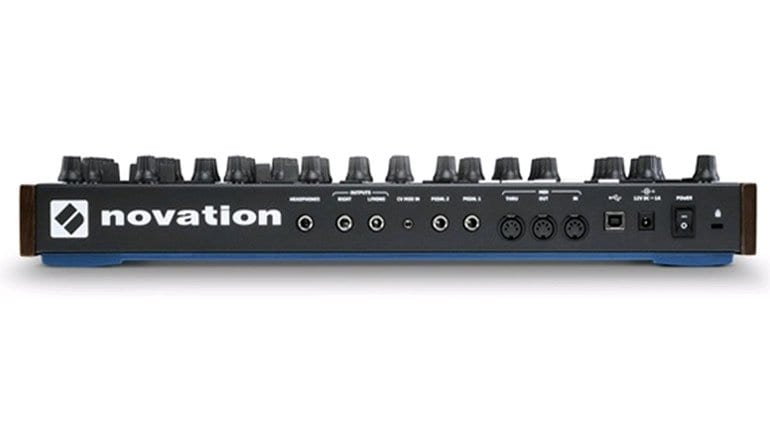 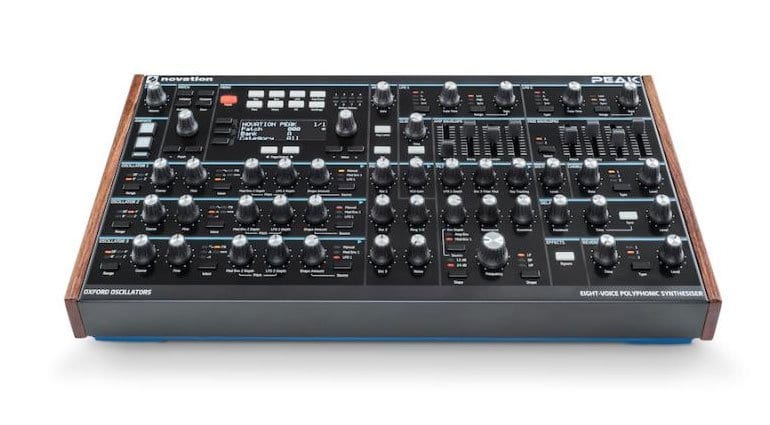 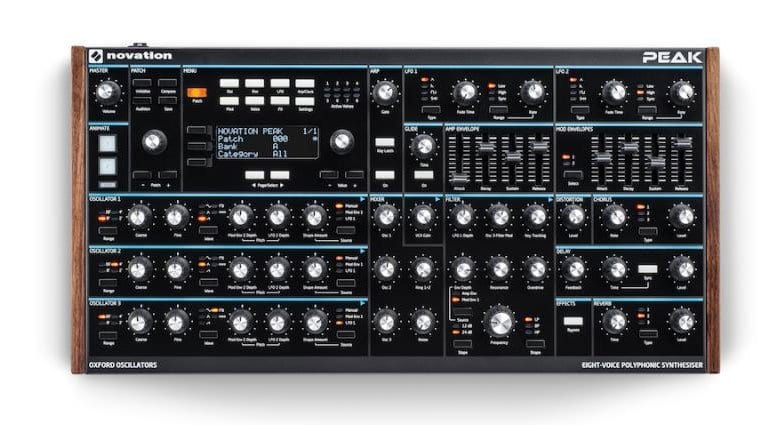 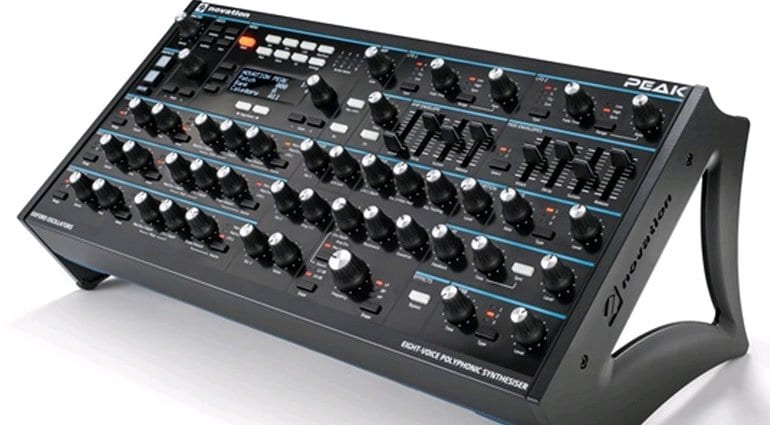 One of Novation’s big Superbooth 2017 releases has leaked onto the internet (gearslutz forum) and onto the front cover of the not-quite-yet-released May’s Sound On Sound magazine. It’s called the Novation Peak and it’s a flippin’ old school 8 voice polyphonic synthesizer (now officially released).

Well, nearly old school. It features three New Oxford Oscillators for each voice which they say “sound completely analogue by being high-quality NCO’s (numerically controlled oscillators).” While at the same time they have 17 digital wavetables to play with. They can also be used as a Linear FM source. For each voice there’s a resonant multi-mode analogue filter and distortion points both pre and post-filter as well as globally. There’s a bunch of effects built in as well as an arpeggiator.

There’s a complete 16-slot modulation matrix and 16 direct assignments in the main controls. There are three ADSR envelopes and two LFO’s for each voice. On the front panel there are two “Animate” buttons which do some sort of instant patch transformation, which sounds very interesting.

Connections include a single CV modulation input, which is nice, and the usual MIDI and USB.

Judging by the images, leaked by a couple of music stores, it has the look of the Bass Station II. It also has a little screen, presumably for patch saving/loading and access to deeper functionality. On the whole it looks excellent and just the sort of thing Novation should be doing in the current hardware obsessed climate. The price leaked on prodjstore.nl is €599 although that’s now been removed and other information from the internet suggests the price is actually €1300. Sound On Sound say it’s £1249 in the UK and should arrive in mid-May.

A video has now arrived from Sound On Sound – check it out. More information on the Novation website. 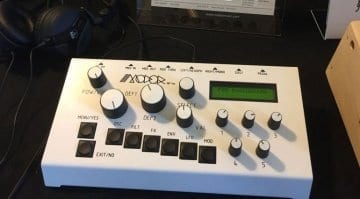