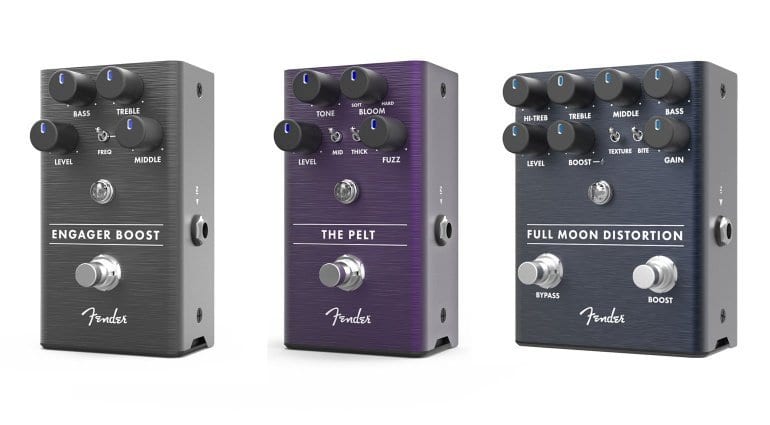 The Engager Boost can deliver up to 20 dB in volume, to fatten up the sound. There’s an integrated 3-band EQ, with a switch to select the centre frequency for the middle control. In addition, there is a FET input buffer, which makes the Engager Boost a good choice for connecting to a tube amp, according to Fender. True and Buffered Bypasses complete the feature list.

The Pelt Fuzz has controls for Level, Fuzz and Tone including a Bloom control to edit the sound’s ‘contour’. With the mid-toggle switch the middle frequencies can be boosted or cut away. Unsurprisingly, engaging the Thick switch is supposed to thicken the sound.

After the Pugilist Distortion, which was introduced back in the spring, Fender extends its wee range of distortion pedals with this new option. The Full Moon Distortion is designed for a more ‘brutal high gain’ sound. With a 3-band EQ, a high-treble filter and tons of options for sound shaping, Fender’s press release says it has ‘options galore’, and that it’s ready to “unleash sonic mayhem”. Behind all that marketing waffle, it lets you choose symmetrical or asymmetric clipping, while the bite switch raises the upper midrange and harmonics to provide more pick attack. A footswitch can also be used to activate an additional boost if you need even more gain.

You can never have enough effect pedals

The new Fender pedals make a good impression at first glance and seem to complement the existing portfolio meaningfully, even if the images supplied by Fender are still renderings. The first models were already well received and seem slowly to be becoming established in the market. Yes, the market for guitar effect pedals is gigantic, but apparently there is still room for more.

Stan Cotey, who was also responsible for various Fender amps and the previous round of these effects, was the man behind this original set of effects pedal designs. The three new Fender pedals are expected to be available from 5 September. 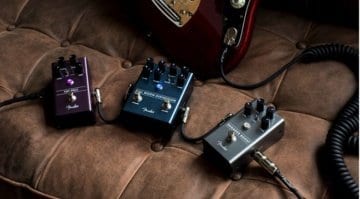 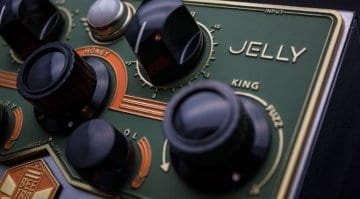 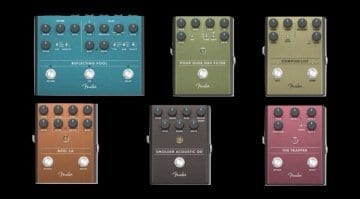